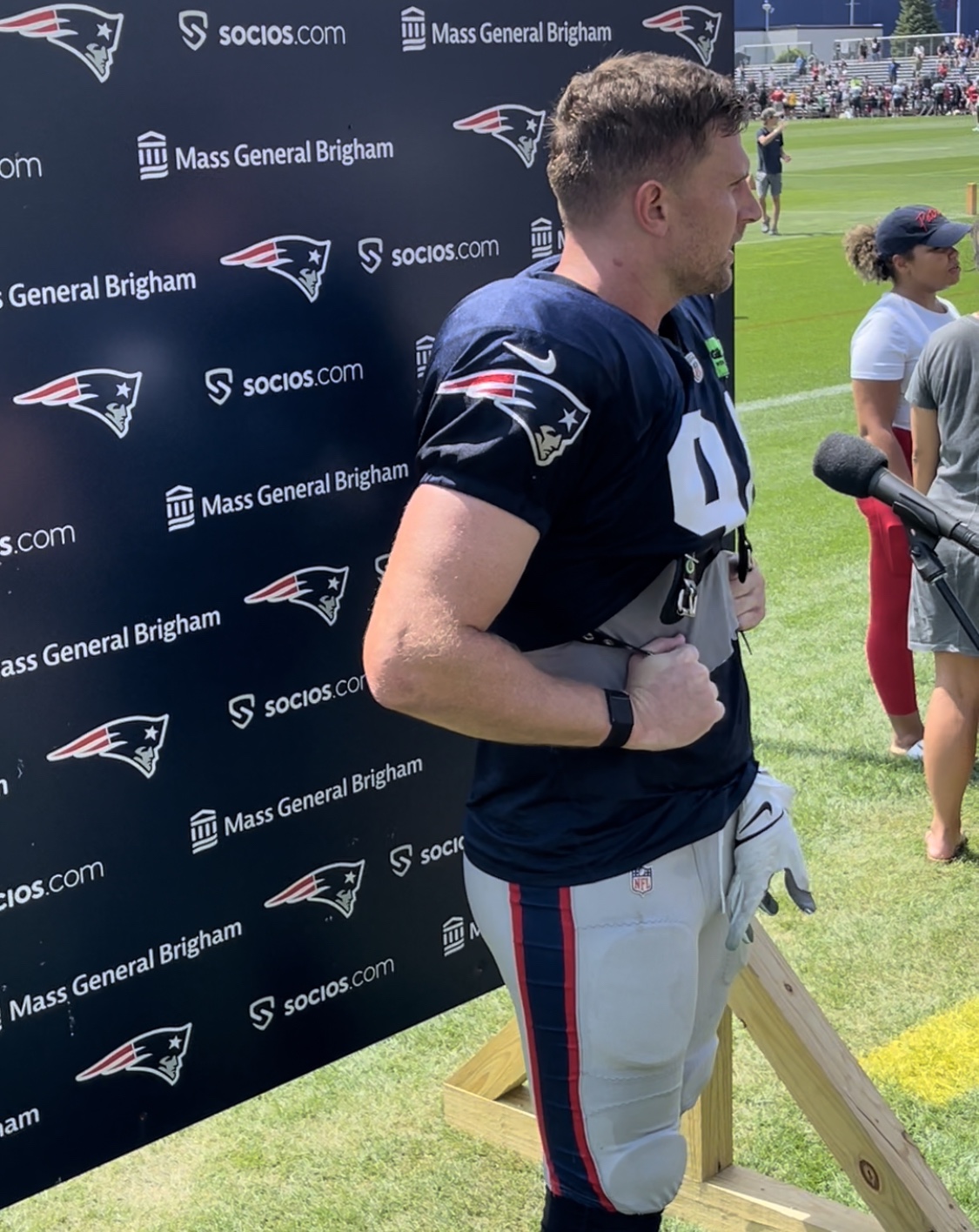 When the Patriots signed defensive end Henry Anderson to a two year deal last off-season, the move was universally applauded because of Anderson’s versatility and the possible fit.

After getting off to a slow start last season, Anderson missed the majority of the 2021 season with a torn pec. Anderson suffered the injury in Week 4 and was placed on injured reserve on October 6, 2021.

Anderson is now back, healthy and looking to make the impact the Patriots were hoping for when they signed him last spring. When asked what it feels like to be back and making plays, Anderson didn’t mince words.

“It feels good to be back. Be with the guys and making plays. For me it’s all about getting comfortable and doing the best I can.”

When asked how he felt mentally after getting hurt last season, Anderson didn’t dwell on it. It is not who he is.

“I’m not like that honestly, when I got hurt, I just attacked my rehab. I don’t get too deep or look ahead in the future. I just went in everyday and made sure I was rehabbing. Get my pec back to 100%. I’m not some deep thinker.”

One of the primary reasons the Patriots signed Anderson was his ability to play defensive end and defensive tackle based on the front and package called. Anderson talked about the importance of being versatile.

“I think versatile players are incredibly useful in our scheme. I definitely try to excel in the run and the pass. I definitely have strengths and weaknesses in both. Anderson added: “I try to work on everything so I can be someone they rely on first, second and third down.”

The Patriots defensive line has shined thus far in training camp and a healthy Anderson could help what is already a deep, versatile group.

Anderson is ready to compete and meet any challenge that comes his way after a trying first season in New England.