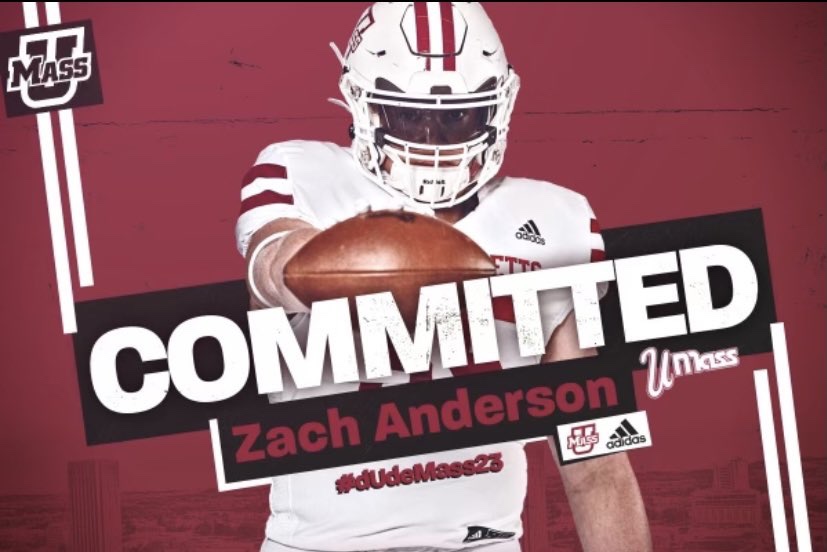 On the eve of training camp and on Don Brown’s birthday, UMass landed another 2023 commit. This time it is guard Zachary Anderson of Quince Orchard High School in Gaithersburg, Maryland.

The 6-2 275 Anderson, profiles as a guard on offense but could also play shade tackle on defense. Anderson held offers from Harvard, Brown, Yale, Charlotte, Bryant, Army and Navy among other schools. Anderson had a total of 24 offers.

Anderson is athletic, jumps defensive lineman on the snap and get on defenders in the second level quickly. He moves especially well in space.

The Minutemen have really ramped their 2023 recruiting efforts in recent weeks and have landed four commitments in the past three weeks.

Now the focus will shift to the 2022 season but you better believe that Coach Don Brown, Recruiting Coordinator Jeff Moore and the rest of the staff will be working the phones throughout the pre-season.