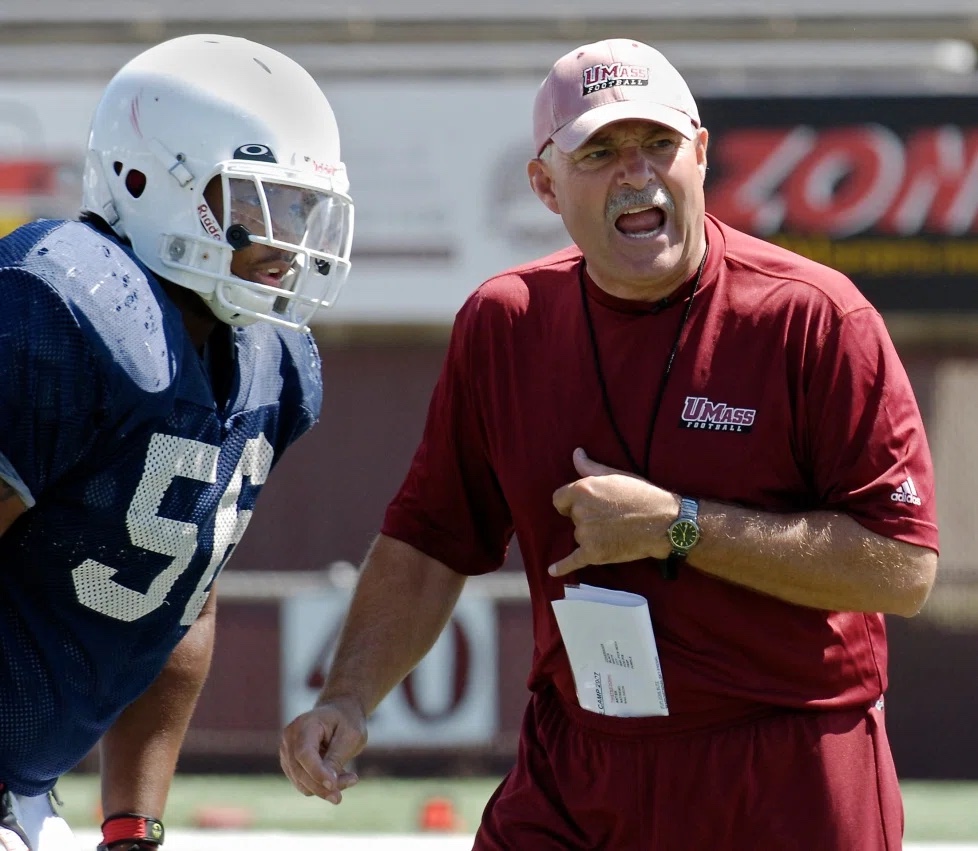 The UMass Minutemen kick off fall camp this week. It is the first camp for old friend Don Brown and his staff. After a busy off-season which saw Brown and his staff upgrade the talent through the transfer portal and raise the bar, UMass is ready to put it all together on the field.

The Minutemen kick off on September 3rd at Tulane.

Here are three things I will be watching this fall camp.

As you can see, the UMass staff has options. Offensive coordinator Steve Casula will more than likely split the reps pretty evenly early on but as a favorite emerges, that quarterback will start to get more reps as we get closer to the season opener. With the season a month away, Casula and the offensive coaches will have time to figure it out but I wouldn’t be surprised if Brown didn’t announce a starter until the week of the Tulane game.

2. Defensive improvement: Don Brown was hired for two reasons. Turn the program around and fix the defense. Let’s face it. The defense was awful under Walt Bell so there is only one way to go and that is up.

The infusion of talent through the transfer portal will certainly help but Brown’s scheme and coaching is what will ultimately get this defense turned around.

3. Ellis’ workload: Ellis Merriweather will be the focal point of the offense this season. When we visited with the Minutemen during spring ball, both Brown and Casula emphasized that they didn’t want to overwork him in practice.

I suspect that will be the case once again in fall camp. Besides, the offensive staff needs to see who else can take some carries. Kay’ron Adams and Romeo Holden figure to get touches but keep an eye incoming transfer Greg Desrosiers who could be used in a variety of ways in the run game (jet sweeps etc.) Florida product Donta Whack is another player to watch at the position. Tight end Josiah Johnson could also get touches in a direct snap package as well.

Final analysis: The first camp of the Brown Era 2.0 is underway and it is a big one. Brown set a cultural tone in spring ball but this camp will set the tone for the season. Brown and his staff will coach this team hard now and that is a good thing. If UMass is going to turn things around, it starts with culture and accountability. That’s why Brown was hired.