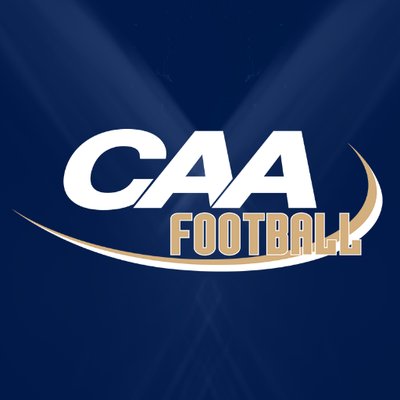 The Colonial Athletic Association had its Media Day on Thursday, and the three teams from our coverage area — New Hampshire, Maine, and Rhode Island — all expressed high hopes for the 2022 season.

For UNH, wide receiver Brian Espanet, who had a tremendous high school career at Millis, spoke about wanting to live up to the program’s strong tradition while carving a new path for the Wildcats players. A year ago, UNH went 2-6 in the CAA and 3-8 overall.

“We do a lot of talk about getting back to where we were,” Espanet said. “Obviously that run that (former) coach (Sean McDonnell) had the guys on from 2004-2016. That’s over. It’s a new identity at New Hampshire. We don’t necessarily talk about getting back to where we were for all those years. We talk about where we could go. I think that’s the culture of the team. We’re not going to be those guys from 04-16. We’ve got to start something new, start something fresh. I think bringing coach (Ricky) Santos in, it just gives us a shot at new life. We’re ready to rock.”

“If we’re going to be a contender in this league, which we hope to be, and we expect to be, the quarterback position has to play well,” Santos said. “And I think every coach would say that. Every head coach, every offensive coordinator would say, if your offense is going to put up points, the quarterback has to be the guy, I think Max (Brosmer), he has that leadership quality. He does. He throws a nice, good ball, But I think the best part about him is guys believe in him. They’re going to rally around him. Having him back under center is going to give us a great opportunity to be great.”

Maine is going over a change at the top, as coach Jordan Stevens is replacing Nick Charlton, who is now the offensive coordinator at UConn.

For Maine, the No. 6 is a special one in the program, and linebacker Adrian Otero knows what comes with it.

“It means a lot to wear the number six,” Otero said. “I’ve talked to previous players and the leadership role that comes with it. My teammates know what I can do, we come together and just ball out.”

Maine went 4-4 in the league last year and 6-5 overall, and quarterback Joe Fagnano is focused on the process of improving.

“Just controlling what we can control, really, what we focus on,” Fagnano said. “Just letting everything that’s out on the outside handle itself. And being better than we were the day before, just continuously getting better throughout camp, throughout the season. Just being better, not only individually, but as a team. Just keep growing.”

For URI, the Rams keep taking steps in the right direction, and were 4-4 in the CAA and 7-4 overall last year.

“To continue to push it forward (is the goal),” quarterback Kasim Hill said. “We missed the playoffs last year. We didn’t achieve two of our goals. There has been a lot of motivation going in to spring ball and offseason training to where (we want) to reach both of those goals. I think everyone has been working hard and striving to achieve those.”

Linebacker/safety Henry Yianakopolos is a defender who can do a lot of things well.

“When I first came in here, I was strictly a safety,” Yianakopolos said. “I just knew that I was a lower-level player in terms of I wasn’t necessarily recruited a ton. So I was going to come in here and I was going to be a special teams guy, and I embraced that role. I just wanted to get on the field any way that I could. With the old coaching staff, I didn’t see much of a space going on there, and I felt like I wasn’t going to develop in that system. And what coach (Jim Fleming) was able to bring in with these new coaches, I bought right in to their system with these new coaches. I think (defensive coordinator) Jack Cooper gave me an opportunity to be versatile in the program. He just told me to take to the playbook, be as versatile as you can, be able to play as many positions as possible. I think I ended up playing six positions out of the 11 on defense last season.”