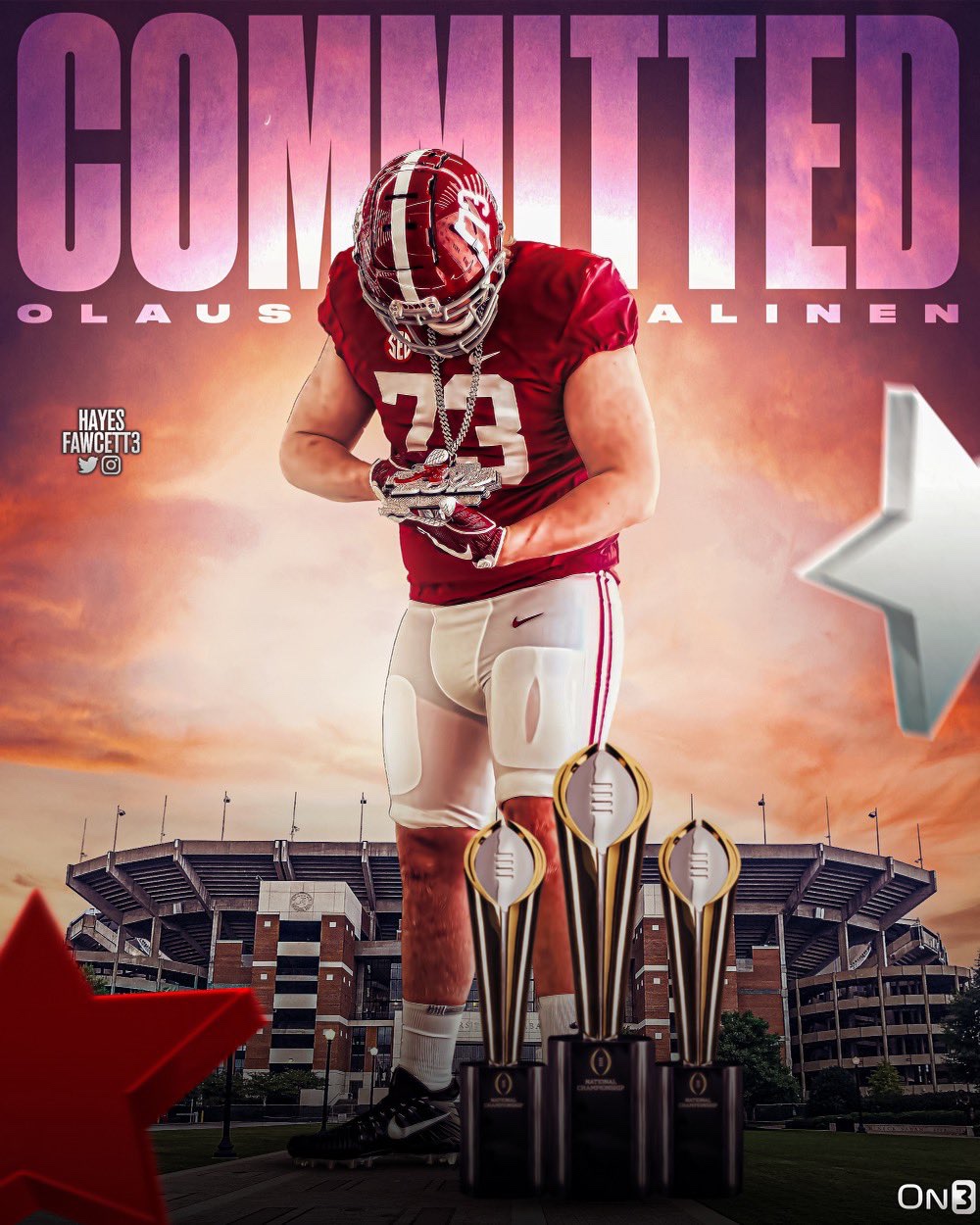 After a year of being one of the most heavily recruited offensive lineman in the nation, Loomis-Chaffee offensive tackle Olaus Alinen announced this morning that he is committing to the University of Alabama.

Alinen picked Alabama over Ohio State, Oregon, Georgia and Miami. Alinen had 45 total offers but narrowed it down to these five schools a few weeks ago.

The native of Finland has only been in the United States for two years but in that time he has gone from a raw talent with upside to one of the top recruits in the Class of 2023.

Alinen came to the United States thanks to former Loomis-Chafee coach Jeff Moore who along with Gridiron Imports facilitated Alinen arrival to the States.

Despite being from Finland and playing hockey as a kid, Alinen was no stranger to football. His father Klaus played for the Atlanta Falcons and the Berlin Thunder in NFL Europe. Klaus passed his love of the game onto Olaus and as he developed physically, the family made the difficult decision to sending him to school in the U.S.

As for why he picked Alabama, Alinen referenced Alabama’s rich history and the program’s track record for developing talent.

“It was my dream school when I started following college football. What Coach Saban has done with developing players, they want you to be successful as a human being, in football, academically and in your future career. Alinen added: “You get to play for the best program of all-time. It’s a huge honor.”

Alabama has struggled a bit when it comes to the Class of 2023. 24/7 currently has them ranked eighth. The addition of Alinen will certainly help that ranking.

Alinen is only scratching the surface. He still has another year left at Loomis-Chaffee so he can develop further and put himself in a position to compete for playing time when he heads off to Tuscaloosa next year.

Get used to seeing Alabama recruiting New England more. The talent is here and the Bama brand resonates with young men in this part of the country.