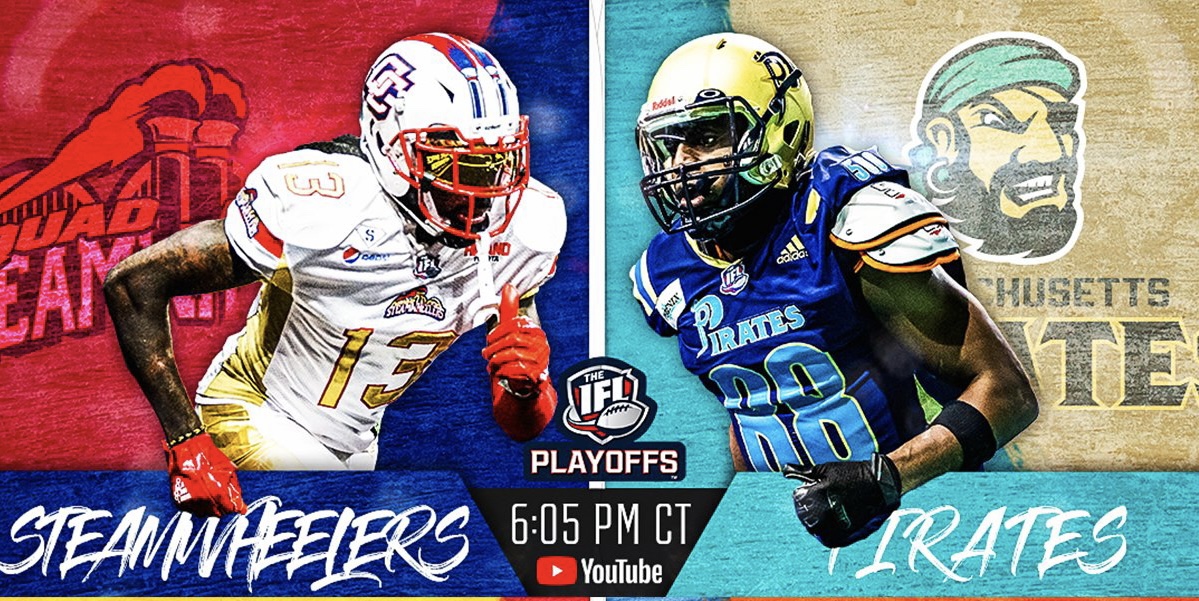 It’s playoff time! What happened in the regular season means nothing now. It’s the second season and the Pirates are about as healthy as they can be this time and ready to defend their IFL title.

To do it, they will have to beat Quad City. The Pirates beat the Steamwheelers 36-25 on April 3rd in a back and forth game. So expect another tight game with more on the line this time.

1. Strike first and strike fast: The Pirates offense is back on track and with Alejandro Bennifield back, they should have their swagger back. Scoring first and carrying the play will be key tonight. The Pirates are a tough out when they play ahead.

2.Stop Hilliard: The Pirates will need to control the line of scrimmage and slow down running back E.J Hilliard. Hilliard was second in the IFL in rushing during the regular season. He’s the guy the Pirates need to stop.

3. Generate turnovers: I think this game will be close. Extra possessions could be a big key. The Pirates defense needs to step up and generate turnovers. Generating turnovers is the key in any games, especially in the playoffs.

Final Prediction: Pirates 40 Steamwheelers 26: I think this game will be tight for three quarters but the Pirates will pay away late. Massachusetts is healthy and ready to defend their crown. This is their time of the year and they will prove it by beating Quad City.