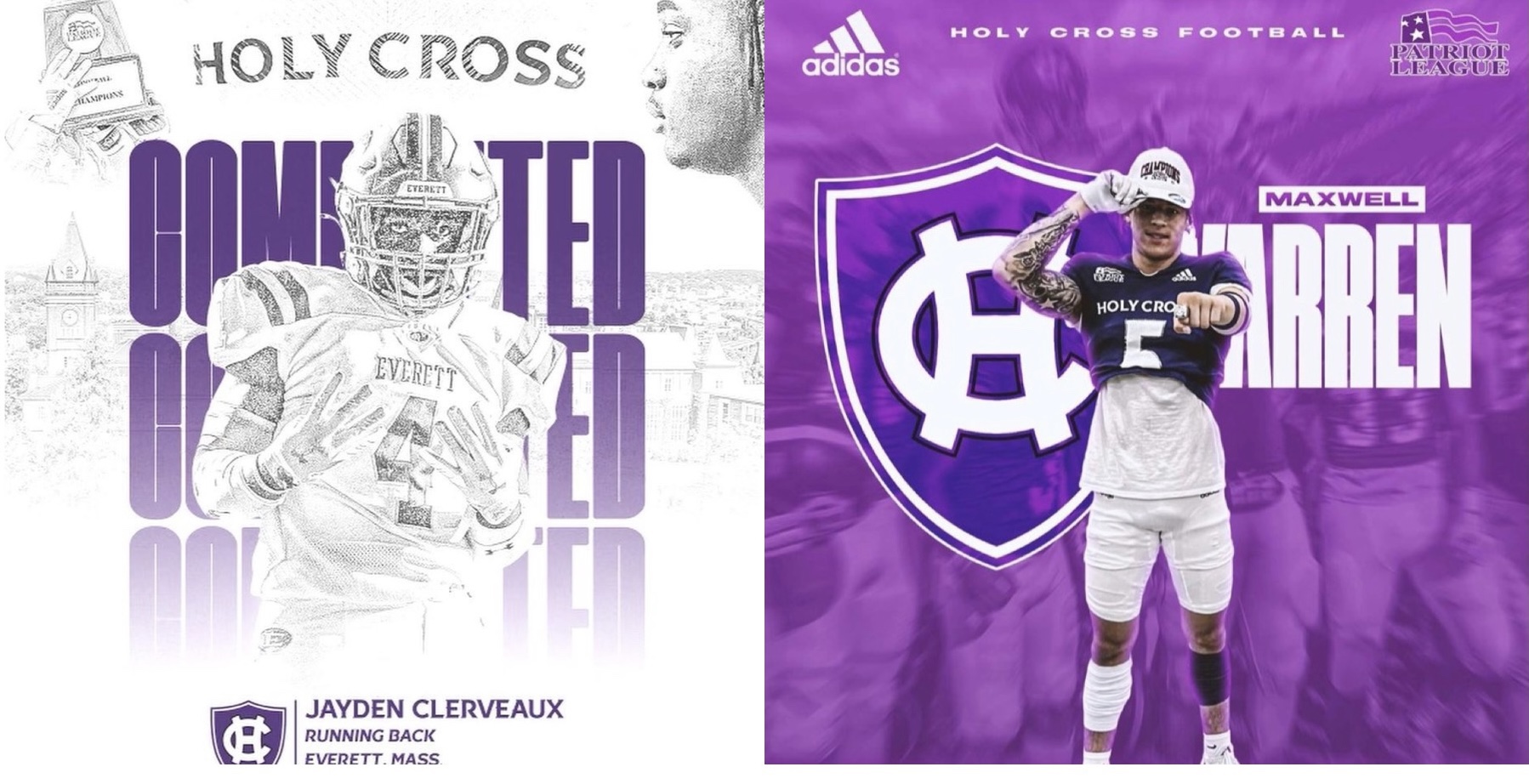 Bob Chesney and his staff have had a great month in recruiting. First they landed offensive lineman Bennett Nunnally out of All Saints Episcopal High in Fort Worth Texas and William Janis out of the Brunswick School in Connecticut. Both committed to the school in a two day span.

The Crusaders followed that up this week by picking up commitments from former Everett and Williston running back Jayden Clerveaux and former St. Joseph’s and Avon Old Farms wide receiver Maxwell Warren.

At 5-11 215, Clerveaux is the big power back Holy Cross likes to pound the ball inside the tackles. Clerveaux runs with good balance, absorbs contact and has a pretty good second gear for a back his size. He has a lot of upside and will be even better after a year of prep school.

Warren has good size at 6-0 175 and has the potential to add to his frame. He has run a 4.4 forty and routinely shows the ability to win off the line, stack corners and separate. He is a play maker in the screen game as well and could be a factor in the return game also.

Chesney and his staff continue to recruit well nationally but landing two New England recruits like Clerveaux and Warren solidifies their footprint in the region and makes them a player for some of the top players in the area.