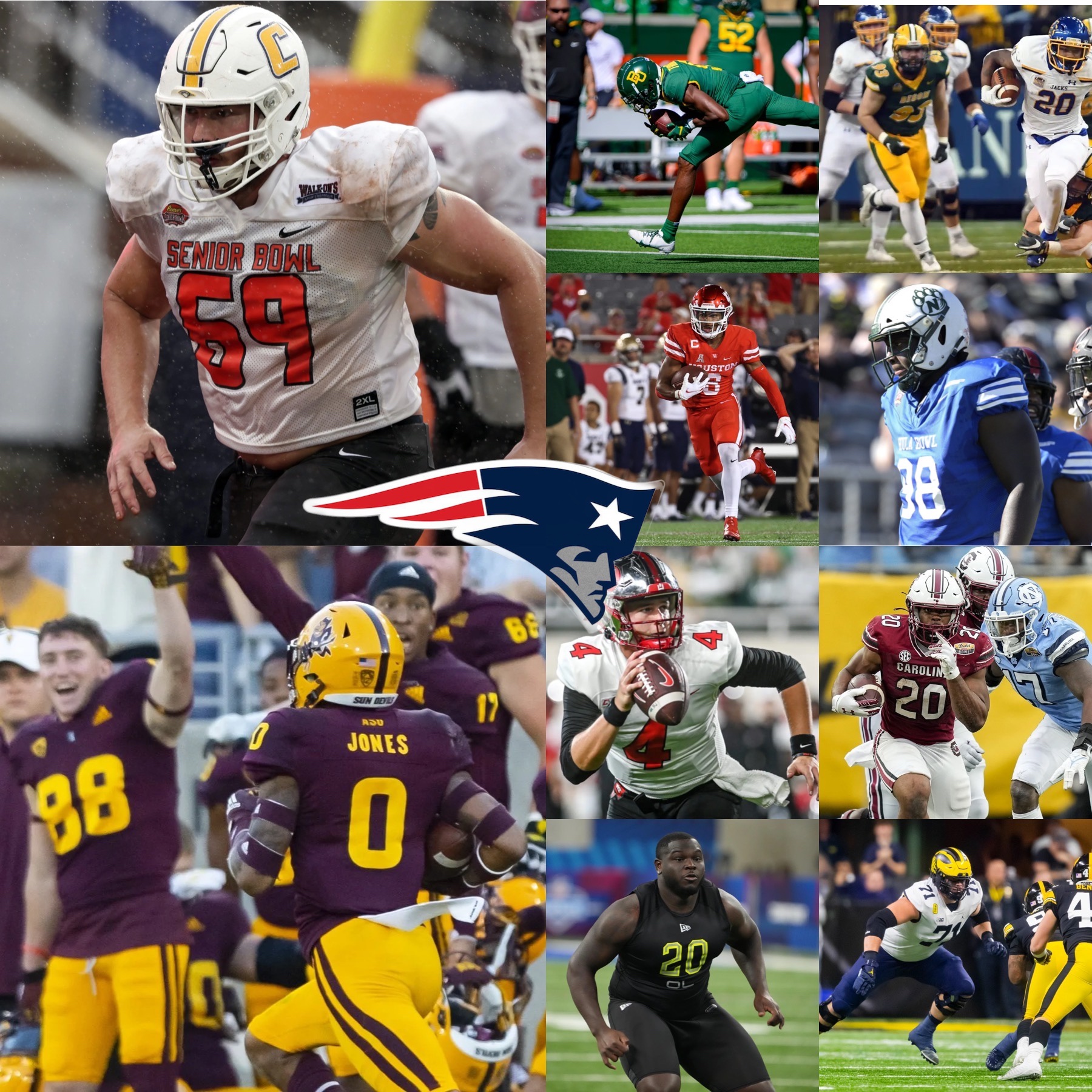 Patriots rookies report for the start of training camp tomorrow. The Patriots selected 10 rookies in April’s draft and will have several other rookies that come to training camp as undrafted free agents.

After finishing 10-8 last season, expectations are once again high in New England. The fans expect a team that can contend for a Super Bowl but the reality is, the Patriots are not a Super Bowl contender based on last season.

If that is to change, they will need significant contributions from the free agents they signed and the rookies they drafted.

Strange needs to start at right guard from day one. At 6-4 307, he has the size and athleticism to develop into a future Pro-Bowler. He is 24 years old so there is no need for him to marinate on the bench as a rookie. Strange is a major upgrade for the Patriots at guard.

Thornton will have a more difficult time finding reps in the Patriots crowded receiver room but his ability to stretch the field and make big plays in the passing game gives the Patriots a dimension they currently don’t have. Thornton needs to have a strong camp to break into the rotation. If he does, I think he has the potential to change the composition of this offense.

Marcus Jones and Jack Jones are a part of a crowded secondary but both could make an impact as rookies.

Marcus Jones could return punts and help the special teams. The Patriots lacked a dynamic return man last season. Jones could be that guy.

Jack Jones on the other hand had a strong mini-camp and positioned himself to be in the mix to start at outside corner. Jones is exactly what the Patriots want physically at the position. He has ideal size, is instinctual and he has terrific ball skills. He would have to beat out Malcolm Butler and Terrance Mitchell but Jones is certainly capable of winning a starting job.

The rest of the draft class will need some time to develop. Running backs Pierre Strong and Kevin Harris could get some carries during the regular season but they will need to have a strong camp in order to enter the rotation with Damien Harris and Rhamondre Stevenson.

Bailey Zappe is smart, accurate and can run the offense and manage things. It will be interesting to see if the Patriots carry three quarterbacks and keep Zappe on the active roster.

Sixth round pick Sam Roberts has a legitimate shot at making the team and entering the defensive line rotation. He has length and offers some upside as a pass rusher. Roberts, won the Cliff Harris Award which honors the Division Two defensive player of the year. Kyle Dugger won the award his senior year.

Offensive lineman Andrew Stueber and Chasen Hines both have upside but are raw and will need time to develop. Like Justin Herron and Michael Onwenu, they are versatile in that they can play guard or tackle.

The Patriots drafted players that can come in and play right away. If they plan on contending, these young men need to grow up fast and contribute right away.