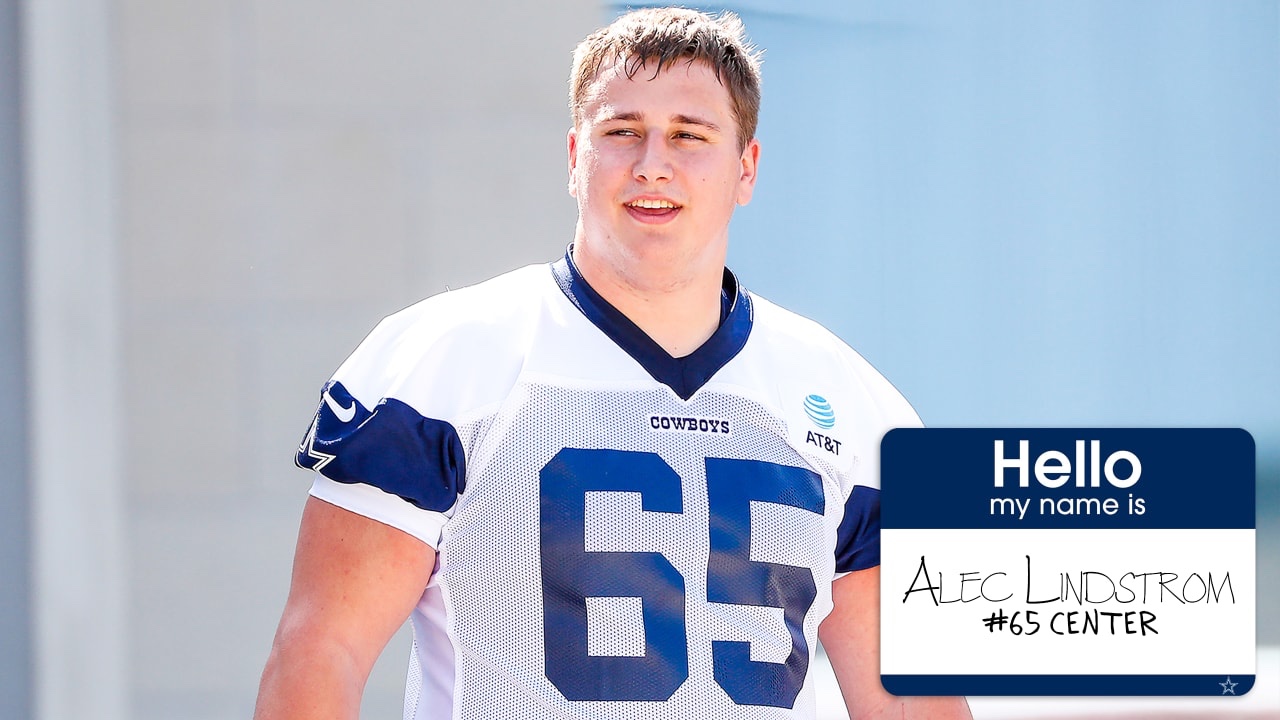 
Aside from a different kind of heat and less traffic, Texas isn’t all that different from Massachusetts.

Lindstrom was back home for a bit earlier this past week visiting some familiar faces at BC and speaking to kids at Shepherd Hill’s Summer Sports Academy, but on July 23, he officially starts his push for a spot on the 53-man roster when rookies report.

“The first thing you notice right when you get off the plane is the heat,” he said when asked what the biggest difference was so far after living in the Commonwealth his whole life.

“The heat is different, it’s 100-degrees or more every day. I was just down there last week with my brother and the last day we were there it was 110, but it felt like 116. It’s hot, it’s humid, but it’s awesome, I love it. Not a lot of traffic, so that’s another big difference, but it’s so open and everything. It’s so nice even when it’s hot. I love it. I’m really happy down there.”

The ability to come back and speak meant a lot to Lindstrom, knowing what kind of impact the same type of speeches had on his life as a kid growing up in little-known Dudley, Massachusetts.

“I was asked to come in and talk to the kids and it was awesome,” he said. “I went there and when I was a little kid, whenever someone would come in and talk about what they’ve done and how they’ve done it, it was always awesome to see someone from your town, from where you are, do something big.

“Being able to go there and tell these kids if they put their mind to it, they can do whatever they want if they work hard and they have a passion for what they do, they can accomplish whatever they want. If I can become a role model for them, that’s awesome. Even if they just took one thing that can help them get ahead in life then that’s awesome.”

Even though he hasn’t participated in a real practice or played in a preseason game yet and is still waiting for his first real “holy crap” moment, Lindstrom did say he had to pinch himself a few times when he first arrived to the Cowboys’ facility during rookie minicamp.

“I think I had (that moment), but I also think I have a lot more to have,” Lindstrom acknowledged. “The first “holy crap” moment was when I was sitting there before the start of the first rookie minicamp. You go through all these meetings and I was like, ‘this is really happening. I’ve been working at this my whole life,’ and then it feels like I was at BC forever.

“Then, you go down, you put your cleats on, you put your practice jersey on, you put the helmet on, you walk out and next thing you know it’s rookie minicamp and there’s 50 reporters there with cameras and it’s like wow, this is real.”

There’s usually five or six reporters at most on a given day at BC practice during the season and maybe 10 in postgame press conferences, so even the amount of media coverage has been something Lindstrom wasn’t ready for. That, and the lack of privacy that now comes with it too.

“That’s another big difference, the media is allowed in the locker room. I’m going to shower with just a towel on and there’s like 50 reporters and cameras and I’m just like oh, this is different,” he said with a big laugh.

As you’d expect, being teammates with guys like Dak Prescott and Ezekiel Elliott has been pretty cool as well.

“It’s awesome,” he said. “Coming in as a rookie, having guys like that in the Cowboys organization, it can be nerve-racking, but they’ve been awesome. Everybody’s great. You hear a lot of rookie horror stories, and I don’t know about other teams, but for us it’s not like that. Everyone’s welcoming, everyone’s good to us.”

Of course, the million (or billion) dollar question is, what’s Jerry Jones like?

“I’ve listened to him talk twice and he’s very well spoken,” said Lindstrom. “You can tell he loves the Cowboys and he really wants to win. From those conversations, he loves us, he loves the Cowboys like its his baby (because it is) and he’s just purely dedicated to winning. When you walk in the building, the first quote you see is a Jerry Jones quote that says ‘we must win, we will win, winning is the name of the game,’ so it’s pretty cool listening to him speak with the passion he has for this team.”

One of the best parts about this experience for Lindstrom is that he’s been able to share it with another New England guy. Former Harvard running back Aaron Shampklin is also looking to make the Cowboys’ 53-man roster. The two have developed a nice friendship during the process.

“It’s funny, I didn’t know Aaron before I got there and we were doing introductions. He’s like, ‘you guys can call me Shamp, I’m from Harvard,’ and I’m like, ‘how have I never heard of this guy before?’ Then at one of the charity events we did I had the opportunity to talk to him and really get to know him, he’s an unbelievable guy and an unbelievable player. This guy can move and he can make plays.

“You put us in a room together, that’s a pretty smart room right away between BC and Harvard, that’s something we’ve got to take advantage of.”

To his credit, Lindstrom isn’t just happy to be rubbing elbows with some All-Pro players, he knows as a free agent signee that his spot on the team is not guaranteed by any means, and that’s a challenge he’s fully embracing.

Even if it means doing things he hasn’t in a long time.

“The mentality I’m going to have going in is the mentality I’ve always had,” Lindstrom added. “I’m going to work as hard as I can and be a great guy. I’m playing center, I’m playing guard, I’m long-snapping again…I’m doing everything I can to get a spot on the 53-man roster and also help this team win a Super Bowl. It just comes down to who I am and what I’ve always done.

“I’ve always been told I can’t do stuff my whole life. I’ve been told ‘you’re not good enough,’ and I’ve always just put my head down and worked my ass off and that’s what I’m going to do again. Whatever happens, happens, but I’m going to know I put everything into it.”