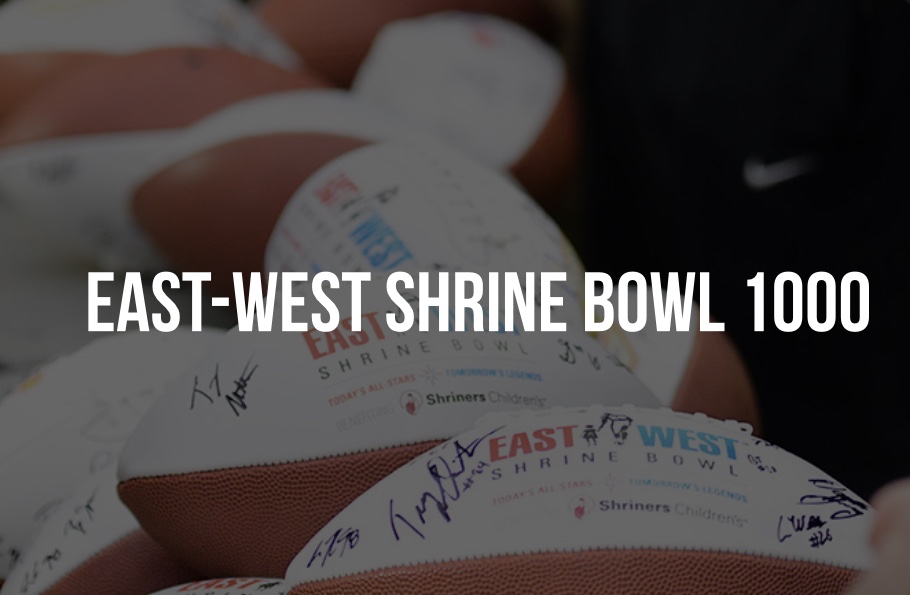 The East-West Shrine Game announced their top 1,000 draft eligible prospects list for 2023 yesterday. 14 players from New England made the list. Here is who made the list and from which school:

There is some serious talent on this list. For Boston College, Phil Jurkovec and Zay Flowers are one of the top duos in the ACC and project as day one or two draft prospects. Josh DeBerry and Jaiden Woodbey are also draft candidates as well. They along with Elijah Jones lead one of the top secondaries in the nation. Jones and Jaeden Gill at minimum are PFA’s.

Liam Anderson doesn’t get the attention he deserves for Holy Cross but he certainly fits the NFL profile in terms of physical tools. At 6-3 225, he can easily pack on another ten pounds and maintain his size and speed.

Darion McKenzie’s has been on the NFL radar for two years now. He is long, athletic and can play corner or safety.

Jackson Mitchell was one of the most productive linebackers in the nation last season. The Connecticut native started in all 12 games for the Huskies and led the team in tackes, totaling 120 with 6.5 TFLs, and 1.5 sacks.

UMass running back Ellis Merriweather burst on the scene last season rushing for 1,138 yards and 5 touchdowns last season. He is poised for an even bigger season in 2022. At 6-2 225, he is a big back that can be a workhouse or a short yardage specialist in a committee backfield.

At 6-0 190, Josh Wallace has good size. He is athletic and twitchy. He can play outside or in the slot, Wallace will thrive in a scheme that features a lot of man coverage.

Defensive tackle Billy Wooden profiles as a shade nose tackle. He could make a lot of impact plays in Don Brown’s defense as a one gap penetrator.

Kasim Hill is one of the top dual threat quarterbacks in the country and one of the top signal callers in the CAA. He will be the centerpiece of an explosive Rams running game.

Cornerback Jordan Jones came on last season for URI in the secondary and was the team’s best defensive back down the stretch. He has good size, speed and ball skills. He can play in the slot or outside.