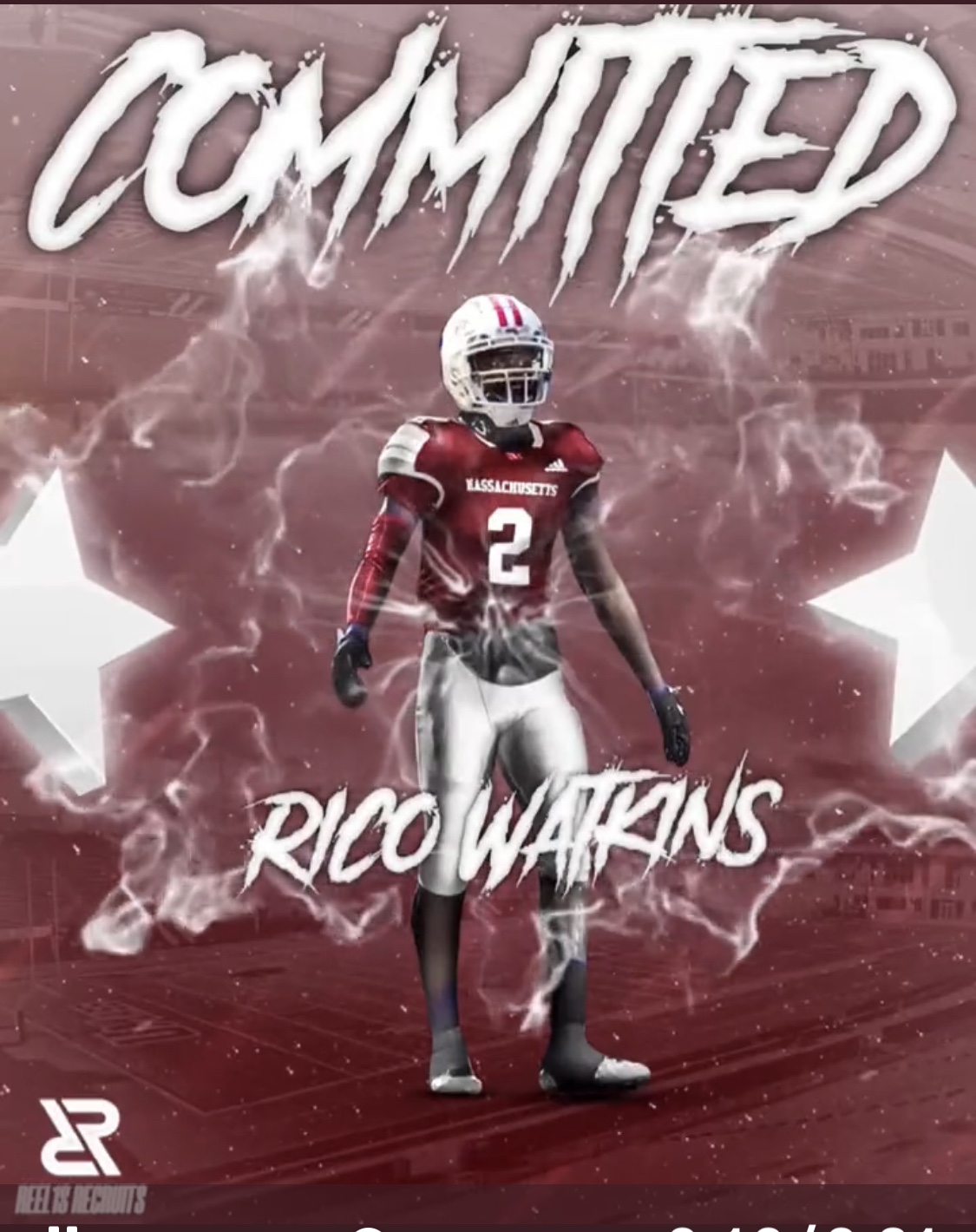 For the second time in three days, UMass added another three star recruit in the Class of 2023. This time it is wide receiver Rico Watkins who like the recently committed Tristan Sion comes to Amherst from James Rickards High School in Tallahassee, Florida.

Watkins was rumored to be following Sion to Amherst after Sion committed this past weekend. Apparently Sion’s recruiting pitch to join him worked because Watkins committed two days later.

The 6’0 185 pound Watkins held 14 total offers and picked UMass over Arkansas, Mississippi State, Oregon and Vanderbilt among others.

Watkins should be a great fit in offensive coordinator Steve Casula’s offense. He runs a three level route tree, catches the ball with ease and is explosive after the catch. He can be a factor vertically and on perimeter screens. Watkins can also return kicks.

Sion and Watkins are arguably the two highest rated commits in program history. Their commitments speak volumes about what the perception of the UMass football program is now under Don Brown.

Times have changed. This staff has national coaching ties. They know high school coaches across the country and those coaches are encouraging their kids to consider UMass. It is only the beginning. You will continue to see more three and possibly four star recruits considering and committing to UMass.