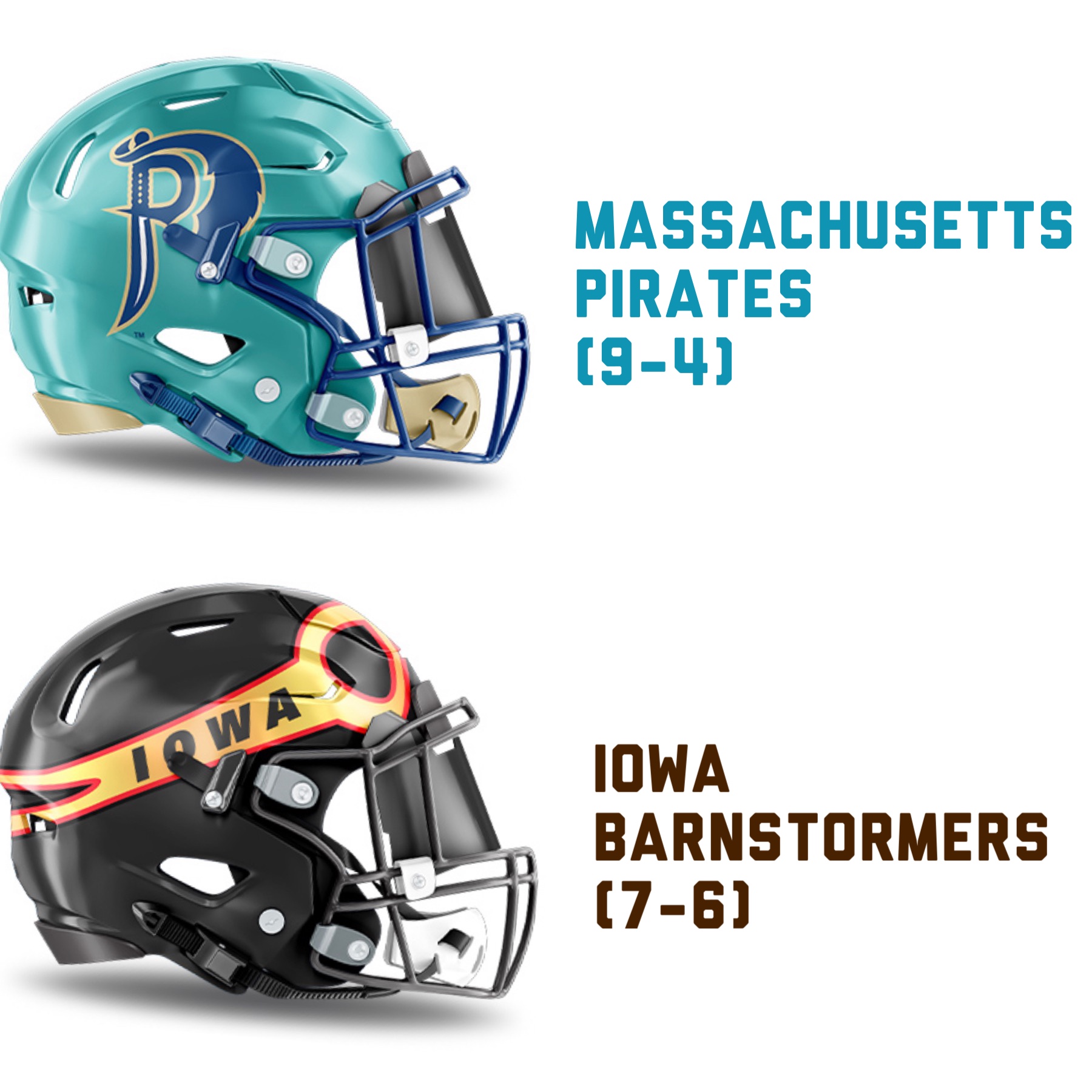 The Pirates visit Iowa tonight after securing a playoff spot last week with a win 69-55 win over Sioux Falls.

This will be the second meeting of the season between the two teams. The Pirates beat Iowa at home 36-22 on April 23rd.

Here are three keys for the Pirates as they look to improve their standing in the playoff picture.

1. Keep it rolling offensively: The Pirates offense woke up last week in a big way. They need to keep it going this week against an Iowa defense that has been generous this season. The Barnstormers are giving up 50.1 points per game.

2. Keep Darius Peterson in check: The Barnstormers quarterback is one of the top dual threat quarterbacks in the IFL. He can beat you throwing the ball but he’s a threat running it too. Peterson gives the Barnstormers balance and makes them tough to defend. The Pirates have to control the line of scrimmage and generate a pass rush otherwise they will be in for a long night.

3. Get Owens going early: Owens leads the IFL with 20 touchdown receptions. He has been a nightmare for defenses all season long despite the revolving door at quarterback. Get T.O the ball early and often.

Final Prediction: Barnstormers 36 Pirates 28: I feel this will be a tough game to win. The Pirates have already clinched a playoff spot and now it’s about playoff seeding. Iowa still has a shot at making the playoffs. They’ll be desperate and that will be the difference in this one.