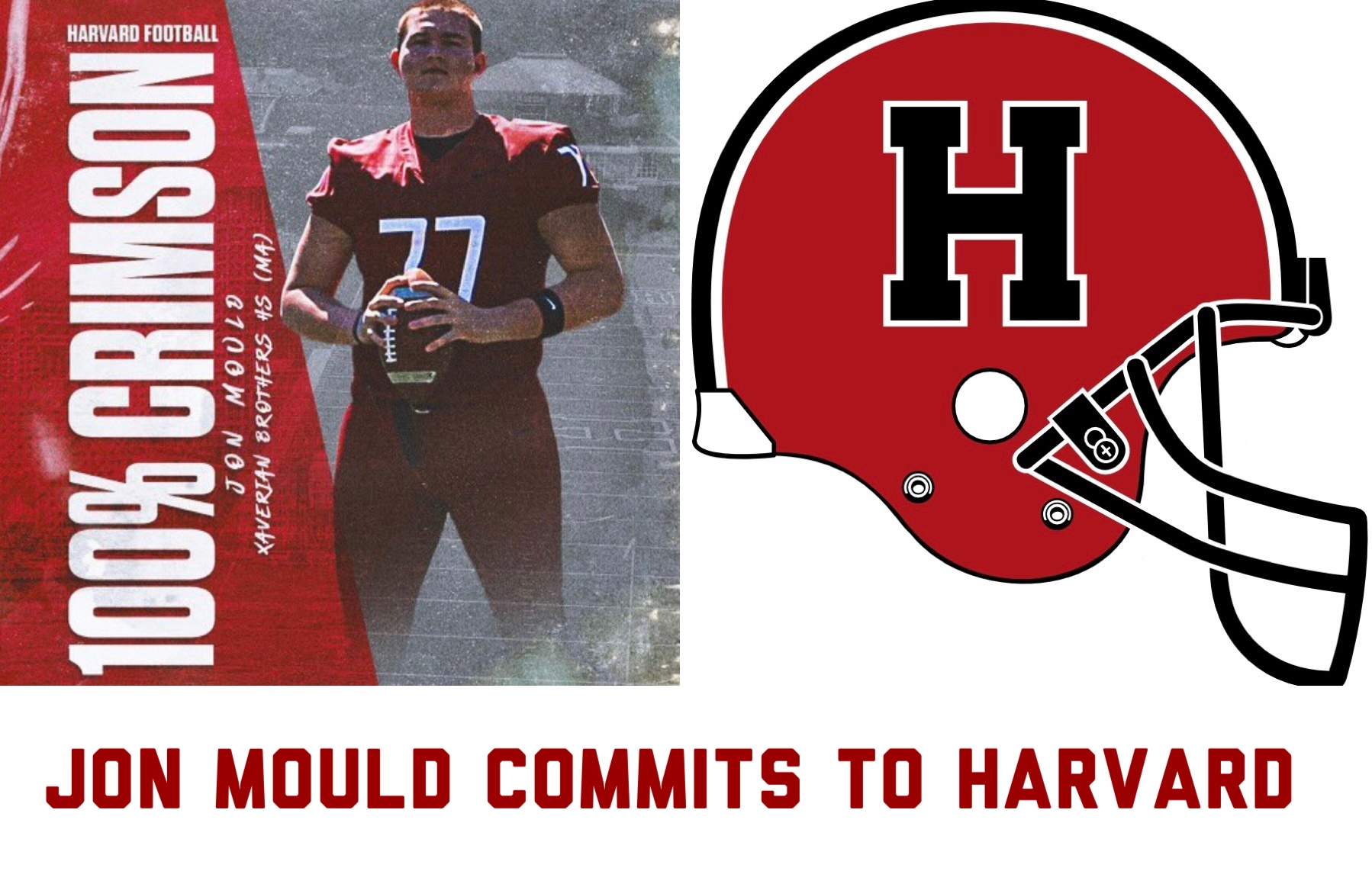 One of the top offensive linemen in New England has made his college decision.

Jon Mould, a 6-foot-6, 290-pound rising senior from Xaverian, announced on Twitter Tuesday that he has made a verbal commitment to Harvard.

Committed. Without the unwavering support of my family, coaches, and friends I could never have reached where I am today. While I am excited for the next chapter of my life to begin at Harvard, my focus now lies on playing with my brothers for one final season. pic.twitter.com/S199n5iobS

Mould had plenty of good options to choose from. He recently gained scholarship offers from both Pittsburgh and Syracuse. Mould also had offers from UMass, Air Force, and Army, among others.

Very early on in the process, Mould gained offers from nearly every Ivy League program. Although he was able to gain Power 5 opportunities along the way, it was the local Ivy League school that he went with.

Every recruiting cycle, Harvard has commits who also hold Football Bowl Subdivision offers. Many prospects choose the Ivy League school and the education it provides, as Mould did here.

Mould is an interesting prospect. He has some versatility, as he can play either guard or tackle at the next level. What sets Mould apart though is his athleticism. Mould has a rare ability to run well at his size.

The sky is the limit for Mould. He is relatively new to football from a playing standpoint, and will only get better as he gets stronger in a college strength and conditioning program.

Harvard got a good one. It will be exciting to follow Mould’s career with the Crimson.