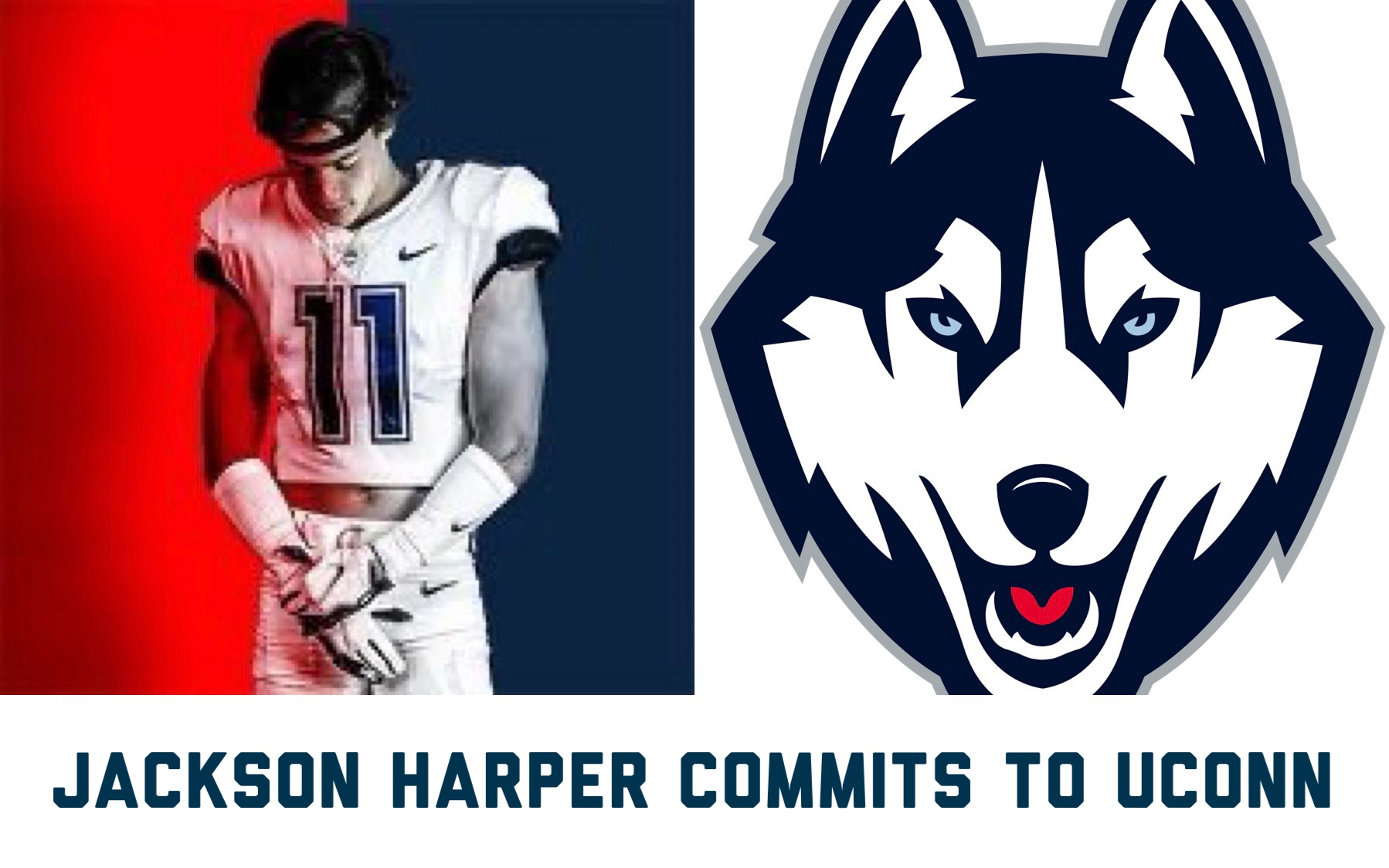 Avon Old Farms wide receiver Jackson Harper announced his commitment to UConn on Thursday. The decision was a no brainer as Harper wanted to play FBS College Football and he wanted to do it closer to home.

“I made the decision to come to UConn because of the relationship I have with the coaching staff and I want my friends and family to be able to watch me play in college.”

The relationship with the coaching staff was a big part of it for the three star receiver. It seems to be a common theme with the UConn coaching staff. Commits have talked a lot about the relationship they have formed with Jim Mora Jr. and his staff. A shift in culture and a change in direction is another reason why Harper committed.

“Coach Mora and the staff are changing the whole culture of the program and they are heading in the right direction and I want to be apart of it.”

The recruiting process can be arduous. Harper had offers from 20 other programs including Army and Air Force so he has been a busy man this spring. He is relived that the process is over.

“I’m definitely relieved the process is over and I can focus on winning a championship this season with my AOF brothers.”

Harper is at peace with his decision and based on my conversation with him, UConn was a no brainer decision.