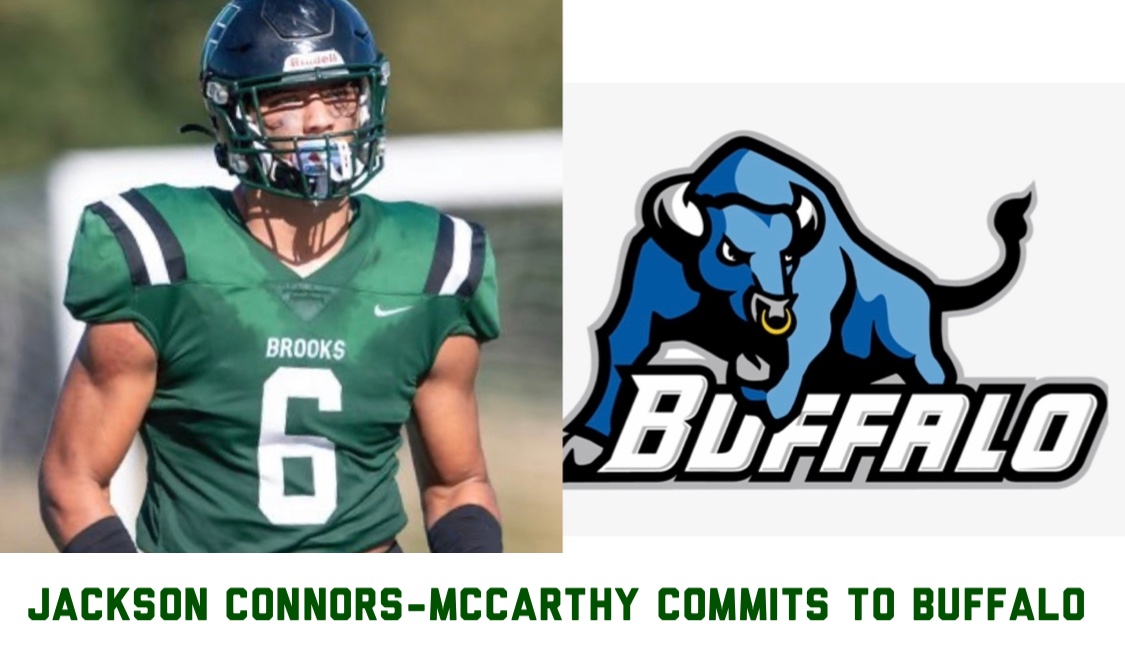 One of the top players in the Independent School League made his college choice on Thursday when the Brooks School’s Jackson Conners-McCarthy made his verbal commitment to the University of Buffalo.

Conners-McCarthy, who began his career at Andover High before transferring to Brooks, is an interesting prospect, because he is not so easy to pigeonhole.

At 6-foot-2, 215 pounds, he can play any number of positions well. On offense, he has played both tight end and wide receiver. He has good hands and speed, and is excellent after the catch.

On defense, Conners-McCarthy projects best as a linebacker. He is very physical, and a strong tackler both inside the box and elsewhere.

Conners-McCarthy was an all-ISL performer this fall, and was a first team wide receiver in NEFJ’s ISL Super Team.

According to 247sports.com, Conners-McCarthy also had offers from UMass, Akron, Bryant, and Fordham.

This is a good pickup for Buffalo, which has been more active in the Boston area for recruiting in recent years.