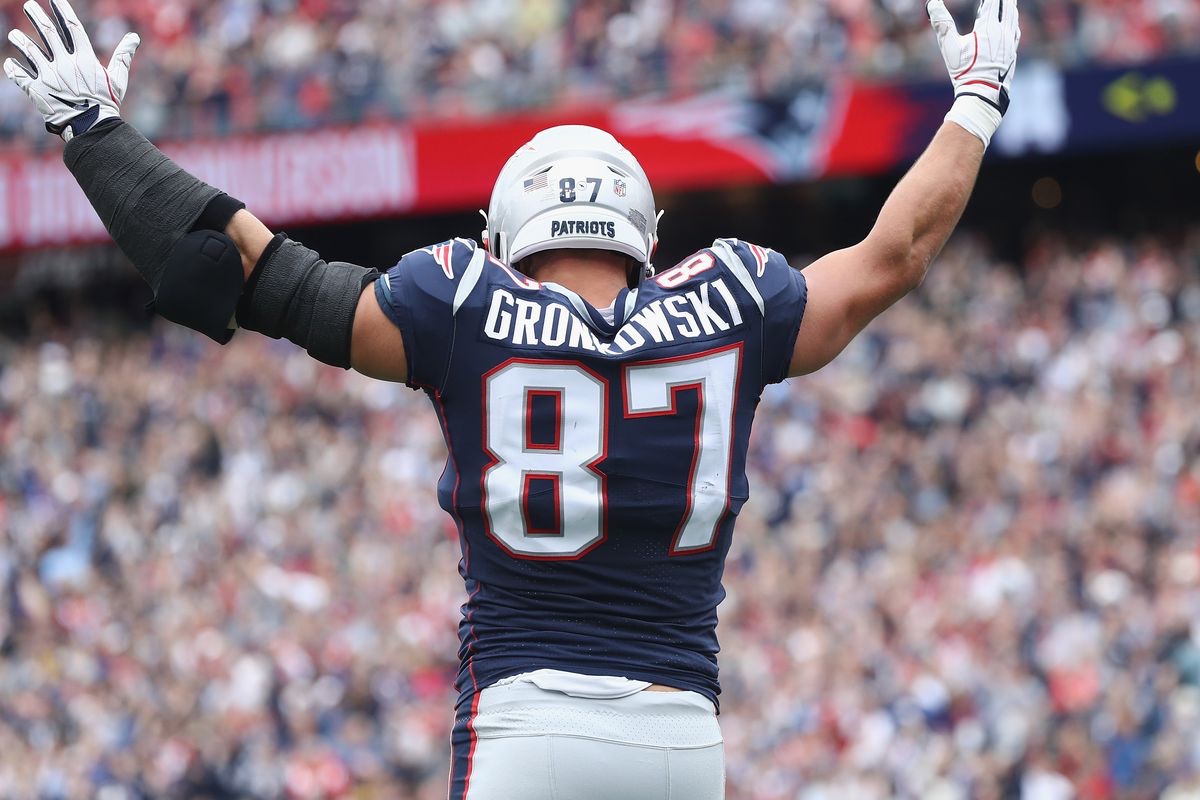 Rob Gronkowski, the greatest Tight End in NFL history, announced his retirement (again) on Tuesday. Gronkowski ends his career with 621 receptions for 9,286 yards and 92 receiving touchdowns in addition to one rushing touchdown. He won four Super Bowls, three with the Patriots and one with the Buccaneers. In honor of his retirement, here are the top five moments of his career:

The Patriots lost Super Bowl LII, but Gronkowski did everything he could in a dominant performance. New England scored 33 points, the most by a team to lose a Super Bowl in league history. Gronk finished with 9 catches for 116 yards and two touchdowns, including this beauty of a catch.

Gronkowski set the single season record for touchdowns by a Tight End with 18 in 2011 and he continued his dominance in the Divisional Playoffs. He totaled 10 catches for 145 yards and 3 touchdowns in a 45-10 rout. This game was also the merciful death of Tebowmania.

The Patriots were beat up towards the end of 2015, but still made the AFC Championship Game and were a two-point conversion away from going to overtime. Gronkowski was sensational, with 8 catches for 144 yards and one touchdown. His two fourth down receptions on the final drive are arguably the two most clutch moments of his career.

This game was a dominant performance by Gronkowski, remembered mostly for him tormenting the Pittsburgh secondary in the second half. He had 9 receptions for 168 yards and a two-point conversion. His shoe-string catch with 1:02 left was one of the best of his career.

Gronkowski’s first Super Bowl win featured several huge plays from the future Hall of Fame Tight End. He had a late second quarter touchdown and two massive receptions on the go-ahead drive in the fourth quarter. He finished with 6 catches for 68 yards and the one touchdown.

Gronkowski suffered through injuries in 2018 that finally began to slow him down and eventually caused his first retirement after the season. His final Patriot highlight was a spectacular diving catch that set up the game winning (and only) touchdown of Super Bowl LIII.