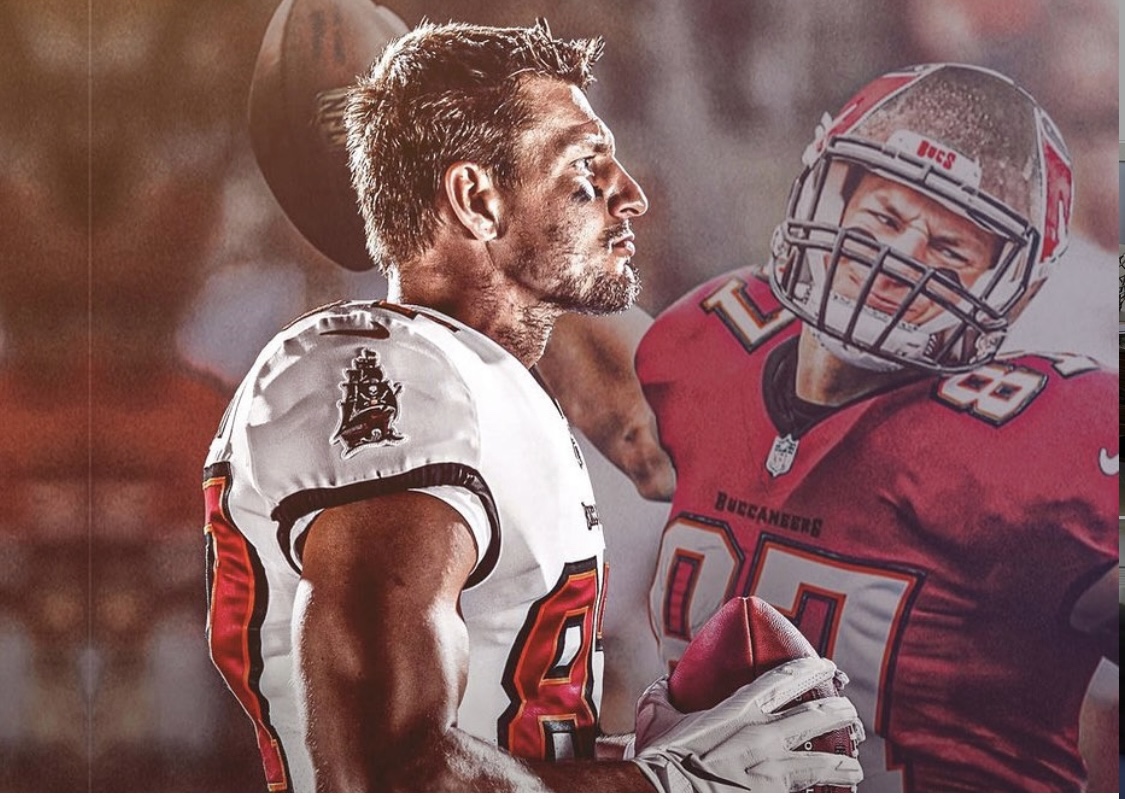 Rob Gronkowski is retiring again. The former Patriots and Buccaneers tight end made the announcement yesterday on his Instagram account.

The announcement comes as a little bit of a surprise. Many industry insiders believed Gronkowski would ultimately come back after Tom Brady announced he was unretiring. Ultimately, Gronkowski decided to hang them up again and by all accounts this is it.

Of course you can never say never especially come playoff time. Brady can be very persuasive when it comes to recruiting guys especially former teammates. I wouldn’t be surprised if Gronk ended up coming back to the Bucs in November.

Despite that, I do think Gronkowski is done. He has taken a beating physically. He has accomplished about as much as one player can accomplish at the tight end position. The numbers speak for themselves.

32 one hundred games (Most all-time for a tight end)

What more is there left for Gronk to do? He has done it all.

I am disappointed that he did not mention the Patriots or Patriots fans in his post. Yeah, I know he did it the last time he retired but whatever. A mention wouldn’t have hurt. Then again, I am not surprised that he didn’t. Both he and Brady were bitter out the door and apparently they are still unhappy with the organization for some reason.

Former teammate Julian Edelman tweeted this out to congratulate his former teammate on retiring. Edelman has recently flirted with the idea of coming out of retirement himself and has said if he did, it would be to play for the Patriots. We shall see.

There will only ever be one Gronk.
Love you bro. #FoxboroForever pic.twitter.com/yeqnXqzWVM

Gronkowski was a larger than life presence both here in New England and in Tampa. He left his mark on the game and he will be missed. After 11 years of taking a beating, Gronkowski decided he had enough. You can’t blame him. He has made plenty of money, won rings and he is Canton bound. He did it all. There is nothing left to accomplish.

Congratulations on a great career Gronk.