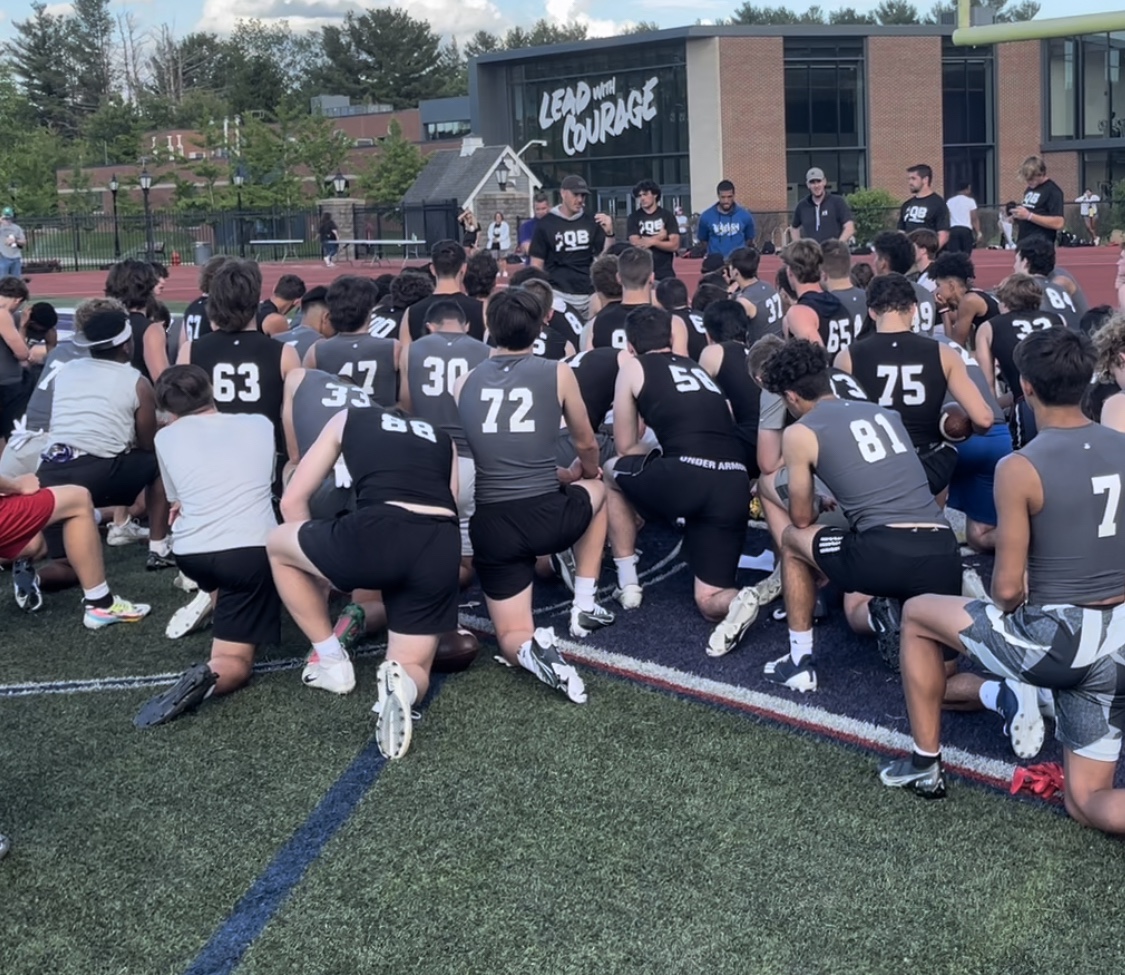 The M2 Quarterback Academy Showdown highlighted some of the best arms in New England last weekend at Stonehill College.

The showdown was designed to give college coaches an opportunity to see some of the top quarterbacks, receivers and defensive backs in the region.

2 camps, 200+ athletes, 40+ college coaches attended, 20+ coaches & staff, 12 states represented, 3 film/photo crews, 1 amazing venue. Showdown IV weekend at @StonehillFB will be one I won’t forget. Cannot wait to take it to the next level next year. Thank you to all involved! pic.twitter.com/TzmPFuOT1a

The brainchild of M2 Quarterback Academy is Bridgewater State Hall of famer Mike McCarthy. McCarthy has built one of the top quarterback training companies in the country. His quarterback client list is a who’s who of local talent at the position. Among his pupils are Dante Reno (Loomis Chaffee), Tucker McDonald (Wachusett), Jaden Keefner (Wyoming Seminary), Matt Festa (Duxbury), Jake Holtschlag (Milton Academy) Cole Geer (Deerfield Academy) , Blake Hebert (Central Catholic), Zach Hios (Trinity-Pawling). and many other talented quarterbacks in the area.

“We’ve been doing this since since 2015. I started with one kid, then we had six or seven but they got after it and they worked hard and got better. Then word spread and we had ten, then fifteen, then thirty and then forty.” McCarthy added: “It goes to the support staff that we have and I am super passionate about it. I was coaching at Bridgewater, coaching the quarterbacks, I was doing the development on the side and I just realized, that was my passion. Passion for building relationship

Part of the reason for M2’s growth is the use of technology to evaluate quarterbacks. All quarterback coaches use technology today but M2 took it to the next level at the Showdown.

McCarthy partnered up with Brian Hawkins, an NFL Consultant and Director of NYS and All Northeast Scouting. Hawkins and his team videotaped each quarterback and every throw they made over two days. All the quarterbacks who participated received a link that they could use for development and recruiting purposes.

Viewed over 1K throws and still more. I say this without any reservations: @M2_QBacademy is the premiere Showcase in the area. They stated that QBs would get a large sample size of throws and I have the evidence to support it.@eddie_buehler pic.twitter.com/b0qhicgh1m

For McCarthy, all of this is part of building a relationship with his quarterbacks. A relationship that is designed to help them succeed.

“What we try to do is connect to each individual. Everyone is different. Everyone has their own story. Not everyone is going to be a Division One player. I think we do a good job of maximizing their talent. Teaching them that quarterback is a holistic position. ”

It is that approach that has made McCarthy and his team so successful and why M2 has gone from a small personal training operation to one of the largest quarterback training companies in the country.

In the end, it’s all about wanting it and being passionate according to McCarthy.

“You’ve just got to be passionate about it. Passion at the end of the day wins every time.”

Passion is ultimately why M2 Quarterback Academy is growing as a company and why it will continue to grow.