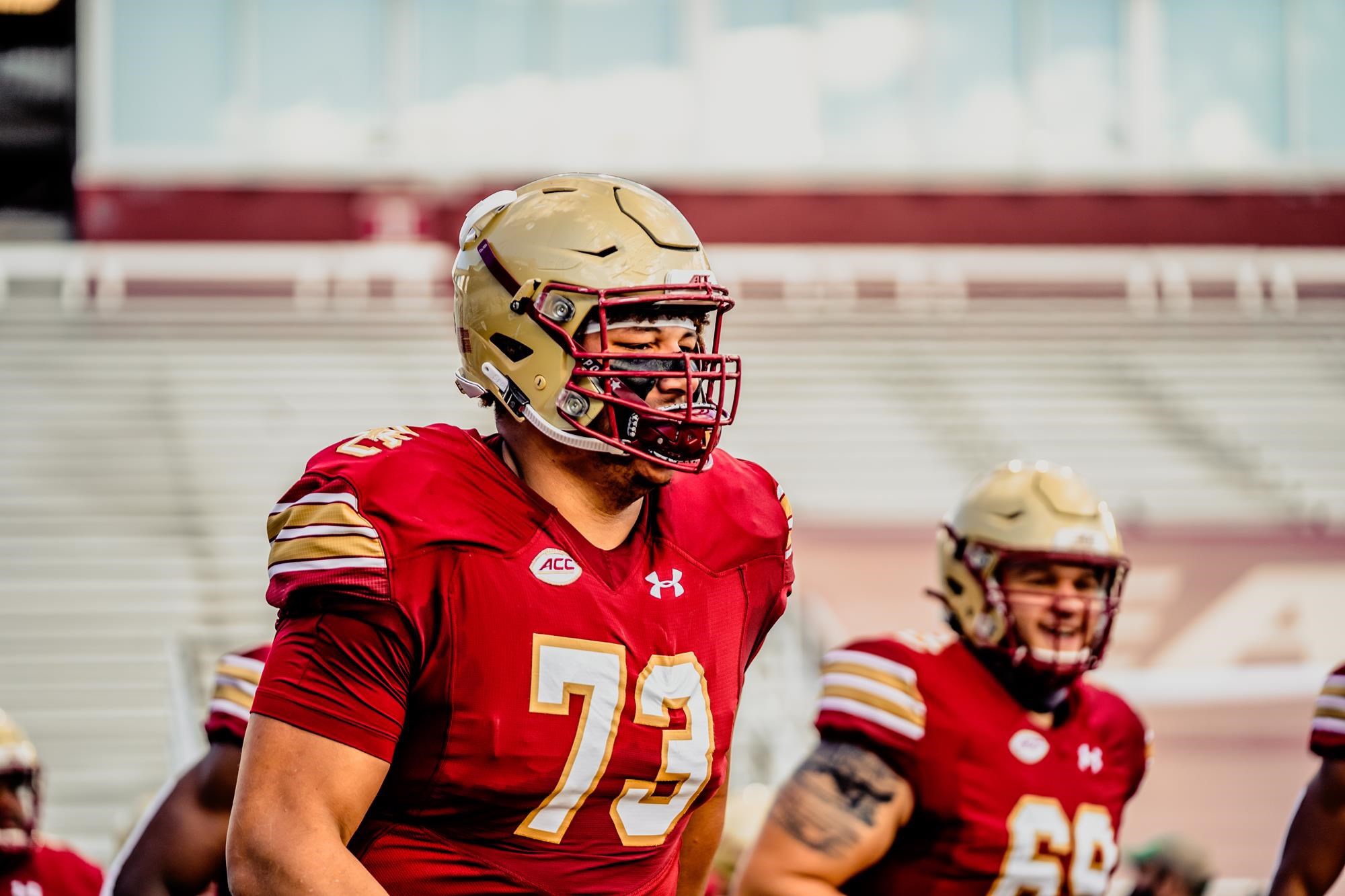 Boston College got some tough news this week as starting right guard Christian Mahogany tore his ACL back home in New Jersey. Mahogany was working out when he suffered the injury.

Mahogany is the only returning starter up front for the Eagles and was being counted on to lead the Eagles offensive line. His loss is huge for a team that returns one of the best skill groups in the ACC.

Believe I’ll be back and better ❤️ , all love BC fans see you soon! pic.twitter.com/fTMj7vDGaw

The injury also stings because Mahogany was one of the top returning guards in the nation and was projecting as a day two, early day three pick in next years draft.

The Eagles will now be leaning on tackles Jack Conley and Ozzie Trapilo to lead the group. As for potential replacements, redshirt freshmen Otto Hess and redshirt juniors Jackson Ness and Blerim Rustemi will get the first crack. If the Eagles were in a pinch, redshirt freshmen Drew Kendall could slide over to right guard and redshirt sophomore Dwayne Allick could play center.

Either way you look at it, losing Mahogany is a big blow. Now the Eagles will have to find a way to play without him.

We wish Christian well in his recovery. He is a terrific young man who has a bright future ahead of him.