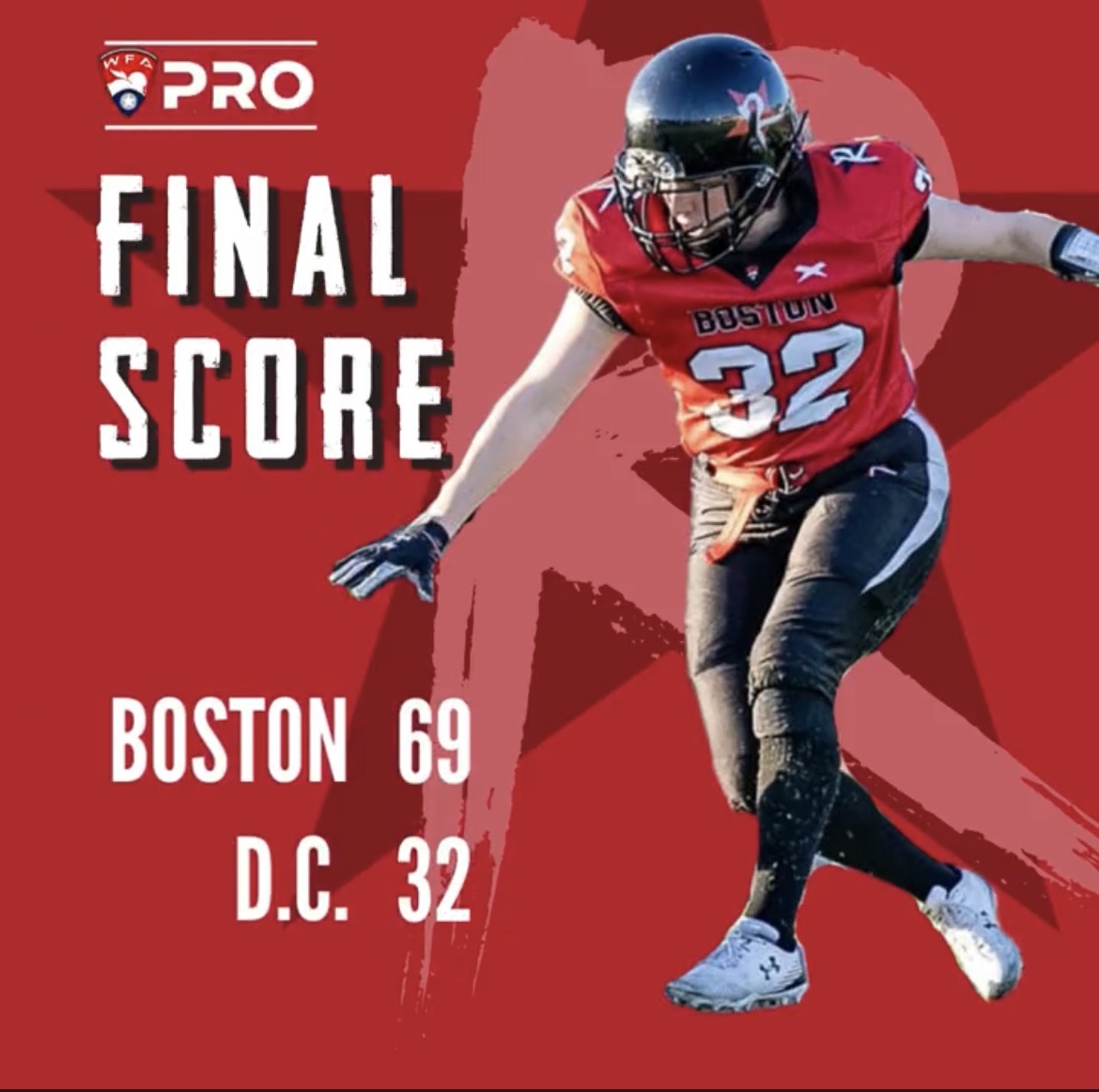 The iconic Ric Flair once said, “to be the man, you have to beat the man.”

For other teams in the Women’s Football Alliance, in order to be considered the best, they’re going to have to go through the Boston Renegades. The only problem with that is the Renegades don’t seem to be giving up their spot on top of the mountain anytime soon.

With another throttling of the DC Divas 69-32 this past Saturday, Boston secured a fourth consecutive conference championship berth and moved to 7-0, extending the franchise’s winning streak to 23 dating back to the 2019 opener. The three-time defending WFA champs will host the Pittsburgh Passion in Revere on June 25 (6 P.M.) and a win will earn the squad another trip to the Pro Football Hall of Fame and another WFA title game.

Boston led 28-12 at the half against a Divas team they blew out twice during the regular season. A 5-yard TD run for Stephanie Pascual (Sarah Tully kick) and a Tytti Kuusinen 3-yard TD run contributed to a 14-6 lead after one. Kuusinen ended up with 179 yards on the ground while Ruth Matta added 160 and Katie Falkowski chipped in with 21 as the suddenly run-heavy Renegades continue to bowl teams over.

Cahill hit Chante Bonds from 34-yards out early in the fourth and Falkowski pushed it to 55-18 with a 1-yard TD run. Matta added two more touchdown runs of 10 and three yards around a couple DC scores late to cap off another scoring barrage.

Now, the Renegades set their sites on their date with Pittsburgh and the idea of adding another chapter to this ridiculous story the franchise has been building. But, before that can happen, head coach John Johnson is making sure the team remains locked in on the process.

“Great game, but we all know this isn’t what we’re playing for,” he said. “We’ve got to come ready to work next week.”