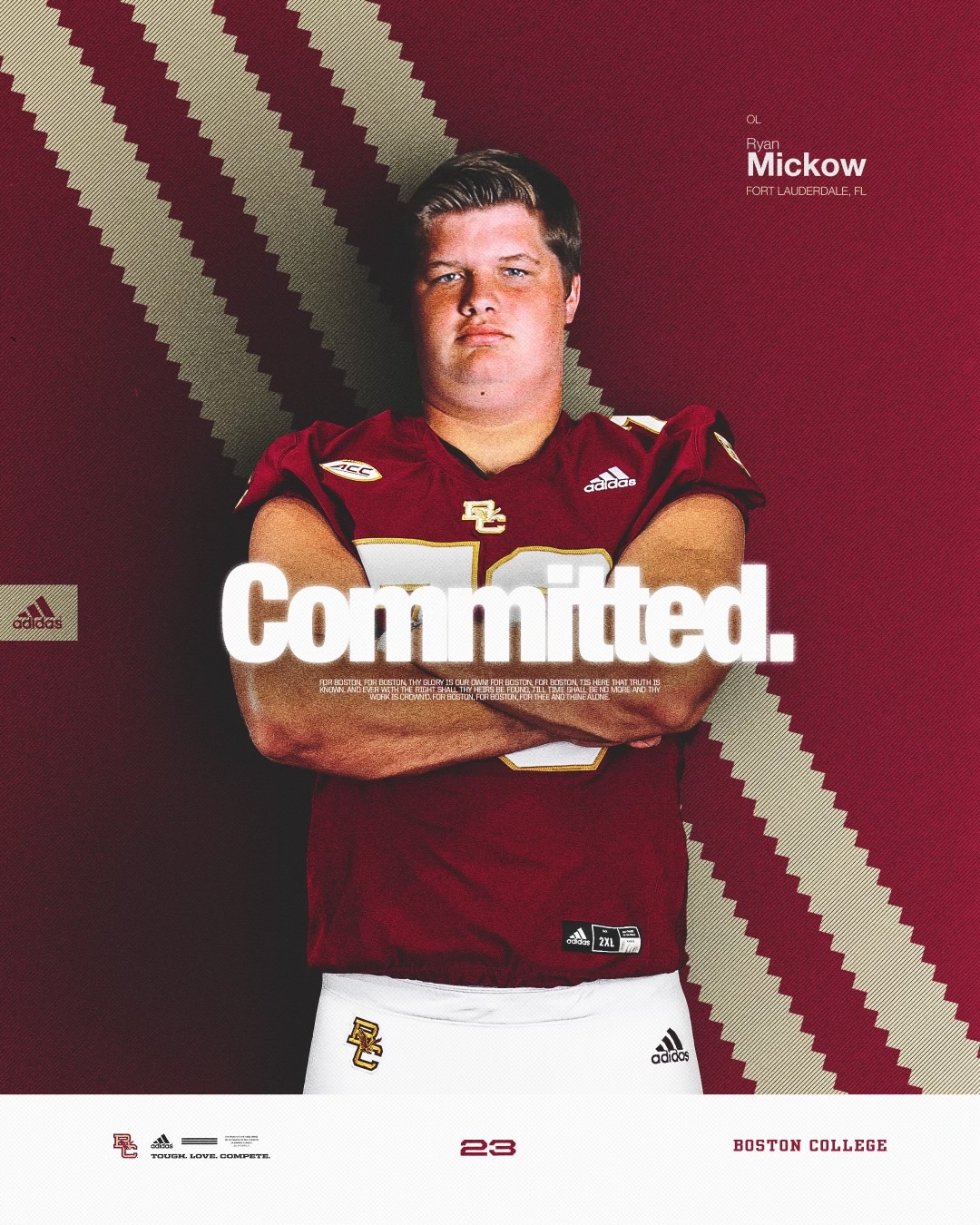 Boston College picked up another key commitment on Sunday when Ryan Mickow, a 3-Star guard out of St. Thomas Aquinas in Florida committed to the Eagles.

In the end he chose Boston College. The Eagles have a great reputation of developing offensive lineman. The school has earned the nickname O-Line U because of all the quality offensive lineman it has produced through the years.

Mickow can play guard or tackle. He has played both right and left tackle at St. Thomas. That versatility is something Eagles offensive line coach Dave DeGuglielmo wants out of his offensive lineman.

Physically, Mickow is strong at the point of attack in the run game and does a good job of moving his feet and staying balanced as a pass blocker. Like all young lineman, Mickow certainly has areas he can be better in but he has tremendous upside.

The Eagles now have 10 commitments in the Class of 2023. Mickow is the first lineman to commit but there will be others in the coming weeks. The Eagles had several lineman on campus this weekend.