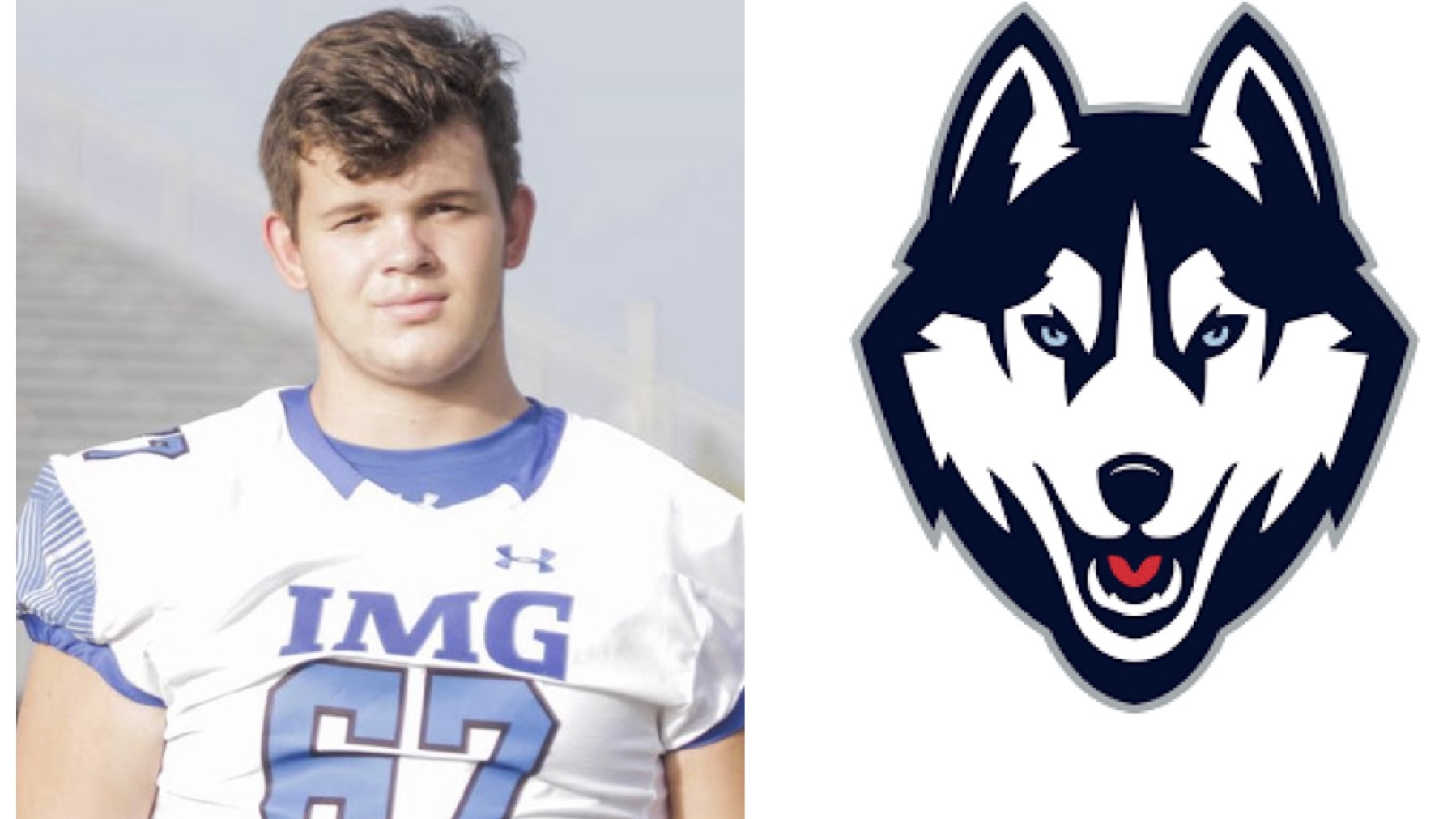 UConn landed one of the top offensive lineman in the transfer portal yesterday when Alabama transfer Dayne Shor committed committed to the Huskies.

Shor made his announcement with one of the coolest tweets you will see. It is a video paying homage to the Mora’s and the UConn Football program.

The 6-6 295 pound Shor originally committed to Alabama last year but only stayed in the program for five months after enrolling this past January. Shor entered the portal on May 5th after announcing he was dealing with some mental health issues.

A 3-star recruit out of Denmark, Ga., Shor attended IMG Academy after his sophomore year. Shor had 35 offers coming out of high school. His offer list is a who’s who of college football.

Landing a player of Shor’s caliber in the portal is huge for the Huskies. Especially a player who can play along the offensive line. He is athletic, has good feet, can play in space and he plays with good strength on contact. He is mature beyond his years physically.

Landing Shor is a coup. The Huskies needed to add depth and young talent to the offensive line and they did with this signing.