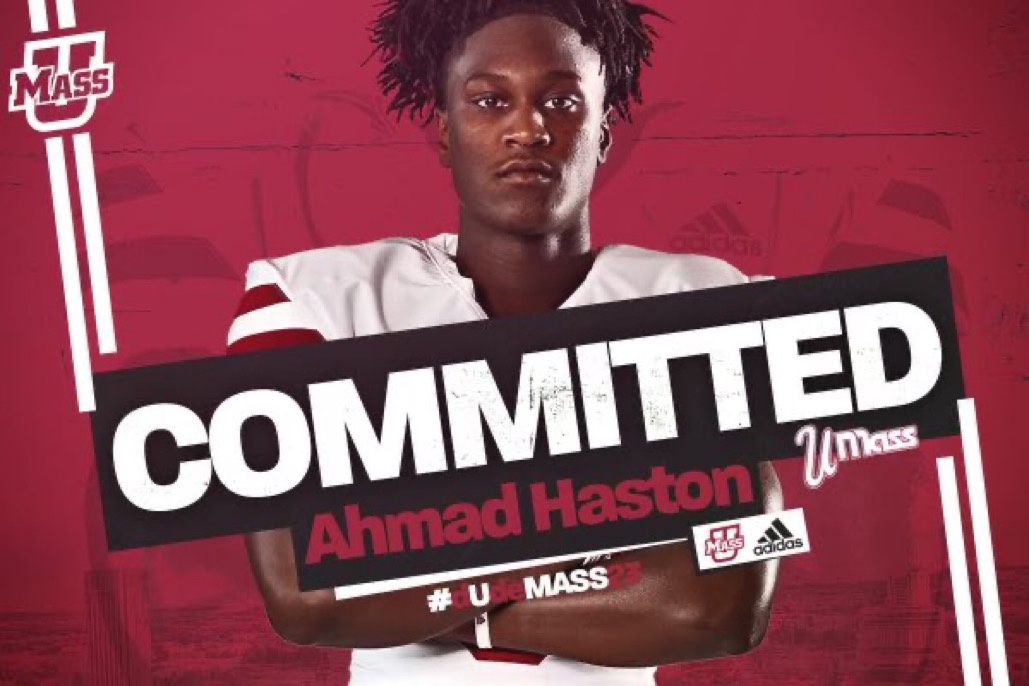 In Haston, the Minutemen get an athletic pocket passer who is a great fit in offensive coordinator Steve Casula’s system.

Haston has plus arm strength and is accurate vertically. He moves well laterally when things break down and he can locate the open receiver in a scramble situation. He is smooth and under control when facing pressure.

Nicknamed “The Problem” Haston led Florida in passing yards and touchdowns last season. At 6-2 1/2 190, he has good size and when you look at him physically, Haston certainly has the type of frame he can grow into more.

The Class of 2023 commit also held offers from Charlotte, Virginia, Marshall, Jackson State and Tarleton State. Getting a verbal commitment from Haston is a big deal for the UMass program and it speaks to the recruiting prowess of the staff.