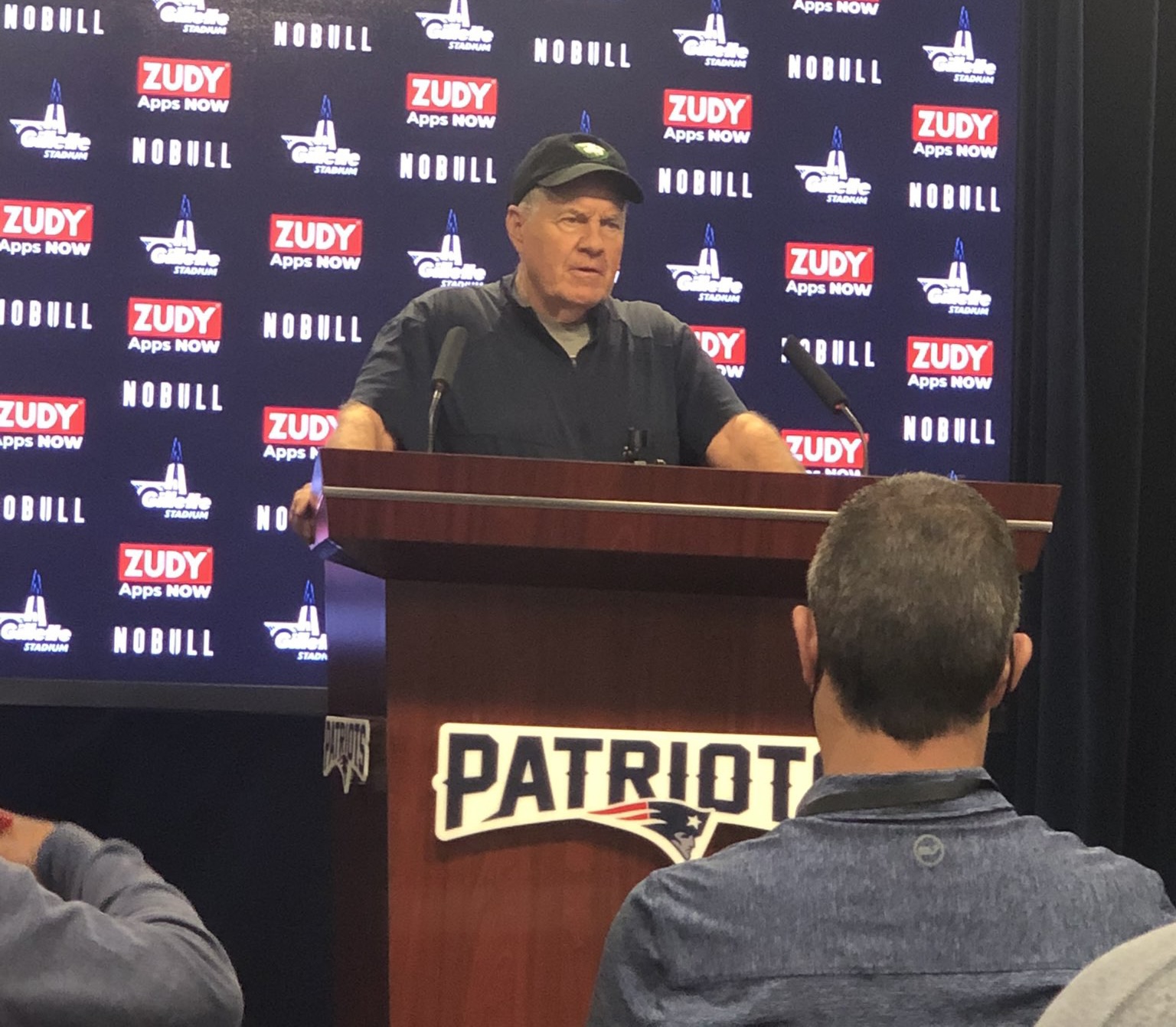 The first question Belichick was asked was how he would characterize the level of participation thus far in OTA’s. His answer: “You know, it is what is.”

Belichick was then asked about how involved he is on the offensive side of the ball thus far. I thought his answer was pretty good considering the fact that he didn’t exactly seem to want to talk much.

“Good, I mean I work with all the coaches. Just try to be involved in everything, I think that’s a head coach’s job: to support all parts of the program.”

Perhaps his best response was to the question asked about who is the primary play caller on offense right now. The answer and the response was classic Bill.

“Do we have titles? Yeah, look, there’s a lot of jobs that we have to do, we’re all working on those things now but — it’s May. They’ll change in June, they’ll change in August, they’ll change in September. So, we’ll evolve it to the things timely that we need to do. If you’re asking about game plans, we’re months away from that — months.”

When pressed, Belichick gave his funniest answer of the press conference.

“Months away. Months. What plays are we calling? Mini-camp plays?”

Belichick added: “We’re gonna coach the team, coach the players, we’re gonna get them ready to go. We’re gonna game-plan when we have to game-plan, we’ll play-call, do all the things we need to do to compete in games. Right now, we’re months away from that.”

When he was point blank asked who will call the plays next season, Belichick gave a short, curt and firm response.

Belichick knows this will be the main topic of conversation this off-season. He doesn’t care however because in his mind, he has coaches he developed and trusts working with him.

All of it will add up to some contentious and comical moments between Belichick and the media the rest of this spring and summer.