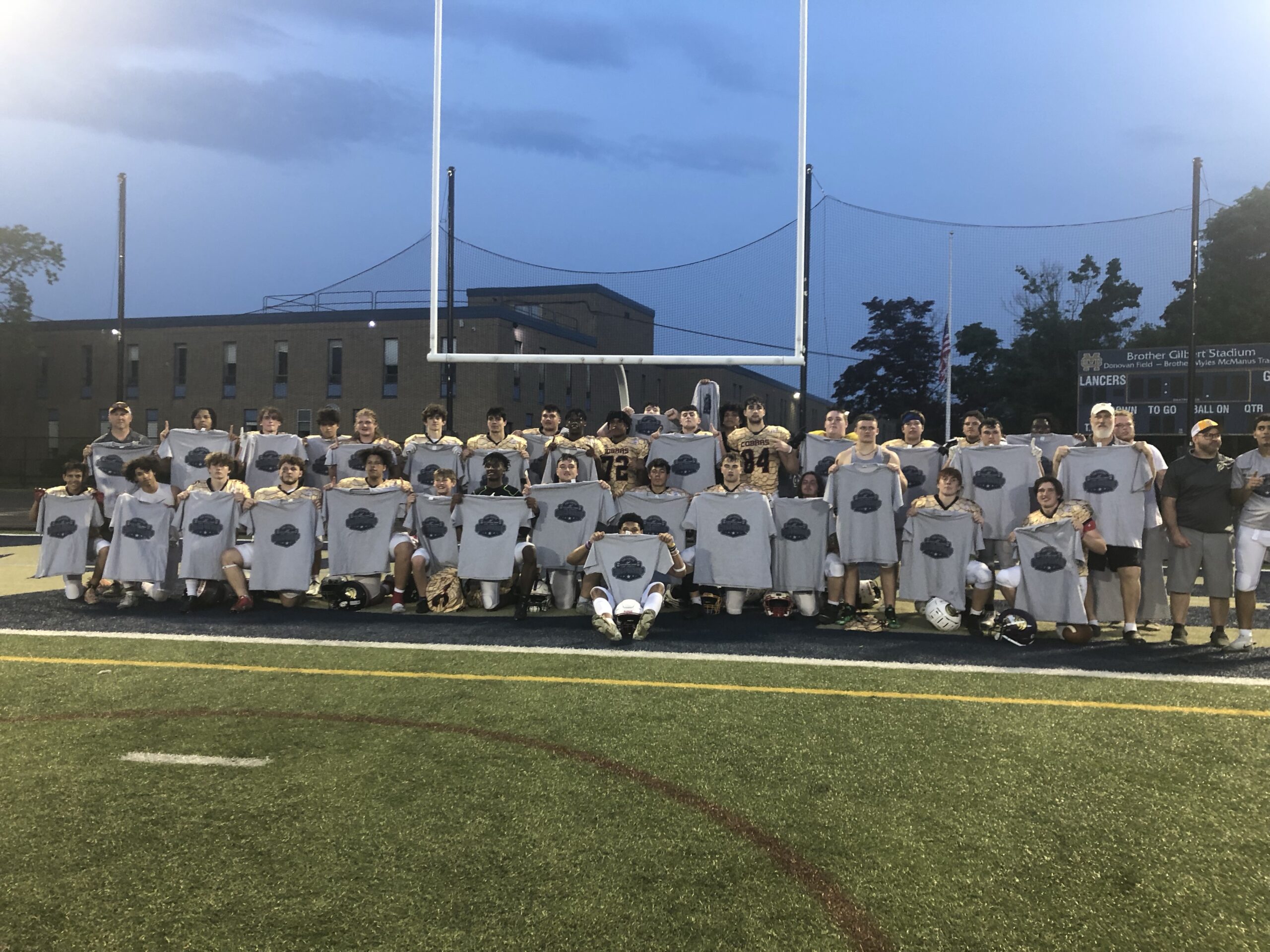 Last season, the North Shore Cobras took home the first ever title. On Sunday night at Malden Catholic, the Southwest Cobras – with a different team and staff – took home the second annual championship for the month-long season, beating the Northern Knights 21-0 in the championship game. The Cobras first had to beat the Southeast Dragons in the first of two shortened playoff games, while the Knights took down the Junkyard Dogs 14-6 in the other semifinal.

The semis consisted of two 20-minute games with possessions starting at the opponent’s 40-yard line and a brief halftime around the 10-minute mark, The championship consisted of two 14-minute halves in what was a “regular,” full-field game.

“Great film, great playing with my soon-to-be teammates, it was good playing with them and it was fun, I liked it,” he said. “It felt like we all came together, especially here at the end.”

“We had a lot of kids from different backgrounds, different schools, but they really came together,” said head coach Jeremy Bandy. “They really enjoyed being around one another. They all love football and all just kind of had a like-mindset that they were going to be physical and play the right way, It was a great time, I really enjoyed watching them grow.”

Defense was the story in the first game with the Cobras shutting out the Dragons 8-0. The first possession of the evening ended with a missed field goal for the Cobras, but after forcing a turnover on downs, the offense needed just four plays to get in the end zone. Hatfield’s Lawrence Academy teammate Dom Selvitelli hauled in a long one-handed catch to setup the score and Hatfield finished it off from the two-yard line. Hatfield also added the two-point run for the 8-0 lead with 8:17 remaining.

The defense held strong and forced another Dragons’ turnover on downs late and quarterback Nathan Hynes (Waterford) had a final scramble for a first down to ice it before taking a couple of knees.

In the second game, the Knights and Junkyard Dogs traded turnovers on downs the first two possessions before Tiger An (Windham, NH) rumbled in from 16-yards out. Harrison Bloom (Timberlane, NH) added the PAT to make it 7-0 with 8:17 left. Another turnover on downs followed and just three plays later, Luke Reynolds (Lawrence Academy) found Matt Haggan (Westford Academy) with a dime from 25-yards out that actually sent Haggan crashing into the netting behind the end zone, making it 14-0.

CJ Condon (Bridgton Academy) had an interception the very next play to seemingly wrap things up, but the JYD didn’t go quietly.

In the final 30 seconds, quarterback Henry Machnik had a 15-yard TD run to make it 14-6 after a botched snap on the PAT. A kneel down later for Reynolds sent the Knights to the title game.

Hynes led a six-play drive to open the title game and hit Springfield Central’s Isaiah Jones in the back left corner with a 16-yard dart. Natick’s Nathan Napier added the PAT to make it 7-0. The Knights began its first drive at the 25 and marched down field in eight plays, but play nine ended in disaster when Jadon Gibbs (Westfield High School) recovered a fumble at the Cobras’ 23 with six minutes left in the first “half” of the game.

With just nine seconds to go, the Cobras went up 14-0 when Hynes hit Hatfield in the back right corner from 16-yards out for a 14-point halftime lead. The defense forced a punt to open the second half and the offense only needed six plays to move 60 yards. With St. John’s Shrewsbury’s Logan Mercer running hard and picking up chunk plays, Hynes only needed to punch one in from the 5-yard line to make it 21-0 with eight minutes left.

Both teams traded punts over the last several minutes until the clock finally hit zeros and the Cobras were champs again. Following the victory, each Cobra player was given a championship t-shirt and the team posed for one final picture together before forming lines to hand in jerseys and equipment.

After weeks of tryouts and games, the experience came and went just like that, but it’s one everyone involved will remember forever, especially if colleges come calling based of some of the film from these May Sundays. If nothing else, these last few weeks have provided both players and coaches a chance to get better, which is really all anyone can ask for when signing up for the unknown.

“Just the things I need to work on,” Hatfield said when asked what lessons from The League he’d take back to his team or into his offseason workouts. “Running harder, figuring out moves I can do in the open field that’s going to translate to the fall.”

“It’s funny, when Coach Pappas reached out to me and asked if I’d want to be involved, I said absolutely,” added Bandy. “That’s because for me, it’s almost like I can try some things that I think maybe I would want to run next fall (with Worcester Academy) and here we are. Some of the stuff I really liked. This helps us coaches as much as it does the kids.”