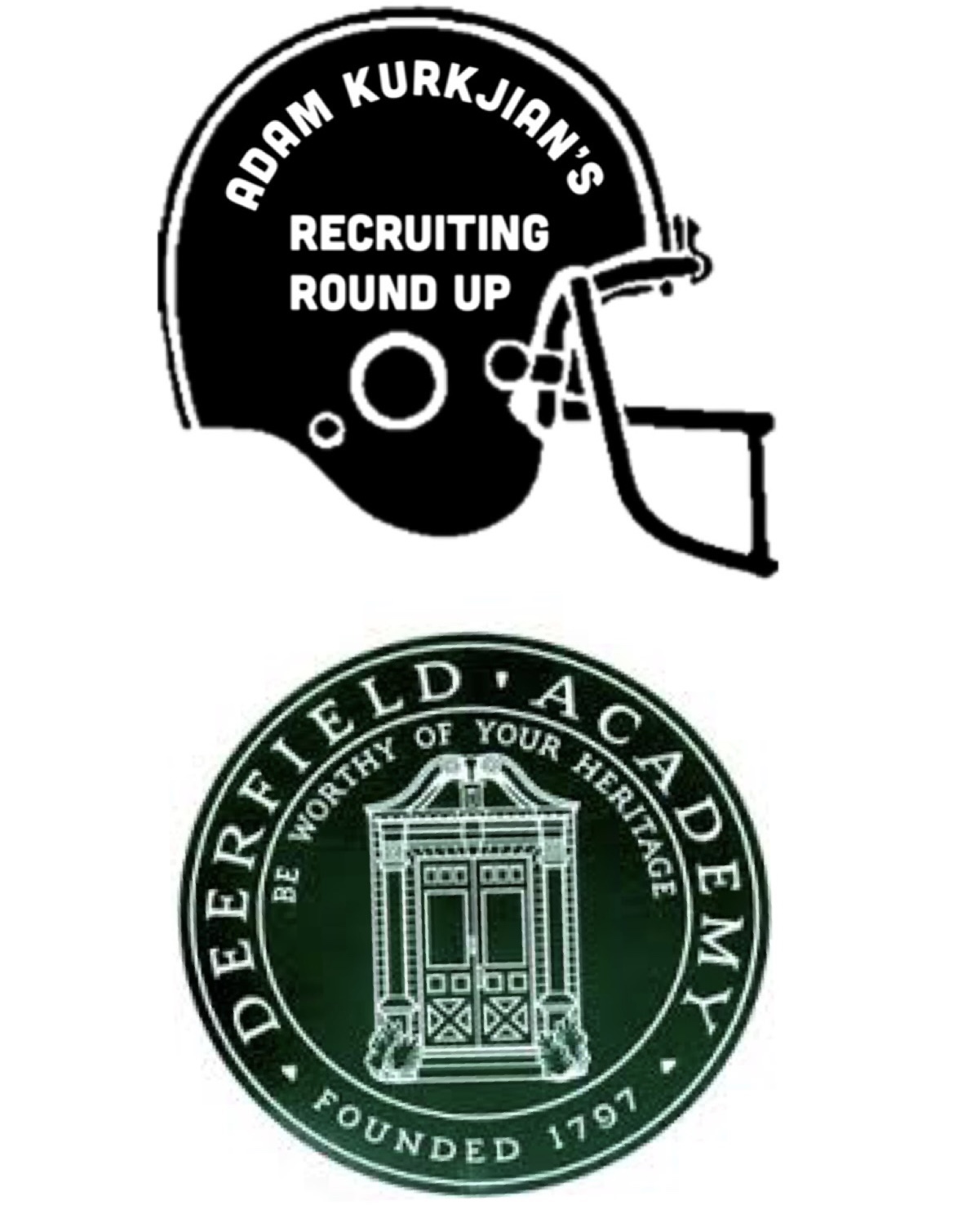 For a while, athletically, Deerfield Academy was known mostly as an elite boys lacrosse school. Football-wise, it was known as a competitive, but not dominant, program.

That is starting to change.

Under the guidance of coach Brian Barbato, Deerfield has grown into a gridiron power in the ever-competitive NEPSAC Class A division. In 2019, Deerfield beat a previously-unbeaten Milton Academy team in a NEPSAC bowl. Then, in the next NEPSAC season (NEPSAC did not compete in 2020 because of COVID), Deerfield won another NEPSAC bowl in 2021.

So, it’s safe to say that Barbato and Co. have it rolling right now. We spoke to him this week to get a rundown on his prospects, both present and future.

“Anywhere in New England, anywhere in the country, I’d put (the NEPSAC A division) up against anyone,” Barbato said. “You go to Texas, there’s more depth across the line, but you take our top-level players across, we’re (there).”

The first player we wanted to speak about was wide receiver Geoffrey Jamiel. The former Dennis-Yarmouth standout is going to Lehigh from the 2022 class.

“He is unbelievable,” Barbato said of Jamiel. “He’s one of the best — if not the best — players I’ve ever coached. He’s an extension of the coaching staff, a gifted leader, a gifted football player, and a gifted person.”

Deerfield also had one of the best offensive linemen in the NEPSAC in Joe LoChiotto. He will attend Bentley.

“He’s so strong,” Barbato said. “He was second in the voting for (NEPSAC) lineman of the year. A great athlete. (In recruiting), everyone wants the tackle, but if you do that, a lot of times, you miss out of the guy that’s going to move people (like LoChiotto).”

Another star receiver, Elic Ayomanor is off to Stanford. At 6-foot-3, 210 pounds, he ran a 4.52 40-yard dash, and paired up nicely with Jamiel when the two were on the field together.

Offensive lineman Grayson Massey is off to Middlebury. NEPSAC Player of the Year, quarterback Liam O’Brien, will continue his career at Penn. Wedner Cadet of Wellesley is going to Georgetown as a cornerback. Linebacker Sekou Rolland is going to Princeton. Matthew Hickey, a running back and linebacker out of Melrose, will play at Trinity College. Offensive lineman Joe Metzger is a full scholarship player to Holy Cross. Nick Peltekian, out of New Jersey, is going to Lehigh as a running back/safety. Wide receiver Alex Haight is also going to Penn. Sam Chutkow got injured and did not play this season, but will continue his career at Carleton as a defensive back and punter.

Returning class of 2023 players are led by linebacker Christian Reavis, an Oklahoma native.

Kicker Stone Anderson is getting a lot of major attention. Defensive end Chigozie Oge-Evans is a 6-3, 250 pounder who runs an 11.7 100 meter dash.

The biggest recruit in the program is freshman quarterback Cole Geer, who has not started a game at Deerfield but already holds offers from UMass and UConn. The 6-1, 185-pounder runs a 4.62 40 and can dunk a basketball.

“I’m biased, but in my opinion, he’s the best quarterback in New England,” Barbato said. “I am aware there are some good ones, but I would take him over anybody.”