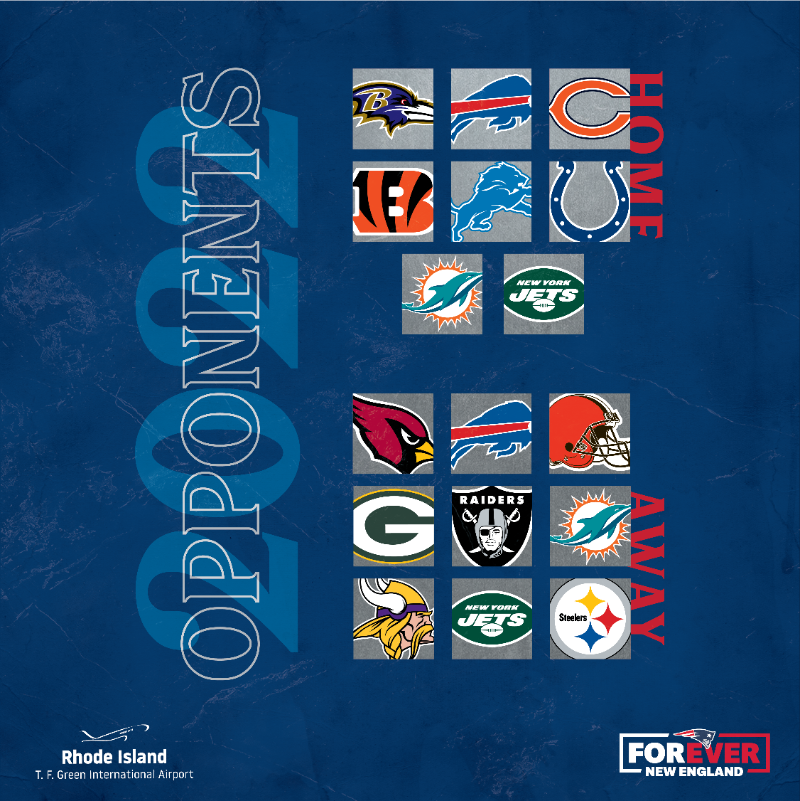 The Patriots 2022 schedule is officially out. It is a 17-game slate that begins in Miami and ends at Buffalo. Here are some initial thoughts on the schedule:

-Early season trip to Miami: The Patriots have historically struggled late in the season in Miami; this year they will get a chance to play the Dolphins early in the season in Florida. The heat will be oppressive, but at least the Patriots will be used to the heat at that point coming off training camp. The last time the Patriots went to Miami early was 2019, a 43-0 win.

-Tough defenses early: After the trip to Miami, the Patriots play the Steelers, Ravens and Packers in a row, highlighted by an October 2nd trip to Lambeau Field. All three opponents feature stout defenses with strong pass rushes. It will be an early test for Mac Jones and first-round pick Cole Strange.

-Prime-time gauntlet: The Patriots will play four consecutive prime-time games from Thanksgiving Day (November 24th) to December 18th. This stretch includes back to back Thursday night games, the first being Thanksgiving night at Minnesota and at home against Buffalo the following week. New England won’t have a rest advantage on Buffalo as the Bills also play on Thanksgiving. The Patriots follow these two games with back to back road games on the west coast. The first is a Week 14 matchup with Arizona and the second is a Week 15 game against former offensive coordinator Josh McDaniels and the Raiders. It would make sense for the Patriots to stay out west between those games, which is something they did in 2014 and 2020.

-Hard fought final month: The final month of the season will be a difficult one for the Patriots. It starts with the Raiders game in Vegas and is followed by home games against defending AFC Champion Cincinnati and then Miami. New England closes the season on the road against Buffalo. All told, the Patriots will play five out of their final six games against 2021 playoff teams, with the sixth game being against a Dolphins team that swept them a year ago.

Early Verdict: I can see nine wins, perhaps ten. I think they sweep the Jets, split with Miami and beat Pittsburgh, Detroit, Cleveland, Chicago, Minnesota, Arizona and potentially take one other game. The problem for the Patriots is that in a loaded AFC ten wins might not be enough to make the postseason.