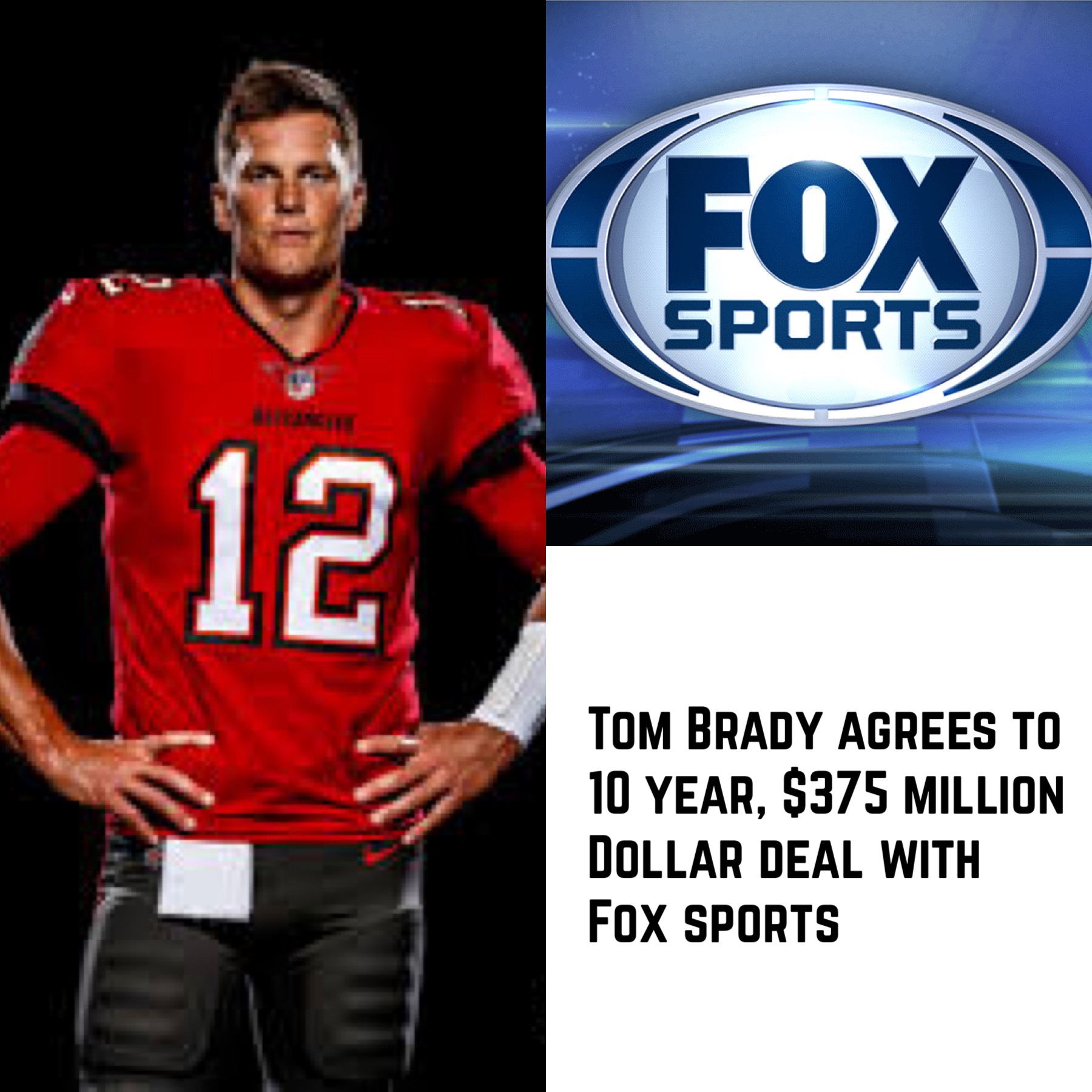 FOX Sports announced today that they have reached an agreement with Tom Brady to take over as their lead NFL analyst upon his retirement. The deal is for 10 years and $375 million dollars.

Admittedly I was surprised when I saw the news. Brady doing color commentary? It just doesn’t make sense to me. Obviously he knows the game at a high level. He’s the greatest quarterback of all time but I thought for sure he would focus on his business ventures and go the LeBron route and start producing movies or enter the political arena. I didn’t see this.

Obviously Brady can still do all that and still fulfill his obligations as an analyst but like I said, I never envisioned him getting into television.

Brady is more visible now than he was with the Patriots. He modeled for Ugg, Serta and Under Armour but he was nowhere as visible as he is now. Now he’s doing Hertz, T-Mobile and Crypto commercials. It is almost as if he is more comfortable with who is he is now than he was back then.

$37.5 million per season to talk football and be the face of FOX Sports is a great deal if you can get it. Brady can literally do anything he wants given his status so the fact that he got it should be no surprise.

What surprises me is that he wants to enter the world of broadcasting. If you had told me he was doing that ten years ago, I wouldn’t have believed you. Times have changed and money talks. Brady will soon be a member of the media.