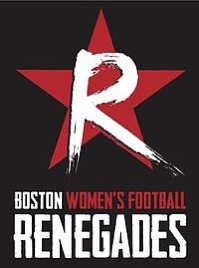 At this point, the only question on a week-to-week basis for the Boston Renegades and the growing fan base is whether or not an opponent can hold this juggernaut under 40 points.

The Renegades blew out the Pittsburgh Passion 47-8 at Harry Dellarusso Stadium this past Saturday. The win extends Boston’s winning streak to 21 dating back to the 2019 season opener and was the 50th in franchise history. The 4-0 Renegades head back out on the road this weekend for a meeting with St. Louis before closing out the regular season schedule on May 21 at home against the D.C. Divas.

“Our victory over Pittsburgh was another great team win,” said running back Katie Falkowski. “Offense, defense, and special teams were all dialed in, and together we played a solid game of football. As a team, we talk a lot about the amazing opportunity we have to play this game and the work needed to make sure we take full advantage of every snap. As a unit we are committed to being our best and not taking anything for granted. That means preparing well during the week and executing come game day.”

Boston outgained Pittsburgh 442-243 (185-101 passing, 257-142 rushing), held the Passion to just 17 first downs and forced two turnovers. Allison Cahill had all 185 yards through the air, while Ruth Matta led the ground attack with 154 yards and three touchdowns. Cahill also had two rushing TD’s to go along with two through the air.

It took a bit longer than usual for the train to get rolling as the Renegades led just 7-0 after one quarter on an 11-yard TD by Matta. The floodgates opened in the second quarter as a Cahill 7-yard run, a Matta 14-yard run and a 36-yard touchdown catch for Renate Meckl put the Renegades up 27-0 at the half. Sarah Tully hit three of the four PAT’s.

A Cahill 4-yard TD run with a missed PAT made it 33-0 before Pittsburgh got on the board with a 1-yard TD run and two-point conversion. In the fourth, Tully hauled in a 17-yard touchdown from Cahill and Mariette Martinez booted the extra point to cap the scoring.

With just two games left in the regular season, all signs are pointing to another deep postseason run for the Renegades. But, like most good teams, the focus is solely on the here and now.

“Pittsburgh was a tough opponent, but our coaching staff had us ready and we executed well in each phase of the game,” added Falkowski, who added 24-yards rushing on five carries in the win. “This is one of the most selfless teams I’ve ever been a part of, and you can see it on the field with the amazing blocking, communication, and support for each other every play. People are mentally and physically dialed in and willing to do whatever it takes to help the team, and that showed in last week’s victory over Pittsburgh.

“We know there’s a lot more work to do this season and we’re already back at it getting ready for our next opponent, St. Louis, and excited to have another opportunity to get out there and play hard, smart football.”