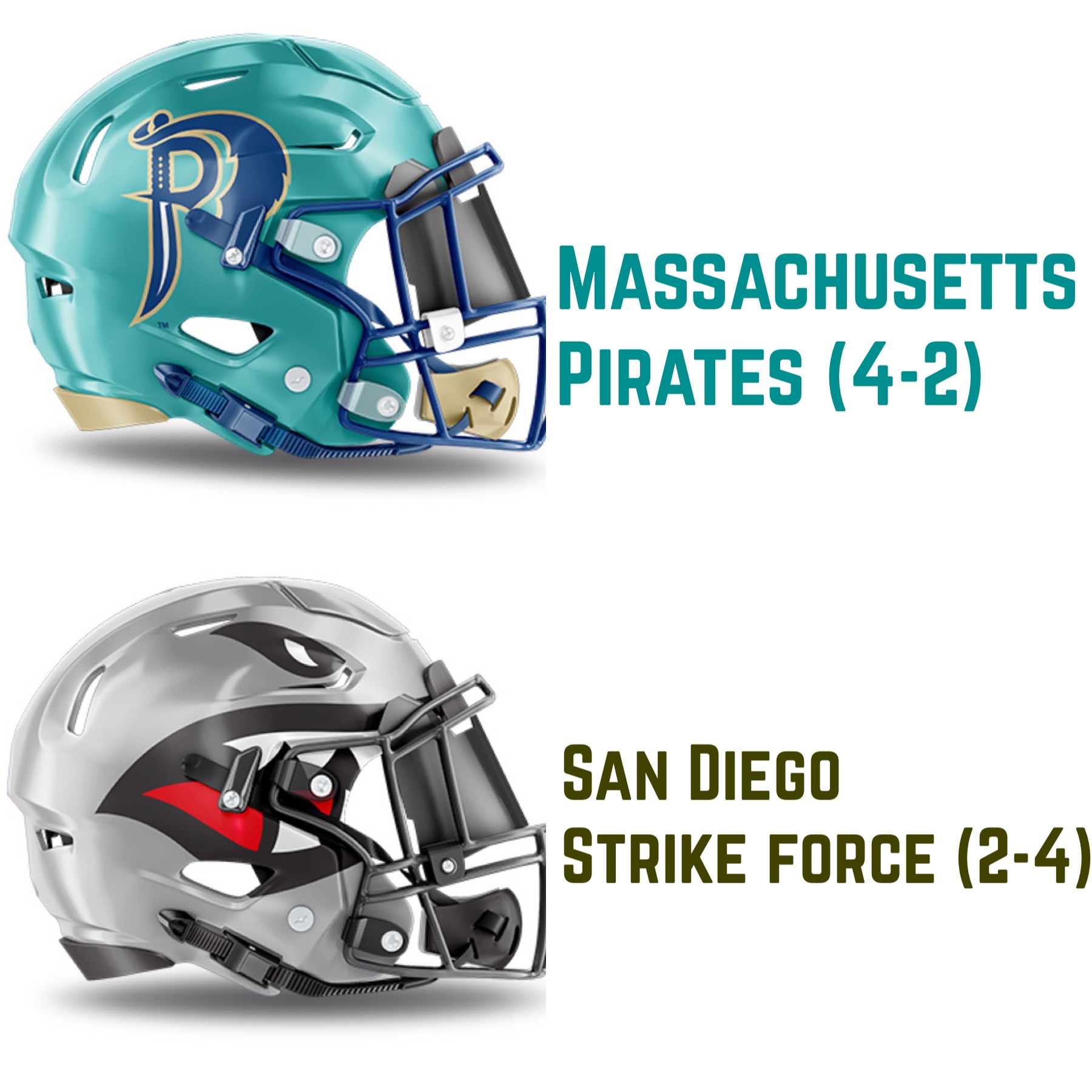 The Pirates will look to bounce back after a tough 46-44 home loss last week to the expansion Vegas Knight Hawks.

The Pirates begin a brief two game west coast swing with their game tonight against the Strike Force. They travel to Arizona to take on the Rattlers on Saturday night.

1. Get the defense back on track: After a dominant performance against Iowa, the defense struggled last week, giving up 46 points in the loss. The defense must be better this week. They need to be more consistent. It has been an issue thus far this season.

2. Benny is back! Alejandro Bennifield ran for three touchdowns and passed for two more in the Pirates loss. After missing the Iowa game due to Covid, Bennifield proved that he is one of the best players in the league by bouncing back last week and having a monster game. The Pirates are going to need him to play at a high level once again this week and beyond.

3. Make big plays: San Diego is generous on defense. The Strike Force are giving up a whooping 48.6 points per game. They give up a lot of big plays. Expect the Pirates skill group to make a bunch and have a big day.

Final Prediction: Pirates 44 Strike 32: Expect another shootout. The Pirates will have no problem moving the ball and scoring points. But they will also give up a lot of points which isn’t ideal.