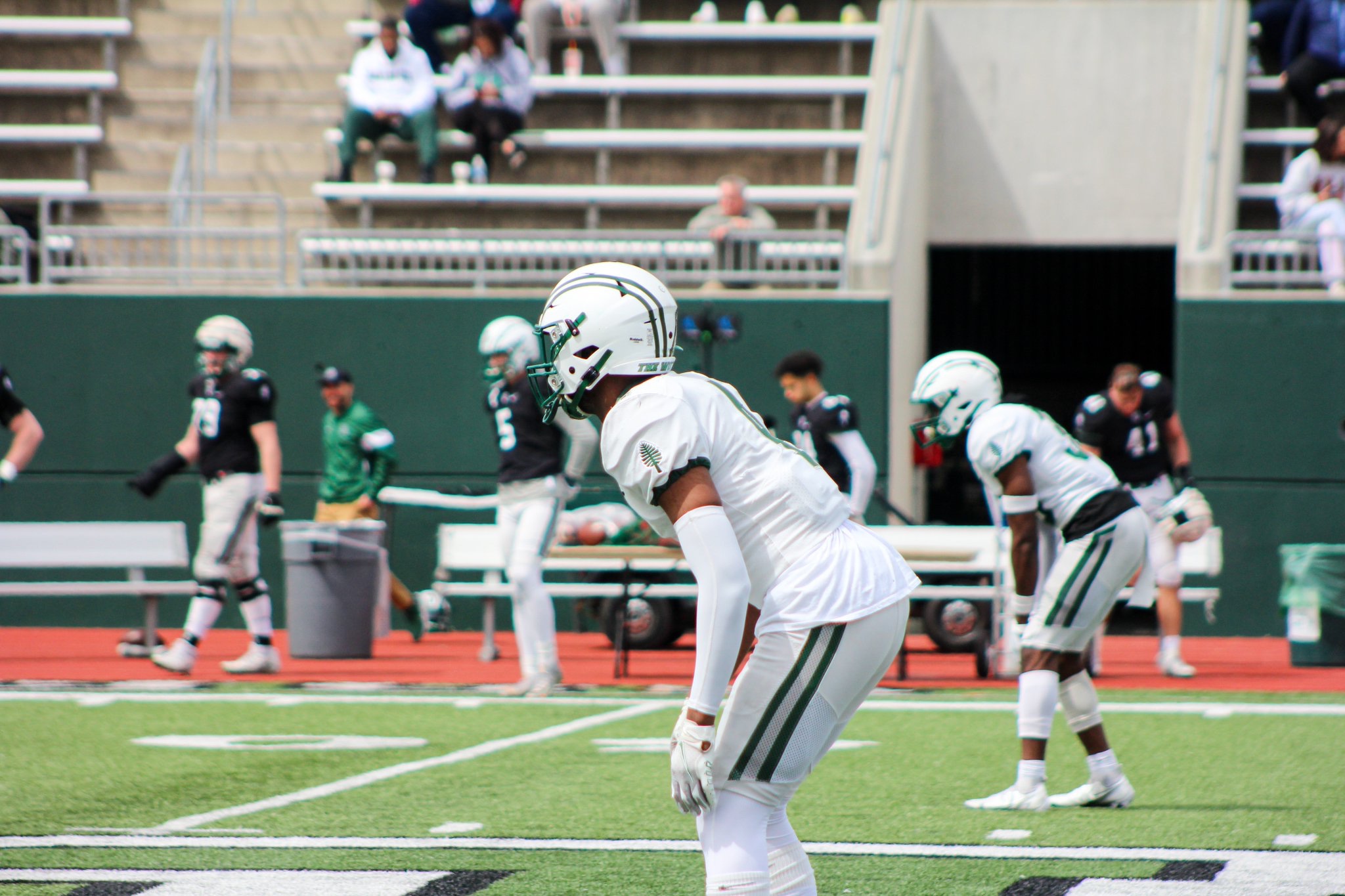 Dartmouth wrapped up spring football on Saturday. The Big Green have to replace several key contributors on both sides of the ball, most notably quarterback Derek Kyler, safety Niko Mermigas and defensive end Seth Walter. Spring ball gave Buddy Teevens and his staff an opportunity to see who can emerge and fill some of these positions.

1. Quarterbacks impress: Senior quarterback Nick Howard and sophomore quarterback Jackson Proctor both threw the ball well. Howard in particular was impressive and while he only threw for 78 yards, he did complete 11 of 18 passes. Replacing Derek Kyler won’t be easy but Dartmouth has enough depth and talent at the position to get it done. Dylan Cadwallader, Gavin Muir and Devon Lingle also saw playing time.

2. Revamped offensive line looked good: The Big Green graduated some key contributors along the offensive line, most notably Jake Guidone who is doing a grad transfer year at UConn. Dartmouth has plenty of big bodies however that can fill the void. It showed on Saturday. Seniors Ethan Nurre and Adam Will along with with sophomore Cayman Duncan all looked good and paved the way for what should once again be one of the balanced attacks in the Ivy League.

3. Running back depth was evident: Sophomore Q Jones and Senior Nick Roper got the majority of meaningful touches and both looked good. Jones and Roper complement each other well. Jones is more of slashing, big play type of back while Roper is more of your grinder who can pound the ball inside and off-tackle. Teevens likes to pound the ball, especially in the second half of the season. Both backs should be a big part of the offense this fall.

4. Defense was flying around: The Big Green need to replace several important pieces on defense most notably defensive end Seth Walter and safety Niko Mermigas but it was evident on Saturday that there is plenty of talent ready to step up and fill those shoes.

Defensive tackle Shane Cokes looked good. He is explosive off the snap and the staff does a good job of moving him around. Junior defensive end Gannon McCorkle also looked good. He routinely got a good job off the snap and showed the ability to get consistent pressure on the quarterback. Senior Charles Looes was just as active on the other side. Cokes, McCorkle and Looes give the Big Green one of the most athletic fronts in the Ivy League.

Linebacker Trevon Erickson and the secondary had their moments as well. That being said, it was hard to gauge how good the defense could be because it was fit tackling.

5. Captains named: After the game, seniors Shane Cokes (DT) Nick Howard (QB) and Quenten Arello (S) were named captains. All three have experience and are expected to take on bigger roles in 2022.