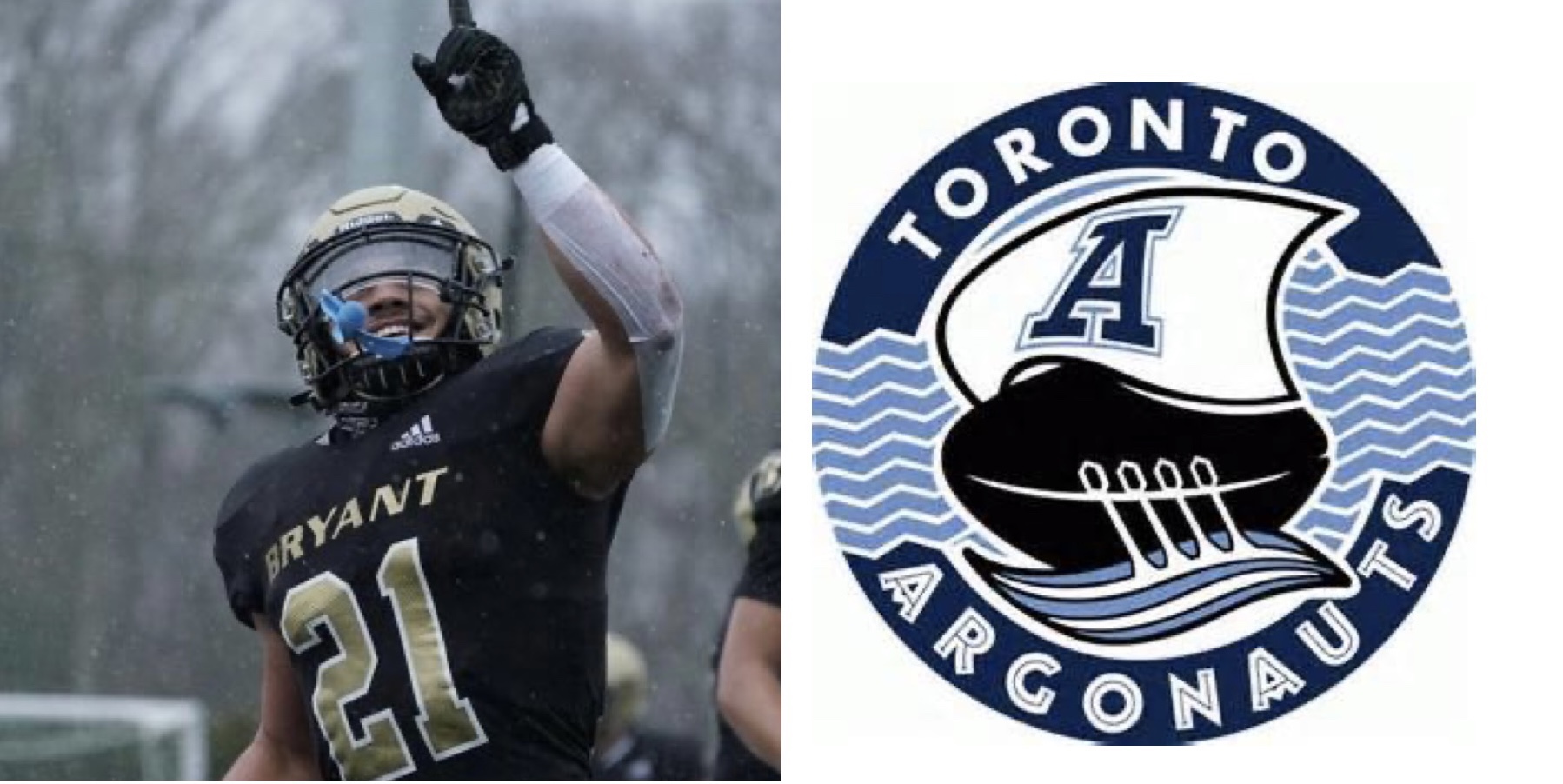 Every young man who grows up playing football dreams of playing in the NFL someday. For Ontario native Daniel Adeboboye, his dream was to play for his hometown Toronto Argonauts.

The dream came true on Tuesday night when the Toronto Argonauts drafted him with the 15th pick in the second round of the CFL Draft.

Adeboboye grew up in Ontario. It was a surreal feeling being drafted by his hometown team.

“Honestly it is a surreal feeling. I’ve wanted this to happen for a long time. I started watching Argo games as a kid. That’s where the love started. To represent my hometown team is a dream come true. My goal would be to bring a championship to Toronto.”

Adeboboye played his high school football at The Hill School in Pottstown, Pennsylvania. He was recruited by Bryant University and ultimately committed to the school. To Adeboboye, it was the best decision he could have made.

“The Argos couldn’t have drafted a better person that just so happens to be a very good ball player!”

Adeboboye played all four years for the Bulldogs, amassing 1,816 yards and 16 touchdowns. Despite his talent, Adeboboye is a self made player. Everything he has achieved thus far in his football career is due to hard work.

“I’ve prepared and worked so hard for years. The people that know me know what I’ve put it into through the years. Football has been the biggest thing in my life through the years. Seeing the work pay off is amazing. My goal wasn’t just to play professional but to excel at it.”

It is that work ethic and desire that are the key ingredients that will help Adeboboye stick. He knows that despite being drafted with a second round pick, he is guaranteed nothing at the next level.

“My first goal is to make the active roster and play running back or special teams. I want to learn from coaches and teammates.” Adeboboye added: “The starting running back is Andrew Harris. a CFL legend . I’d like to pick his brain and learn from him. My long term goal is to have a long and healthy career. I want to help the Argos win.”

A willingness to work and to learn. Two reasons why Daniel Adeboboye has been successful in his football career and why he will continue to succeed at the next level.