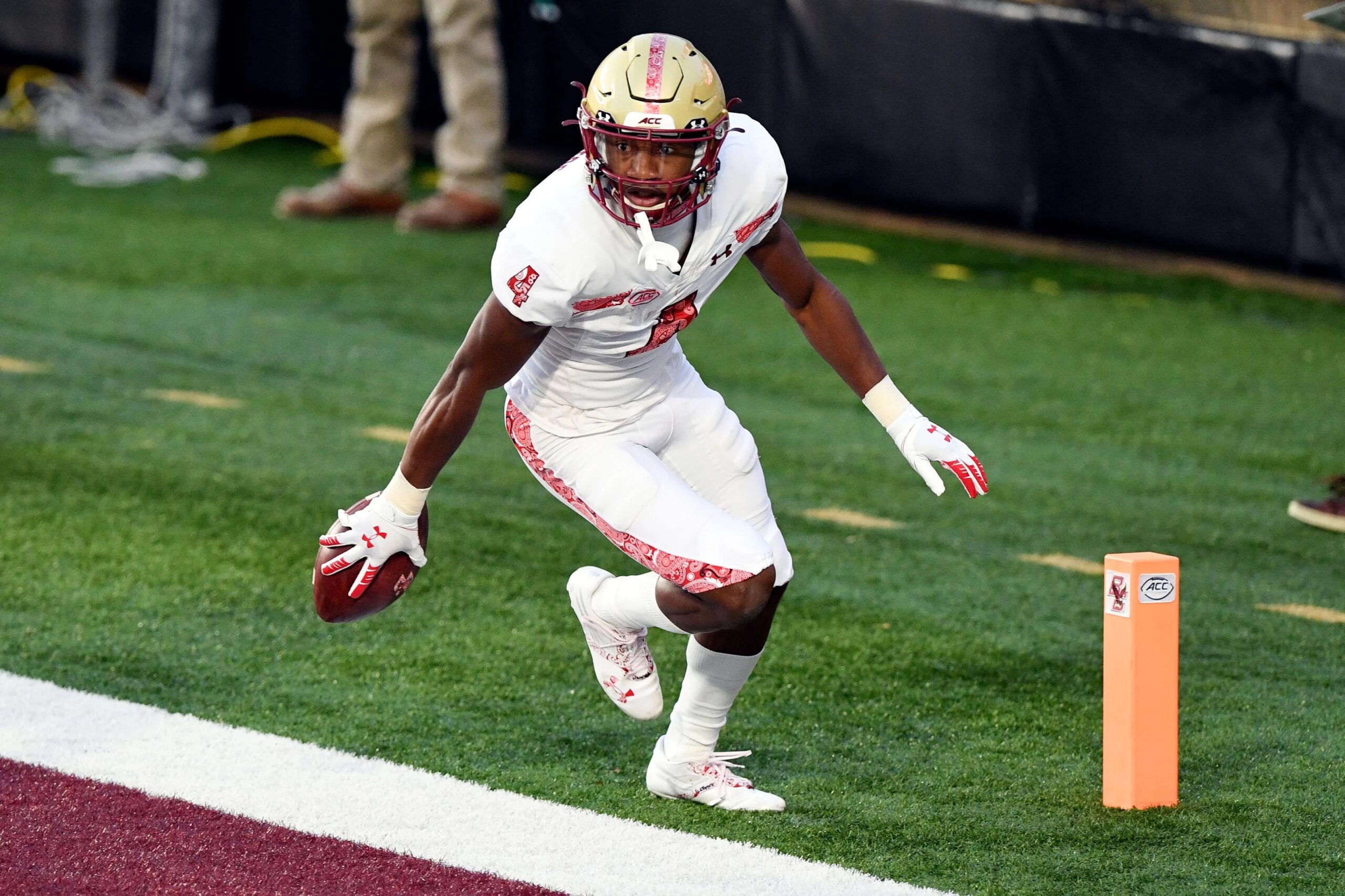 Well, that was quite a whopper for a Thursday night.

Right around dinner time, ESPN’s Pete Thamel dropped a story about Zay Flowers turning down six-figure NIL deals to enter the transfer portal and leave Boston College. Thamel reported that there were $600,000 and $300,000 deals on the table had Flowers chosen to leave.

As one of 14 children with a single parent, no one would have shamed Flowers for taking the life-altering money. But, in the story, Flowers talked about having conversations with both his dad Willie and Coach Hafley regarding the situation. In the end, Flowers remained loyal to his head coach, quarterback, new offensive coordinator John McNulty, the rest of his teammates and a fan base dying to get back into the national picture.

In a time where kids can go anywhere that pays them the most, Flowers’ decision speaks volumes about a few different things.

First, it speaks to Flowers’ loyalty and the fantastic job his father has done raising him. That money could have legitimately changed his family’s life in a matter of moments. Instead, Zay’s father encouraged him to keep his word and commitment to Coach Hafley and the Eagles so his son could ultimately have a phenomenal education. The fact that Flowers even approached Hafley after the offers were made is important. There’s a huge group of players that would have kept it away from their coach until the decision was made and nothing could be done or said to persuade them back. Flowers immediately went to Hafley like a grown man and that’s more than admirable.

It also speaks to what Coach Hafley and the staff has done in such a short amount of time as far as building relationships and trust with players. How many people in your life can you honestly say you’d pass up on $600,000 for? Probably not many. Flowers believes in the “For The Team” mantra and everything Hafley has preached enough to pass up on it and see this final season through until the end. I guarantee you the same would not have been done for Steve Adazzio.

This is also a huge win for the recruiting process at BC. Imagine being a 15, 16 or 17-year old kid and you see a future NFL star wide receiver turn down over half-a-million dollars to stay in Chestnut Hill. You can’t buy that type of publicity and good will for the program…literally. Flowers’ decision to continue playing for the Eagles before heading off to the next level is only going to encourage kids in a similar situation to trust this staff to put their best interests in mind.

The story blew up all over social media on Thursday night and rightfully so. The Jurkovec-Flowers combination very well could go down as the best in BC history if this year goes the way fans hope it will. The decision from Flowers was an enormous victory for everyone involved with the program and further cements Hafley’s sterling reputation amongst players he’s coached past and present.