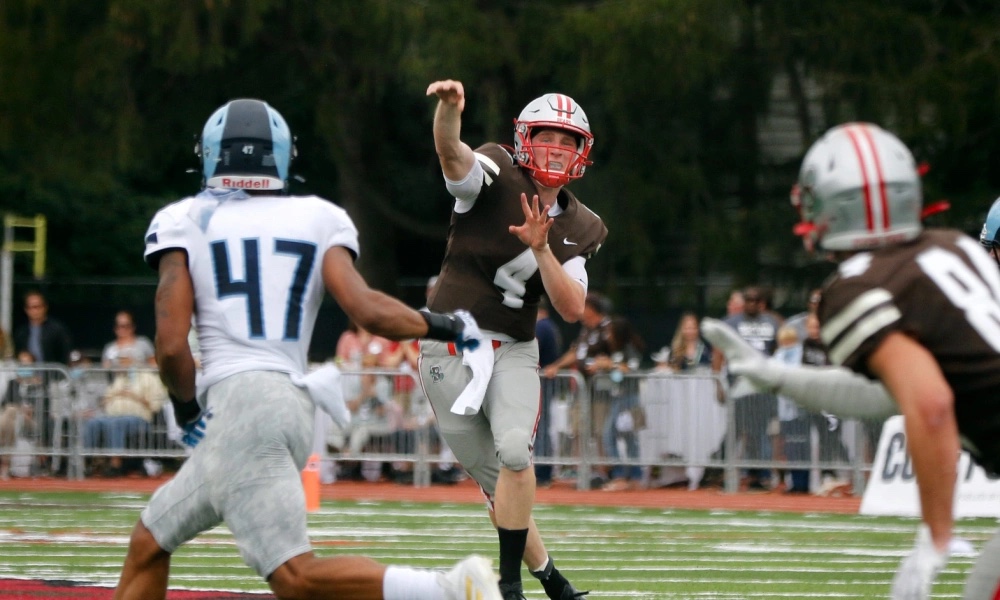 The opportunity to make the Jaguars was more appealing to Perry than the current quarterback situation in Philadelphia. We can only speculate that is why he made the decision to sign with the Jaguars.

Perry was the Bushnell Cup winner offensively last season at Brown after a terrific season. Despite being on a 2-8 team, Perry keep the Bears in a lot of games with his play and leadership and toughness. Perry began his career at Boston College but opted to transfer to Brown and play for his Uncle James who is the head coach of the Bears.

In Jacksonville, Perry will have to compete against veterans C.J Bethard and Jake Luton for a roster spot. Perry’s toughness and athleticism could allow him to eventually develop into a Taysom Hill type quarterback who is used in direct snap packages.

The Jaguars had an interest in Perry and provide a good opportunity for him to learn and develop as an NFL quarterback. Jaguars coach Doug Pedersen is one of the most innovative offensive coaches in the league. He will take advantage of Perry’s skill set and develop him.

Jacksonville is a good landing spot for Perry. He will have an opportunity to win a spot and possibly contribute eventually in a specialized package. He made the right decision.