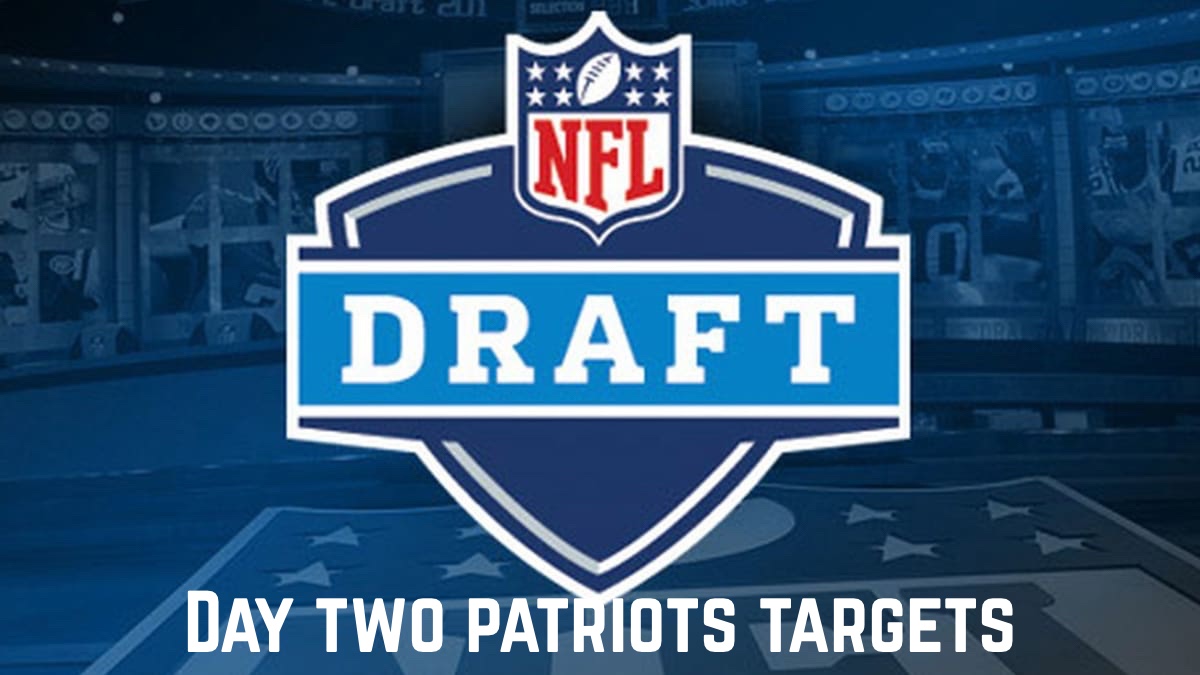 The Patriots have three picks in Day Two of the NFL Draft. They current have pick 54 in the second round and picks 85 and 94 in the third round.

New England has plenty of needs and there is plenty of talent left on the board to address it.

Here are ten players to keep an eye on in Day Two of the draft.

Travis Jones, DT, 6-4 325, UConn: Jones is quick off the ball, plays with power and can be dominant versus single blocks and double teams. He needs to play with more of a motor but he would be a great scheme fit for the Patriots.

Kyler Gordon, CB, 5-11 194, Washington: Polished corner who is fundamentally sound. Has good hands and hips and does a good job getting on receivers hips and carrying them vertically. Gordon has good ball skills and can be effective in man or zone coverage. His willing to play physical and support the run make him an ideal target for the Patriots.

Troy Andersen, OLB, 6-3 248, Montana State: Andersen is long and athletic. He can play all three downs and is effective in coverage and as a blitzer. Andersen plays with good instincts and has the speed and athleticism to track down ball carriers in space. Needs some refinement but he would give the Patriots some much needed speed.

Christian Harris, OLB, 6-0 226, Alabama: Harris is well versed in Nick Saban’s pro-style defense. He is a high I.Q player who would be a good fit in the Patriots defense as a WILL linebacker.

Harris is undersized but he runs well laterally and does a good job playing over the top against outside running plays. Harris can be a three down player and play a variety of roles for the Patriots in sub packages.

Bernhard Raimann, OT, 6-6 303, Central Michigan: The former tight end is raw but he has good length and he is athletic. Raimann can play right or left tackle. Reminds of Sebastian Vollmer.

Chad Muma, ILB, 6-2 239, Wyoming: Muma is a good athlete who runs well and plays with good instincts. A physical tackler, Muma gets downhill fast and can make plays from the backside.

Muma is effective underneath in zone coverage and he can blitz off the edge and from depth making him a complete linebacker.

Darian Kinnard, OG, 6-5 322, Kentucky: Similar to Michael Onwenu in terms of build. He can play guard or tackle. Kinnard is strong and athletic. A high I.Q player who was a multi-year starter for the Wildcats.

Cam Britt-Taylor, CB, 5-10 196, Nebraska: Britt-Taylor is smart, instinctive and can play on the line or in the slot. Could transition to safety eventually.

Skyy Moore, WR, 5-9 195, Western Michigan: A sleek route runner who gets in and out of cuts with ease and knows how to get open. Moore has strong hands and he wins one on one situations.

John Metchie, WR, 5-11 187, Alabama: Metchie is coming off of an ACL injury but when healthy is a starting caliber receiver who runs good routes and can make big plays after the catch.

Leo Chenal, OLB, 6-2 250, Wisconsin: Similar player to Dont’a Hightower but not as athletic as Hightower was coming out of Alabama.. Can play all three downs. Effective coming off the edge or in pressure packages. Can cover underneath in zone coverage. High I.Q.

Marcus Jones, CB, 5-8 174, Houston: Smallish slot corner who can stay in phase and has the ball skills of a bigger corner. Jones will make an impact as a return man.

Phidarian Mathis, DT, 6-4 310, Alabama: Mathis can play tackle or end and offers great scheme versatility because of his length and athleticism.

Dylan Parham, C/G, 6-2 311, Memphis: Parham can play center or guard. A former tight end and linebacker in high school, Parham has the athleticism necessary to excel in the NFL at either center or guard.

Channing Tindall, ILB, 6-1 230, Georgia: Tindall is smart, athletic and terrific underneath in man and zone coverage. A three down linebacker who checks off a lot of boxes.