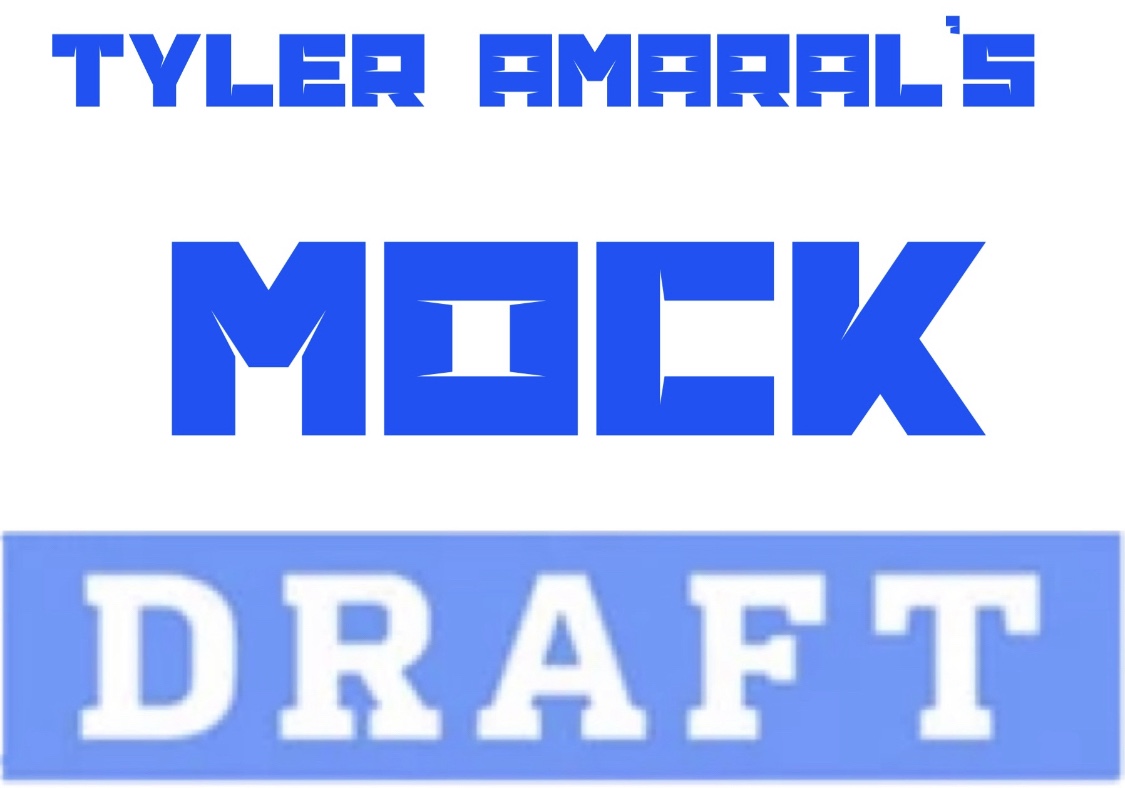 Our Tyler Amaral reveals his final mock draft prior to tonight’s first round. Some intriguing picks here.

3. Houston Texans: Evan Neal, OT Alabama – The Texans have holes at every position group. Neal can play left guard or right tackle in year one before eventually taking over for Laremy Tunsil at left tackle.

6. Carolina Panthers: Charles Cross, OT Mississippi State – Cross isn’t for everyone. He has limited run blocking experience and only plays left tackle. Reports coming out of Carolina this week suggest the Panthers will add to the offensive line with their first pick and attempt to trade for a veteran signal caller, potentially Baker Mayfield.

8. Atlanta Falcons: Jermaine Johnson, EDGE Florida State – Once a member of the vaunted Georgia front seven, Johnson transferred to Florida State and dominated the ACC. He will fill one of the many holes on the Atlanta roster.

9. Seattle Seahawks: Derek Stingley, CB LSU – Stingley could go as early as pick 3, but his floor seems to be Seattle. Had he been eligible to declare for the draft two years ago, he could have been a top 5 selection.

11. Washington Commanders: Garrett Wilson, WR Ohio State – If Carson Wentz is going to succeed in Washington, he needs some more help. Wilson is a seamless fit across from fellow Buckeye Terry McLaurin.

12. Minnesota Vikings: Kyle Hamilton, S Notre Dame – One of the best prospects in the class slips on draft day due to positional value and average testing numbers.

13. Houston Texans: Trent McDuffie, CB Washington – McDuffie has reportedly blown away front office members across the league during pre-draft interviews. This alone makes him appealing to Nick Caserio. McDuffie is smaller, but he is a sticky defender on the back end and is also a willing tackler.

14. Baltimore Ravens: Jordan Davis, DT Georgia – Despite the re-signing of Calais Campbell, the Ravens need help on the interior of their defensive line. Davis is a freak.

15. Philadelphia Eagles: Drake London, WR USC – Philadelphia selects a receiver in the first round for the third straight year. London is a great compliment to DeVonta Smith.

16. New Orleans Saints: Trevor Penning, OT Northern Iowa – The Saints have two obvious needs – left tackle and receiver. They address one here. Let’s see what they do at 19.

17. Los Angeles Chargers: Chris Olave, WR Ohio State – The Chargers could go in a number of directions. I’m betting they try to upgrade the offense around Justin Herbert.

19. New Orleans Saints: Kenny Pickett, QB Pittsburgh – No receiver is a value at this point so the Saints make Pickett the first quarterback selected.

20. Pittsburgh Steelers: Malik Willis, QB Liberty – Mike Tomlin and Kevin Colbert have shown interest in Willis the entire offseason. He will need to sit for a year behind Mitchell Trubisky.

21. New England Patriots: Kenyon Green, OL Texas A&M – Green is a super versatile offensive lineman. He played four positions in college. He would immediately slot in at one guard spot for the Patriots and has the ability to slide to tackle if absolutely necessary.

23. Arizona Cardinals: Zion Johnson, OL Boston College – Johnson is as solid as they come and is another versatile offensive lineman profiling best as a high end NFL guard.

24. Dallas Cowboys: Treylon Burks, WR Arkansas – Offensive line is a bigger need, but Burks is more highly rated than any lineman at this point. And is Jerry actually going to pass on a fellow Razorback?!

26. Tennessee Titans: Desmond Ridder, QB Cincinnati – The most surprising pick of Thursday night. The Titans need to question whether Ryan Tannehill is the answer or not. Ridder will draw rave reviews from former coach and friend of Mike Vrabel, Luke Fickell.

27. Tampa Bay Buccaneers: Lewis Cine, S Georgia – The Buccaneers have bigger needs at guard and defensive line. Cine will play early even with a pretty crowded safety room in Tampa.

28. Green Bay Packers: Bernhard Raimann, OT Central Michigan – Packers fans won’t like this pick either. Raimann can start at right tackle from day one kicking Elgton Jenkins back inside to guard. Check out the round 2 picks, Packer fans!

29. Kansas City Chiefs: Boye Mafe, EDGE Minnesota – Melvin Ingram has not re-signed and Frank Clark has underwhelmed. The Chiefs need someone to get consistent pressure on the quarterback from the edge.

31. Cincinnati Bengals: Kyler Gordon, CB Washington – The Bengals could add an interior offensive lineman here, but upgrading on Eli Apple is the more pressing need after their free agent additions.

32. Detroit Lions: Nakobe Dean, LB Georgia – Dean is the first off ball linebacker selected. Linebacker is not the Lions biggest need, but Dean is a home run draft pick and fits the culture Dan Campbell is trying to build perfectly.