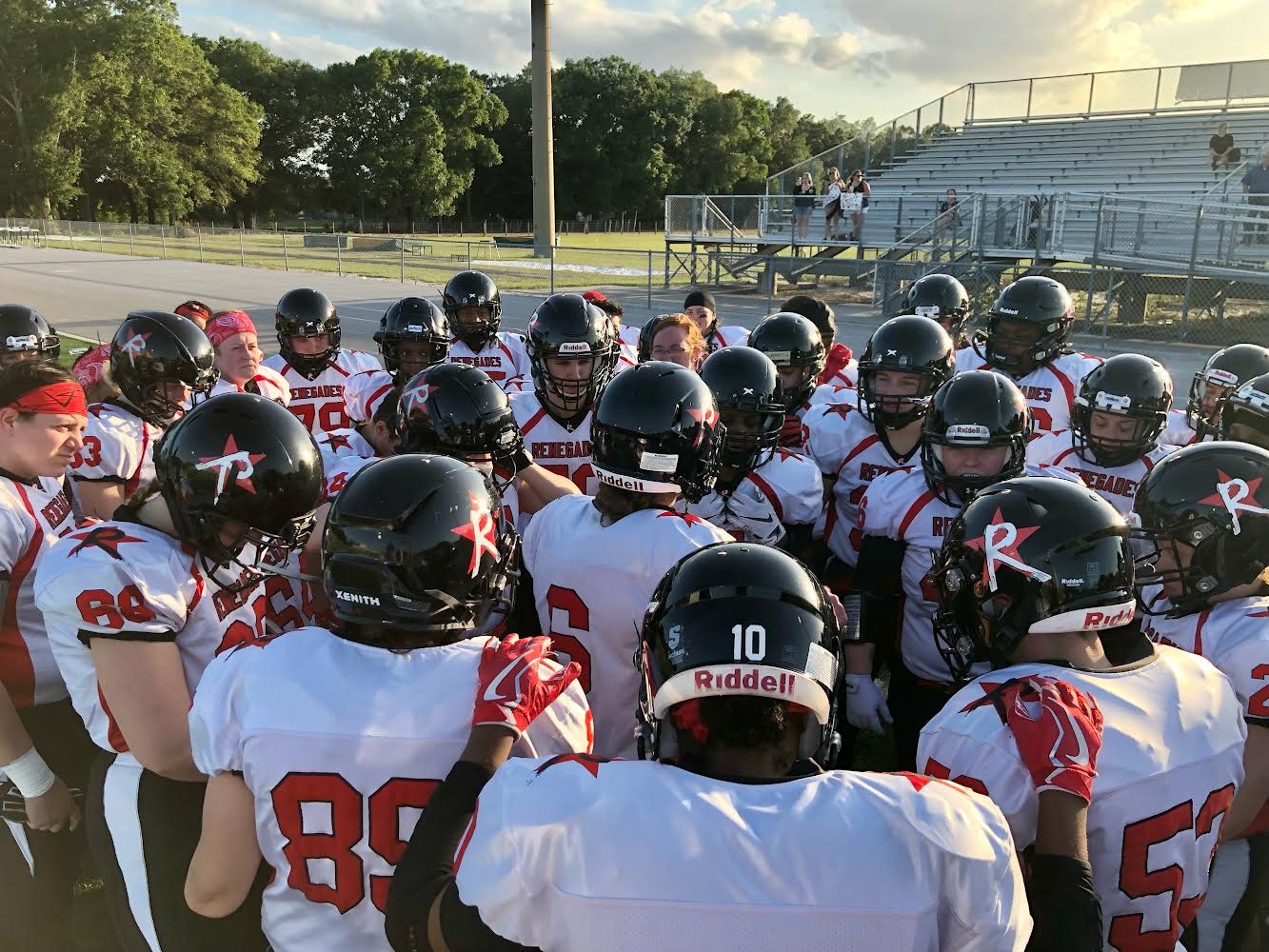 
If you haven’t been paying attention, the three-time WFA national champs aren’t just beating teams, they’re blowing them out in 2007 Patriots fashion on a regular basis.

The Renegades went down to Tampa and beat the Inferno by 47 in a shutout win.

It was Allison Cahill (21/27, 159, 3 TD), not Tom Brady who was the GOAT in Tampa on this night, again leading Boston to a statement victory. Dating back to the 2019 season, the Renegades have been winning with both offense and defense. Boston is 19-0 since the 2019 opener (no season in 2020) and have outscored opponents 1,050-234. That’s outrageous consistency and utter dominance, no matter what level or league you’re talking about.

On Saturday, the Renegades jumped out to 14-0 lead after one and 21-0 at the half. Boston ran 77 plays to Tampa’s 48 and out-gained the hosts 379-134. The defense held Tampa to six first downs, including 0-for-11 on third down. After forcing five turnovers in the opener (all interceptions) the Renegades only had one forced turnover, but also held the Inferno to 46 rushing yards.

Game captain Renate Meckl hauled in a short 3-yard touchdown from Cahill to open the scoring and a 1-yard TD run for Tytti Kuusinen (19/101/3 TD) made it a two-score game. The only points of the second quarter came on a 24-yard TD reception for Ruth Matta (10 carries, 59 yards, 2 catches, 28 yards) from Cahill. Kuusinen continued to roll in the third, scoring from 17-yards out for the 28-0 lead and Cahill’s third touchdown from 27-yards out to Kyshani Dummott (9 catches,76 yards) pushed it to 34-0 after a missed PAT.

Touchdown runs by Latoya Saulters (three yards) and Kuusinen (eight yards) capped the scoring onslaught in the fourth. KD Ellison had an interception while Chanté Bonds led the way on defense with three tackles. In a true team effort, 18 different players had at least one tackle (solo or assisted).

“We knew they would try to run on us. We had a game plan and executed it like we wanted to,” said defensive lineman Lara Pula. “Coach also made some adjustments during the game and we had great communication and trust and we are unstoppable. With that mentality we shut down Tampa’s run game early. We are ready to get at it again this Saturday against Detroit. Let’s go Darkside!!”

The home opener at Harry Della Russo Stadium in Revere (and all home games) starts at 6 P.M. The Detroit Venom have the distinct honor of (most likely) being just another name on a growing list of teams the Renegades are handling with ease. Last year, Boston played Detroit twice and won 62-0 and 41-3.

The food trucks will be firing, the beers will be flowing and the muskets should be firing early and often in the end zone on Saturday night.