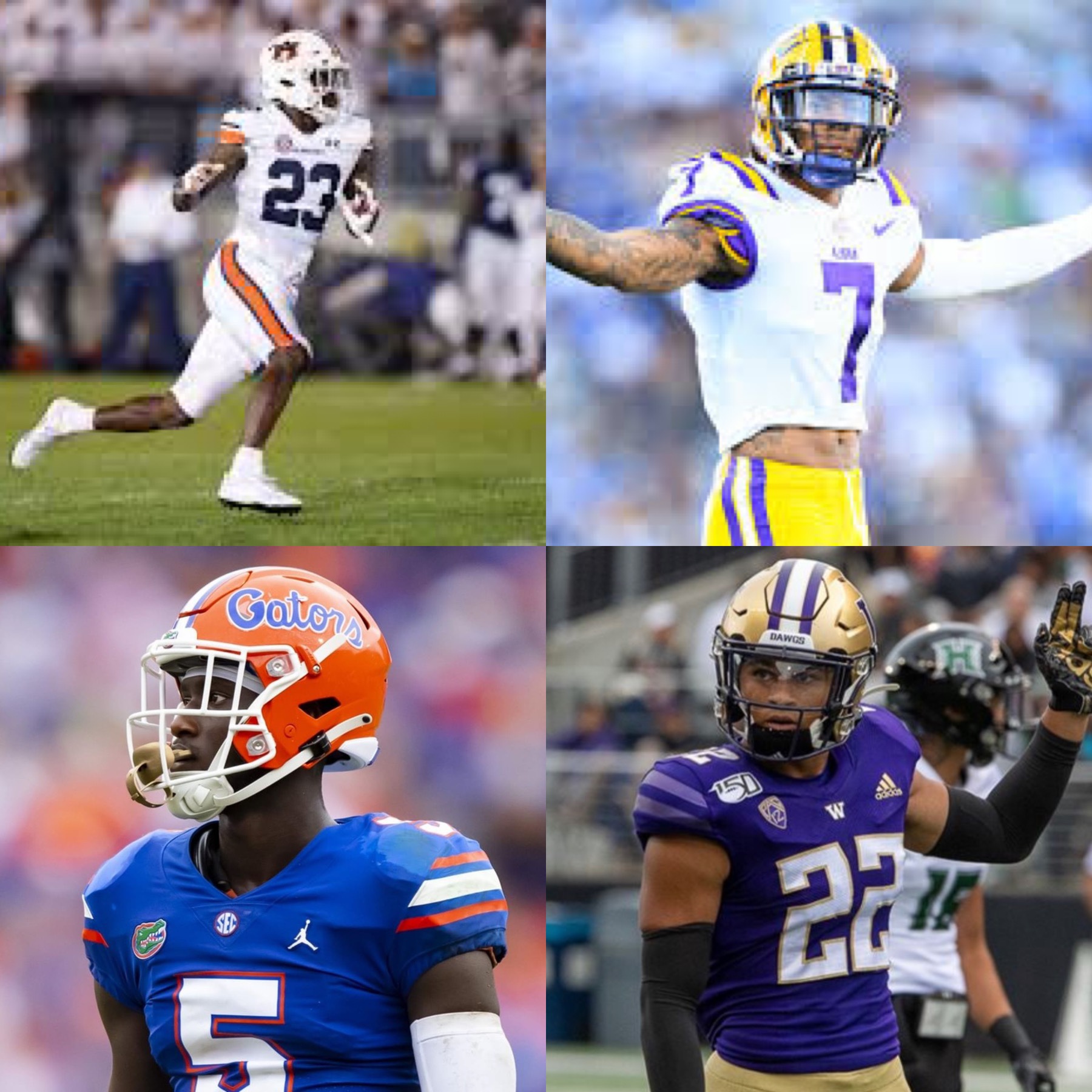 Belichick also signed hybrid safety, corner Jabril Peppers. Despite those additions, the Patriots lack a young corner with size that can match up on the outside.

Belichick has had more success at cornerback in later rounds so perhaps that is the direction he goes in to address the position.

Here are 15 cornerbacks I think would be good fits for the Patriots.

My Scouting Report: Three year starter who is versatile. Can play in a man or zone system and excel. Displays good body control, hips and feet in man coverage. Maintains hip position and cuts off receivers so that he doesn’t get stacked. Smooth and fluid in his backpedal. Has good suddenness and can plant and drive on route breaks.

Attacks stalk blocks and is willing to support the run. Moves well laterally and does a good job of wrapping up and finishing ball carriers on contact.

McDuffie is technically sound but he lacks elite level athleticism. Average ball skills. Doesn’t pick a lot of passes off. Struggles in jump situations in the red zone. Rounds: 1st

My Scouting Report: Limited body of work. Stingley is living off of his sensational freshmen season in 2019. He has good length and athleticism. Smooth in his movements. Sinks and gets in and out of his backpedal with ease. Transitions well and can plant and drive off of his backpedal and break on the ball.

Stingley does a good job in press coverage. Uses his opposite hands well and can punch and slide. Has good feet and maintains his balance.

Stingley is more comfortable in man coverage than zone coverage. Has good hands and ball skills but he is better in trail technique out of a press alignment than off coverage. Isn’t as instinctive in zone coverage. Tends to be a little high in his backpedal. Willing to support the run but struggles to get off blocks and as a result, isn’t as good in run support. Rounds: 1st

My Scouting Report: Elam is a long corner who is most effective in press man coverage. Has strong hands and does a good job re-routing receivers. Smooth and fluid for his size. Gets in and out of his backpedal and can stay in phase vertically. Elam has elite ball skills. Goes up and routinely breaks up jump balls, especially in the red zone.

Willing to support the run. Attacks blockers and can stack and shed receivers. Breaks down and engages ball carriers. Tackles with a good pad level and finishes.

A long strider, Elam doesn’t always transition well and he loses receivers once he is out of phase. A little high in his backpedal in zone coverage. Rounds: 1st

My Scouting Report: Booth is long and uses his length well, especially in msn to man situations where he is playing the ball. He has good feet and hips. Jams and flips his hips with ease and can get in phase. Stays on track down the sideline and has the ball skills to work through a receiver and break up passes.

Booth is fluid in off coverage. His backpedal is smooth and quiet and he can flip his hips and transition with ease. Willing tackler who fights through blocks and can finish tackles on contact.

My Scouting Report: Gordon has good size. Thick framed. Plays with good body control, has good feet and hands. Can jump on a hip and carry routes vertically while in phase. Can play loose and is smooth in his backpedal. Reads routes well and sits on double moves, doesn’t bite.

Moves well laterally and he isn’t afraid to come down hill. Works through a blocker and gets to the ball carrier. Gordon is a good tackler. Uses his frame well when finishing.

Plays a little loose and undisciplined. Needs to play more within the system. Rounds: 2nd

My Scouting Report: Smooth and athletic. Has good hands, hips and feet. Does a good job of getting on a receiver’s hip and getting in phase. Excels in a loose alignment. Has a smooth, quiet backpedal. Reads route breaks and breaks on the ball quick.

Can play outside and inside in certain downs and distances. Highly competitive. Has a corner’s mentality. Likes playing the position. Could eventually transition to safety.

My Scouting Report: Terrific athlete who has good hands and feet. Can play in press or off technique. Has the speed to play outside against big play receivers. Backpedals well in bail technique. Reads routes well and can click his feet and break on the ball.

Willing run defender who can consistently disengage from blockers and make tackles.

As athletic as he is, Britt Taylor doesn’t move well laterally. Struggles with receivers underneath in space. Needs to bend and break down better in those situations. Rounds: 2nd-3rd

My Scouting Report: Small corner who profiles as a slot nickel or dime corner. Superb athlete who who has good hands and feet. Can jam, get hip position and go. Has good hands and can go up and defend passes in jump ball situations despite his size.

Former wide receiver who can also return kicks. Can make people miss in space and has a big time second gear.

Size is an issue. Can’t play on the outside. He’ll struggle to match up. Needs to do a better job of reading routes and he gets turned around way too easily. Rounds: 3rd-4th

My Scouting Report: Woolen is long and lean. At his best in off technique where he can read routes, click his feet and jump them. Played rolled up as a press corner as well and showed he can punch, redirect receivers and carry them vertically.

Woolen has strong hands and he can win in one on one jump ball situations. Attacks blocks and does a good job of sticking blockers and disengaging.

Woolen is raw fundamentally. Needs to work on his technique in terms of route reading and decision making. Might be better at safety long term. Rounds: 3rd-4th

My Scouting Report: Armour-Davis is an outside corner but he can also slide inside on nickel and cover bigger receivers. Smooth in his movements. Has good hands and feet. Can re-route receivers and come underneath in Cover 2. Armour-Davis has good ball skills, especially in one on one situations.

Tracks the ball well down the field. Plays through receivers and maintains hip position down the sideline.

Limited in off coverage. Better in press. Needs to do a better job of route reading. Guesses at times. Needs to stop gambling over the top. Needs to play more technically sound in those situations. Rounds: 4th-5th