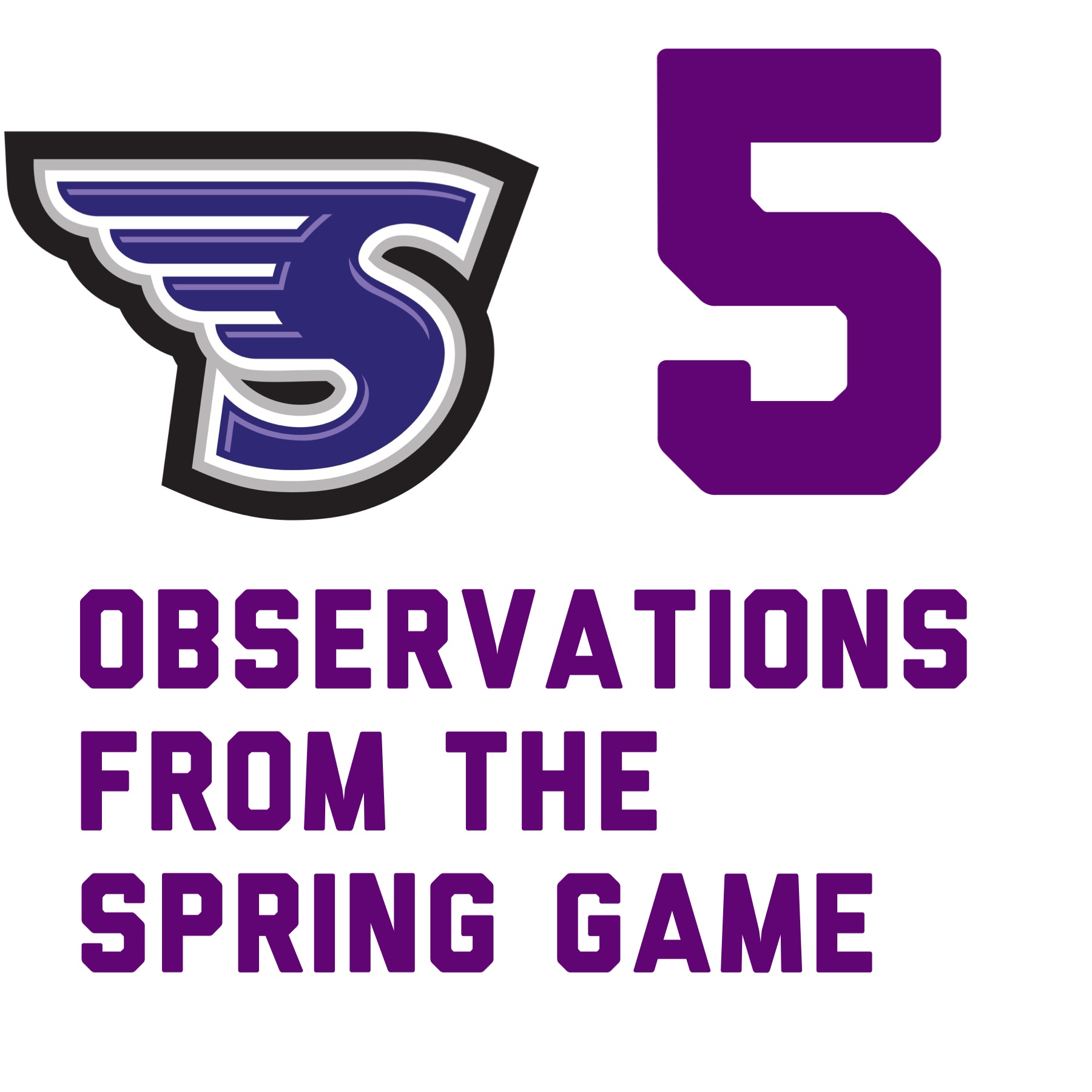 Stonehill College wrapped up spring ball on Saturday afternoon with a controlled scrimmage.

The scrimmage featured a variety of specialty and situation periods and team work. There were plenty of highlights. Here are my five observations from Stonehill’s spring game.

I thought sophomores Jackson Zalinsky, Matt Arvanitis, Andrew Janik and freshmen Ashur Caraha all had their moments but I also didn’t think that anyone did enough yesterday to separate themselves. This appears to be a true competition.

All four quarterbacks have strengths and Gardner was pleased with what he saw in the spring finale.

“I thought all four of them did something well. I’m sure we’ll look at some things on film and see that we left some stuff out there. Things have to be working around them too. The offensive line, the receivers, the run game. It’s team sport. As much as everyone wants to lean on the quarterback, everyone around them has to perform too.”

Given the diverse skill set of each quarterback, this competition could carry into the start of the season.

2. Plenty of skill: Regardless of who the quarterback is, they will have plenty of skill to throw to. Wide receivers Cameron Alves and Deaaron Lawrence return as does tight end Spencer Duthrie. Sophomore Chris Domercant out of Bellingham High School is also a player to watch. The Skyhawks also have several backs that they can get the ball to, most notably sophomore Jarel Washington who looks to be a weapon out of the back field.

4. Physicality upfront: I thought both the offensive and defensive lines got after each pretty good considering the controlled nature of the game.

The Skyhawks return several key contributors along the offensive and defensive lines. Matthew Marvin, Kyle Hess and David Satkowski were the offensive lineman that stood out to me. Defensively, linebacker Sam Murphy, Vahn Friday and Matt Beekey were among the players who popped. You can see that this team is built on playing physical up front on both sides of the ball. They have good size and players who like contact.

5. Fun atmosphere: One thing I enjoyed was people coming out of stands at the end of the game to catch punts. It was mostly players parents and family members. One thing Gardner and his staff do a good job of us creating a family environment. That was evident on Saturday.