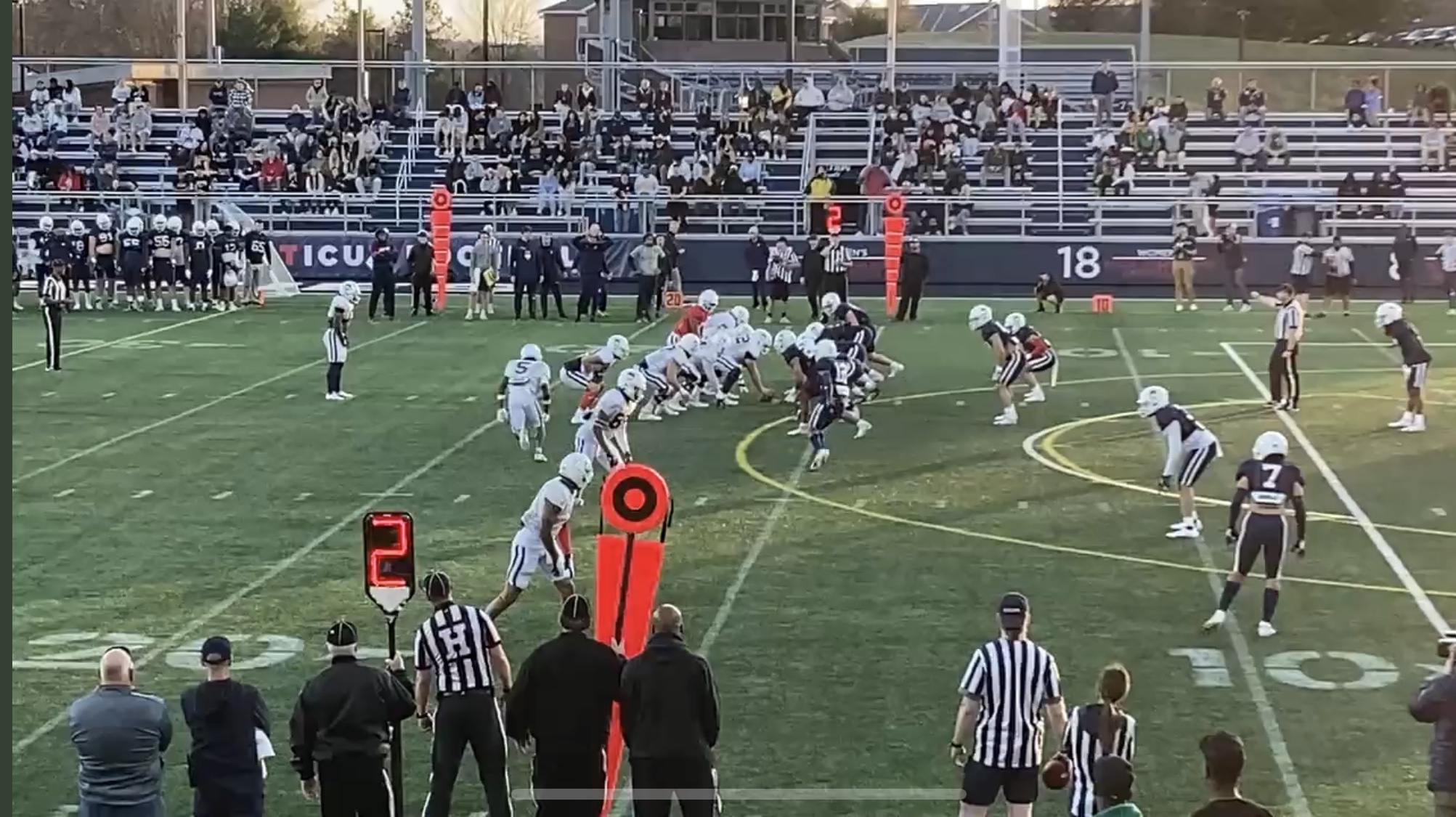 UConn played their Blue and White Spring Game/Showcase last night. It was basically a glorified practice. Here are some observations from the game.

Don't miss your chance to be part of the #HuskyRevolution

1. Quarterbacks: I thought both quarterbacks had their moments last night. Ty’Quan Roberson is clearly the leader in the quarterback competition but he still needs reps with the first team. As we saw last night, he moves well and can create on the run but he needs to get more comfortable in the system. He botched a snap, overthrew the ball a couple of times and missed on a flea flicker.

Conversely. Steven Krajewski played well enough last night to keep this competition open heading into fall camp. He threw touchdown passes to Nigel Fitzgerald and Kevin Dunn. Tyler Phommachanh will also be in the mix once he’s healthy. The competition will pick up again in the fall.

2. Receiver a strength: The wide receivers balled out last night. The position looks like a position of strength heading into the season. Nigel Fitzgerald, the transfer from Old Dominion looked good. He caught a touchdown pass from Krajewski. If this group can stay healthy, there is a lot of big play potential there.

Love my bruddas! So GLAD IM A HUSKY

I thought they looked good last week when we saw them live as well. The front seven has size and athleticism. Same with the back end. There is talent there and it showed last night. Jim Mora and Lou Spanos need to get more out of this unit.

If UConn is going to compete this fall, this defense needs to be much better than they were last season. It really is that simple.

4. Backs and offensive line looked good: Both Will Knight and Nate Carter ran hard behind the Huskies offensive line. Carter scored on a 7 yard touchdown run. Both backs I thought ran with good power and balance.

The addition of Dartmouth transfer Jake Guidone has helped solidify a young offensive line and it showed this spring. Valentin Senn, Christian Haynes, Noel Ofori Nyadu and Christopher Fortin were the other starters and I thought they played well.

5. Great atmosphere: Over 4,000 people took advantage of the free tickets that were given out. Governor Ned Lamont was also in attendance as well. The atmosphere was great and it seemed as if UConn Football was back. It was a positive first step in turning around a program that needs a shot in the arm.