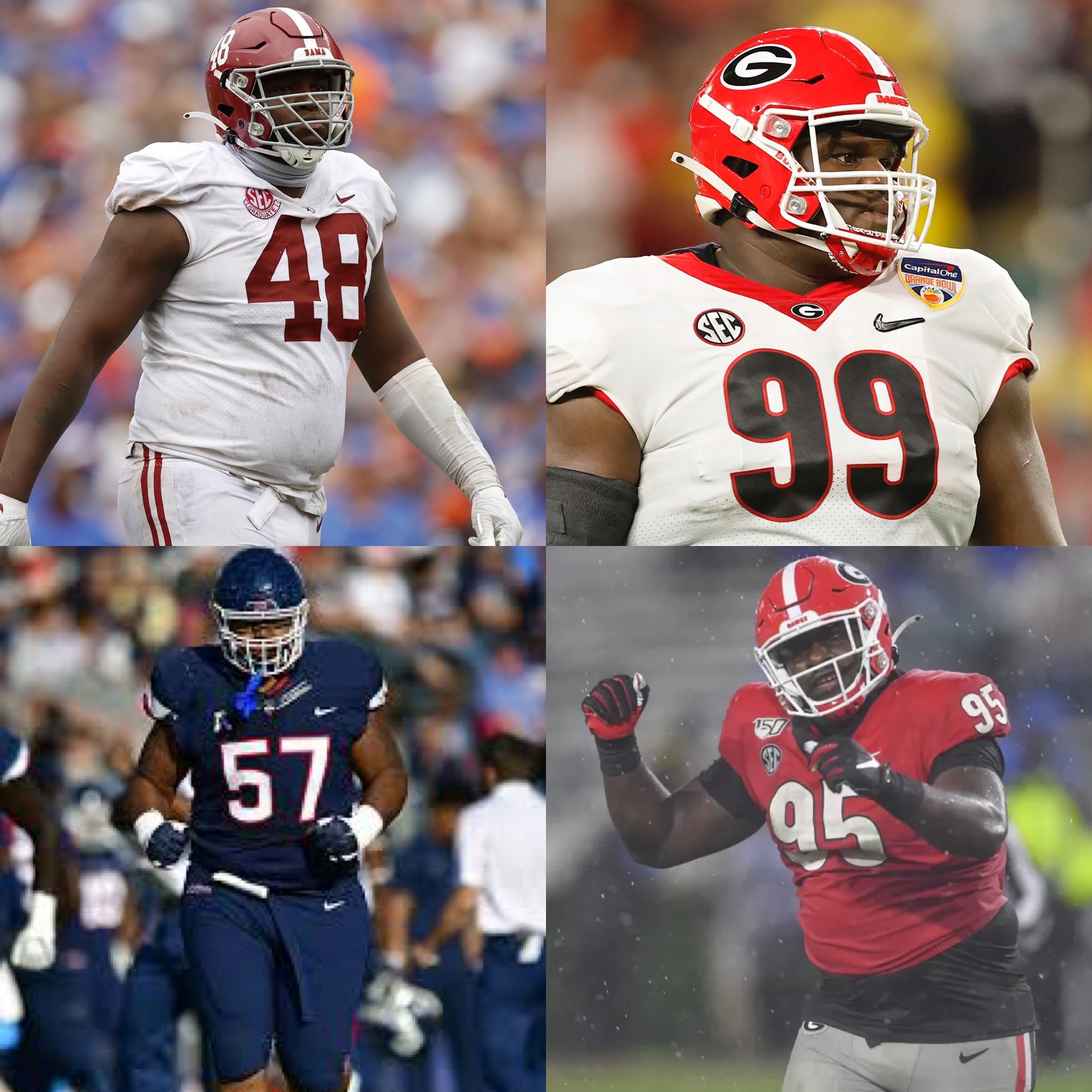 The moves paid off early as the Patriots were better against the run but as the season wore on, they struggled again. Defensive tackle is still a position of need. They need to get bigger inside.

Here are 15 defensive tackles that I think would be good fits for the Patriots.

My Scouting Report: The most explosive defensive tackle in this class. Gets off the ball quickly and re-creates the line of scrimmage. Plays good bend and leverage. Has strong hands and can neutralize single blocks. An effective pass rusher who can bend, lean and run the arc. Plays fast laterally and can chase and finish plays.

Wyatt needs to play more under control. Does have a tendency to run himself out of plays. Needs to hold his ground better against double teams. Tries to split them with get off and gets driven back. Rounds: 1st

My Scouting Report: Freakish athlete who moves well in all four directions. Can neutralize single blocks and double teams. Plays with good leverage for his size. Shoots gaps and can re-create the line of scrimmage. Moves well laterally and can finish plays from the back side. A bull and rip pass rusher who plays with good lean and consistently converts speed to power.

My Scouting Report: Jones burst onto the season in pre-draft workouts. Literally and figuratively. He has a terrific blend of size, power and explosiveness. Plays square to the line of scrimmage and has good get-off. Moves well down the line of scrimmage and consistently makes plays from the backside. Controls single blocks and routinely splits double teams. Jones is an effective pass rusher who plays with good lean and natural bend. Runs the pass rush arc cleanly when chasing quarterbacks out of the pocket.

Jones needs refinement as a pass rusher. Relies too much on bullying offensive lineman and not enough on his hand moves. Doesn’t always play full speed. Missed the entire 2020 season due to Covid. Rounds: 1st-2nd

My Scouting Report: Long defensive lineman who can play tackle in a 40 front and end in a 30 front. Mathis has good length and he uses it his advantage. Plays with strong hands at the point of engagement. Can control single blocks and stack and shed. Competes against double teams. Mathis has good get off. He can re-create the line of scrimmage and play down the line laterally. Shows good lean and explosiveness as a pass rusher.

Mathis needs to be more refined however as a pass rusher. Needs to do a better job of attacking half the man and using his hands. Doesn’t play with a great deal of power at the point of attack k. Needs to bend better. Rounds: 2nd-3rd

My Scouting Report: Ridgeway is strong at the point of attack. Plays with good bend and pad level for his size. Thickly built. Has strong hands and controls single blockers. Moves well laterally and can play down the line. Doesn’t walk into trap blocks. Plays with good recognition skills. Can convert speed to power as a pass rusher.

Ridgeway needs to learn to play with a lower pad level. Unrefined as a pass rusher. Relies too much on his size. Doesn’t win with get off. Needs to stop exposing his chest to contact. Rounds: 3rd-4th

My Scouting Report: Long and moves quick for his size. Has good get off and plays with a low pad level and good lean. Farrell moves well in all four directions and plays with good recognition skills along the line of scrimmage. Shows some ability as a pass rusher. Wins with power and size. Leans on people and has shown he has the secondary explosiveness to finish at the quarterback.

Doesn’t do anything that pops on film. Farrell is an effort player. Needs to play more to his size at times. Doesn’t flash as a pass rusher. Could be better as a first and second down player or rotation guy. Rounds: 3rd-4th

My Scouting Report: Long and lean. Your classic 3 tech in a 40 front or 5 Tech in a 30 front. Plays with good extension and strong hands. Creates separation on contact. Plays with good body control for his size. Moves well laterally and can finish plays from the backside.

My Scouting Report: A wide bodied nose or shade tackle, Elliss is a load at the point of attack. He does a good job of controlling blockers and gaps. Absorbs double teams and does a good job of splitting them. Has decent get off for his size and can re–create the line of scrimmage. Plays with strong hands and can stack and shed at the point of attack.

My Scouting Report: A wide bodied, versatile lineman who can play in a variety of alignments and play all three downs. Davidson has good get off and can re-create the line of scrimmage. Plays with good lateral quickness versus zone and scoop blocks. Heavy handed. Controls single blocks once he gets inside hand position. A bull and rip pass rusher who can convert quickness to power.

Needs to tighten up physically. Plays too big for his frame. You can see when he runs out of gas on tape. Walks into kick out and trap blocks. Needs to play with more awareness. Limited repertoire as a pass rusher. Rounds: 6th-7th

My Scouting Report: Jackson is long and lean. Plays with good get off and has good instincts along the line of scrimmage. He doesn’t walk into trap or kick out blocks. Can consistently rush the passer by playing with good bend and lean. Uses his hands well and can extend, stack and shed.

Despite his frame and build, he’s limited athletically in certain areas of his game. Plays with a motor but needs technical refinement. A project that with patience and good coaching who could develop into a rotation player. Rounds: UDFA