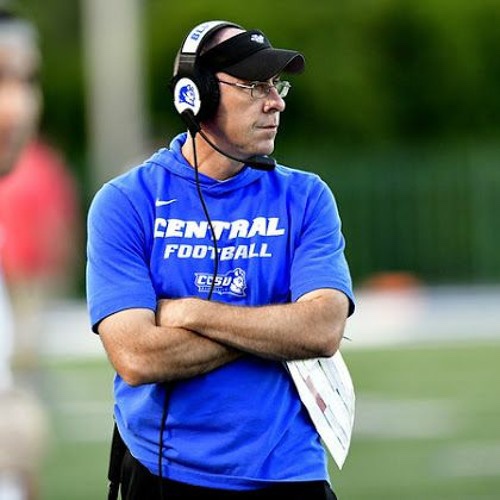 Every coach in America will tell that the two goals they have for their football team at the end of spring ball is that they got better and the team got out of it healthy.

Central Connecticut State Head Coach Ryan McCarthy is no different. I spoke with McCarthy on Wednesday night about spring practice and the upcoming spring game. McCarthy gave an honest assessment of where his team is right now. They are better but have some big shoes to fill. Which is why McCarthy said he enjoys coaching in the spring.

“The spring is the time of the year where you don’t have the pressure to get the team ready for a game. You can really put your emphasis on fundamentals, development and really working on your technique. The spring for me is my favorite time of the year. McCarthy added: There’s so many thing to develop with a football team. There’s nothing better than devoting your time to getting better.”

The Blue Devils needed to focus on fundamentals going into this spring. Prior to last season, the Blue Devils hadn’t played in almost two years. They had ten practices last spring, but then the program was shut down due to Covid. McCarthy says it has been nice to have a normal spring.

“We didn’t play in 2020. We didn’t play in the Spring of 2021. That affected us. We had a lot to replace coming off of an 11-2 team. I knew we had talent. The nice thing about this spring is we’ve had a regular off-season m. We’ve been in the weight room four times a week. We’ve the conditioning in the mornings. We knew were going to be talented but I didn’t know what kind of team we had.”

Replacing key starters such wide receiver Tyshaun James, linebacker Trevante Jones and offensive lineman J.J Coliman is no easy task but McCarthy feels that the younger players at those positions stepped it up this spring.

“That was a big part of it. We didn’t have a kid into the portal after the 2019 season. The entire time we didn’t play, we didn’t have a kid enter the portal. We had guys like J.J Coliman, Trevante Jones. Tyshaun James couldn’t have gone to a Power 5 school. He could have gone a lot of places. He could’ve gone a lot of places based where other kids are going. He would have been a sure fire Power 5 kid.”

McCarthy emphasized that the reason these guys stayed last season was they wanted another shot at a league title.

Replacing that kind of talent isn’t easy but McCarthy credits recruiting as the reason the Blue Devils are in position to replace so many key contributors.

“The program guys are hard to replace. We’ve done a good enough job in recruiting that we have talent . I think the biggest thing is developing those type of leaders that we have to replace.”

The Blue Devils got off to a slow start last season but played their best football down the stretch. It was important to come into this spring with some momentum to build on. McCarthy feels they’ve done that. Now it’s about using the spring game and the rest of the off-season to improve.

“The big thing is getting out of this thing healthy. We’re not going to do a lot schematically. We will have had 14 practices going into the game. I think I’ve seen enough to know what we have.”

Continued improvement by the offense is one of the things McCarthy is looking for not only in the spring game but heading into fall camp as well. The improvement of the offense is tethered to the development of junior quarterback Romelo Williams. McCarthy talked about how much Williams has improved despite last season being his first season as a starter and the first time he had played in a game in three years.

“We knew replacing Aaron Winchester was going to be difficult but Romelo Williams has all of the necessary talent to be a high level quarterback in this conference. He does things that are very impressive.”

As for the offense improving. McCarthy says it is all about being efficient with the football and supporting the defense by playing complementary football. If the Blue Devils can do that on Friday night and beyond, then this team could be a player in the NEC next season. Navigating a difficult schedule will also factor into whether or not the Blue Devils take the next step.

“As I look forward to the guys that return, that first part of the season, if you look at our schedule, it’s not easy. We open with UConn, then we play defending conference champions Sacred Heart, then we go down to Louisiana to play a playoff team in Southeastern Louisiana. Then we play a CAA team in Albany.”

McCarthy doesn’t want to build this on winnable games. He believes that if the Blue Devils are going to become a contender in the NEC, they need to challenge themselves.

“We’re going to be tested early. That’s the way I want it. I want to play the best people we can play out of conference. We’re going to be in better shape going into this year than we were last year.”

The Blue Devils wrap up Spring Football tonight at 6 pm in their annual Spring Game at Arute Field.