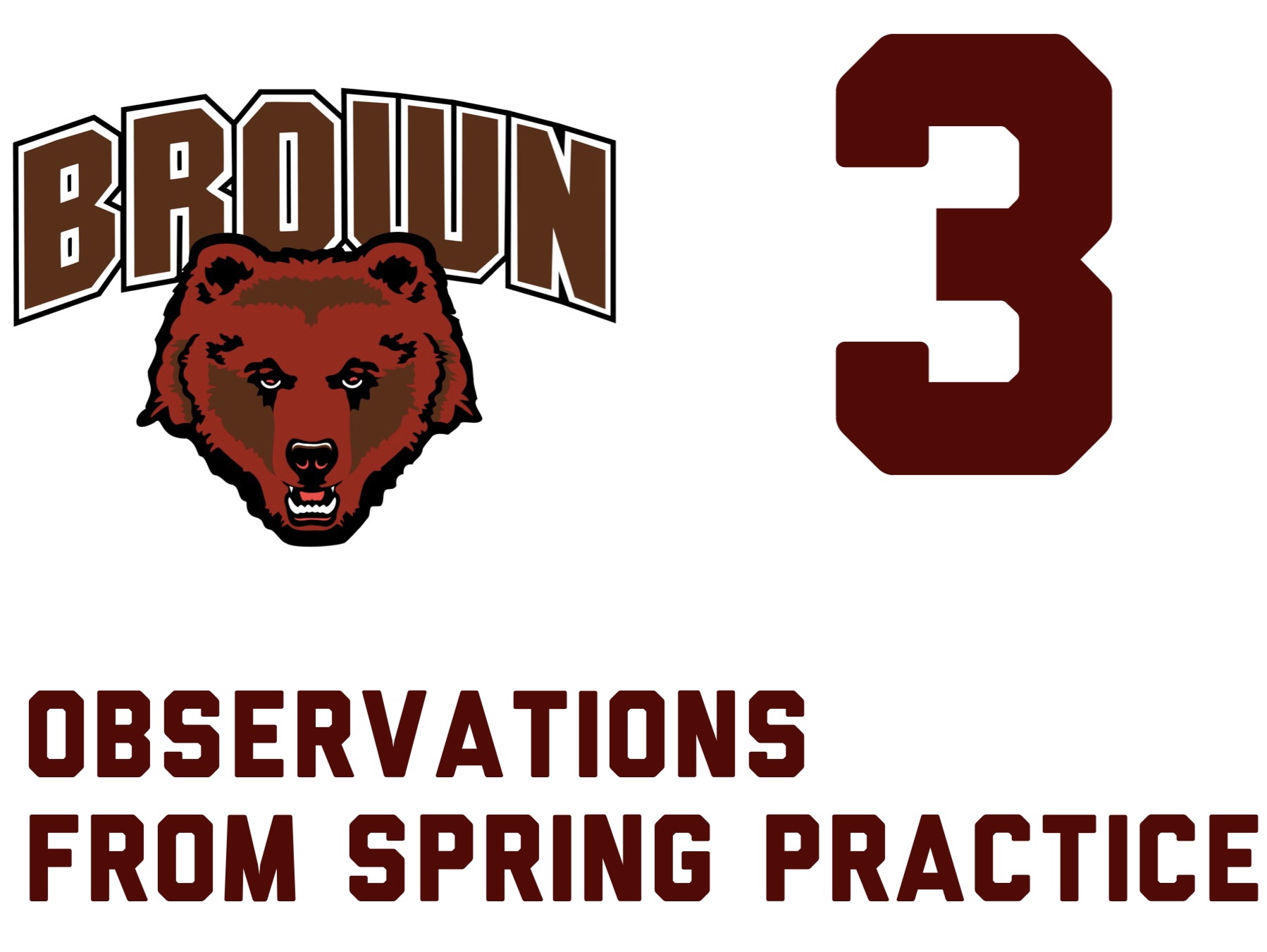 It was a cool, crisp afternoon at the Emerson Athletic Conplex yesterday afternoon but that didn’t stop Brown Bears Head Coach James Perry from bringing the energy. Perry and his staff set the tone for what was an upbeat, uptempo practice. There was no music, no dancing. It was all football and the Brown football team got after it.

The thing that really stuck out to me was just how much talent Brown has. You can see that Perry and his staff have recruited well. Offensively, they need to replace Ivy League Offensive Player of the Year E.J Perry but the quarterback room has plenty of capable talent. It helps throwing to what could be the most talented receiving corp in the league. Defensively, the Bears look bigger and faster.

The talent and the coaching is in place, now it is just a matter of the Bears taking the next step and winning more games. If yesterday’s practice was any indication, success is on the way.

Here are three observations from my spring visit with the Bears. 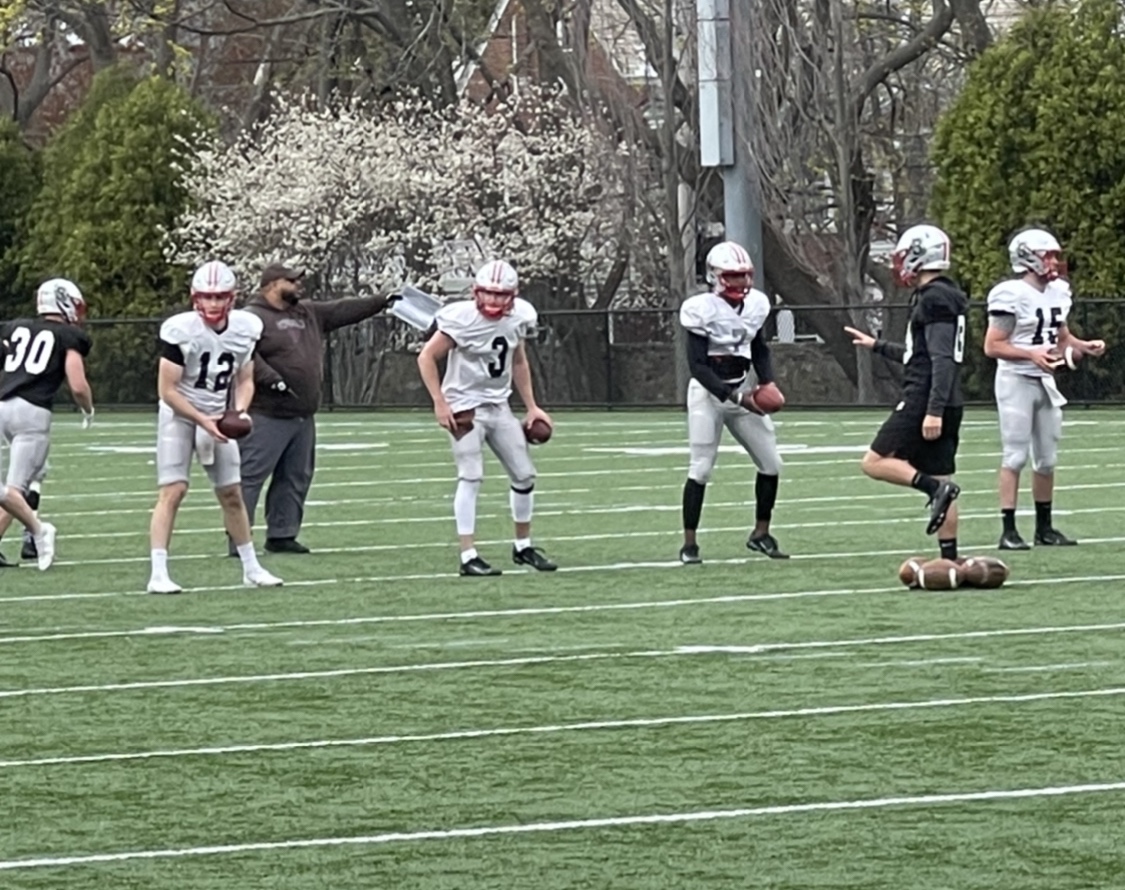 1. Quarterback Competition: The quarterback job is wide open. Senior Aidan Gilman, junior Jake Willcox (Everett) and sophomore Courtland Dicks got the majority of the snaps with Gilman getting starter reps.

The job is definitely open and based on what I saw, there is no clear cut leader in the competition. It will carry over into fall camp. Coach Perry talked about the quarterbacks room and the depth the staff has built up in recruiting.

“Depth is everything. In Ivy League Football, you’ve got to have depth. One of my objectives when I first got hired was to build depth throughout the roster. Perry continued, “It the quarterback position it expresses itself that when you lose a great player, you don’t plug and play a guy to replace E.J but we’ve got a great competition because we’ve recruited well at the position and those guys have responded well.”

Whoever does win the competition in fall camp will be throwing to a talented skill group that can make plays. 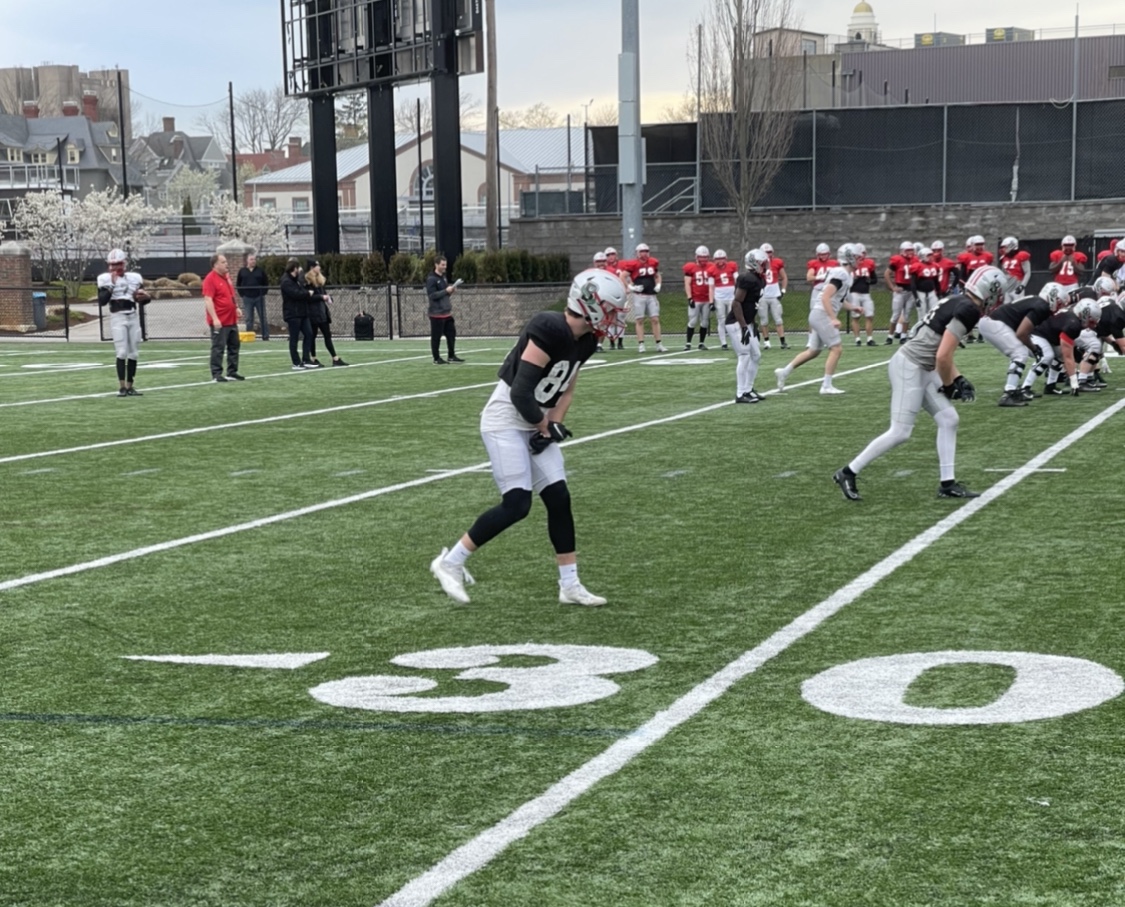 Brown returns a diverse skill group that can make plays in all three levels of the passing game. Senior Wes Rockett leads the way along with junior Graham Walker. Both were superb last season but they are not the only impact receivers on this team. Seniors Hayes Sutton and Allen Houston Jr along with sophomore Sammy Baddoo and junior Mark Mahoney round out the receiving corp. All of them bring a different skill set to the table and they complement each other well.

Rockett talked about the skill group.

“I think we have a lot of flexibility. I think the tight ends are going to get split out too. A lot of the running backs are out in empty too so we’ve got a lot of versatility, a lot of depth and a lot of talent in the receiver room especially.”

Brown returns senior tight end Christopher Boyle who figures to be a bigger part of the passing game. They must replace running back Allen Smith but they plenty of talent at running back. Sophomores Jordan Delucia, Kenyon Graham and Owen Stockton are among the backs competing for touches. Baddoo also figures to get some running back touches as well. 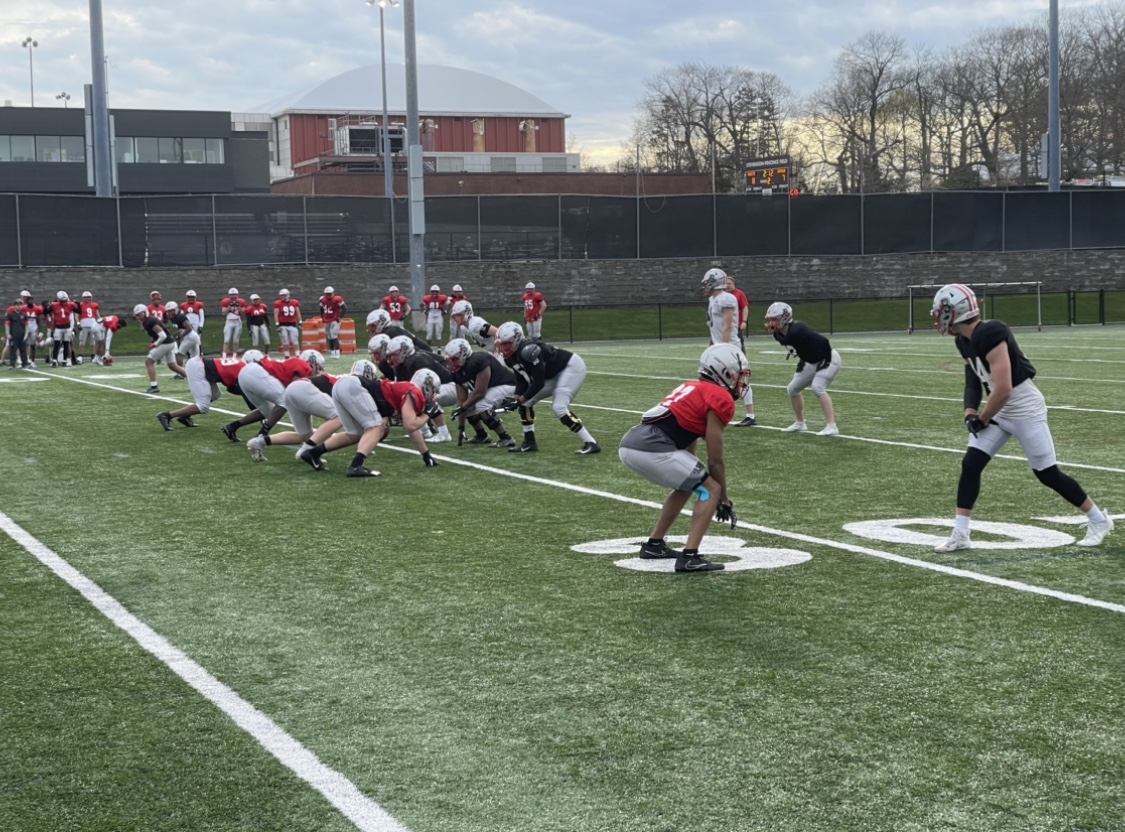 3. Defense looks bigger and faster: The Bears struggled defensively last season but after what I saw yesterday, expect them to bounce back this season and play much better.

You can see the physical difference in the defense in comparison to last season. The Bears were young and not as developed physically. It is a different story this season.

Senior safety Josh Ofili talked about the commitment in the weight room this past winter and how it has made a difference for the guys on defense.

Improvement on defense will be key for the Bears if they want to turn their fortunes around in 2022. The defense looks bigger and faster physically and that should translate to more success on the field.