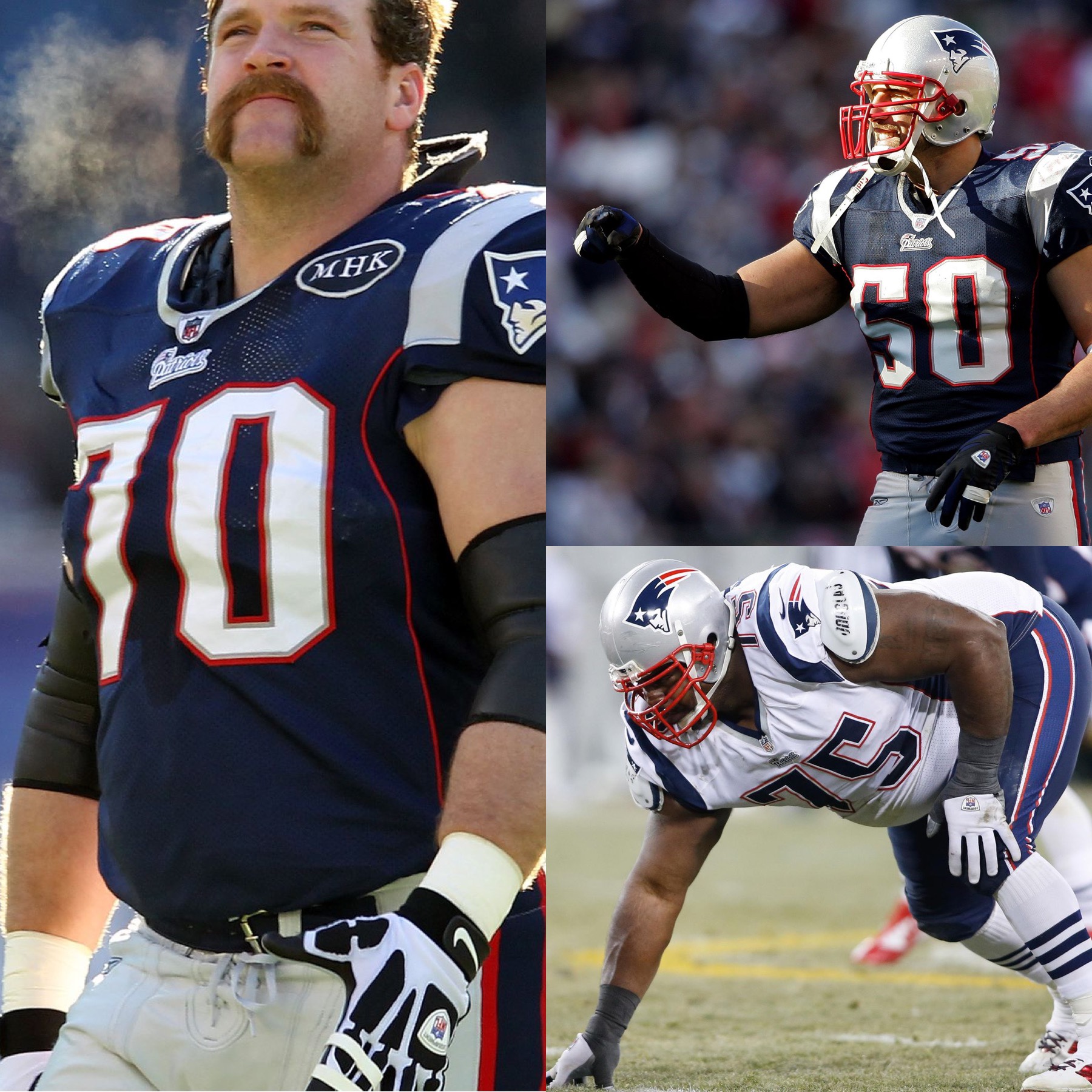 Three staples of the Patriots Dynasty are the three finalists to be inducted into the Patriots Hall of Fame this summer.

Linebacker Mike Vrabel, guard Logan Mankins and nose tackle Vince Wilfork were the three finalists announced yesterday. While I am happy for these three gentleman and I think they are deserving based on the careers they had, I am bothered that Bill Parcells once again did not make it to this stage of the process.

Mike Vrabel joined the Patriots as a free agent prior to the 2001 season. During his eight year career in New England, Vrabel epitomized what it meant to be a Patriot. His versatility was a hallmark of the first half of the dynasty. Not only did Vrabel play defense, he played some snaps on offense as well. Vrabel caught ten passes as a Patriot. All ten were for touchdowns.

Logan Mankins was drafted in the first round of the 2005 Draft out of Fresno State. He played nine of his eleven seasons with the Patriots. The three-time team captain earned six Pro Bowl selections and six All-Pro honors (2007, 2009-13) during his time with New England, including first-team Associated Press All-Pro honors following the 2010 season. The remarkable thing is, Mankins was a tackle in college and converted to guard in the NFL. His versatility was an integral part of his game as he also played left tackle for the Patriots as well.

Finally, Vince Wilfork was selected with a first round pick in 2004 draft out of Miami. The former Hurricane was a dominant force in college and continued to torment the opposition in the NFL as a nose tackle for the Patriots.

Wilfork played 11 of his 13 seasons with the Patriots, helping them win two Super Bowls. He is one of the most recognizable faces in franchise history and a popular player with his teammates and fans alike.

Vrabel is a finalist for the sixth straight time, while Mankins and Wilfork are both first-time finalists.

Fans will determine who ultimately gets into the Patriots Hall of Fame later this summer.