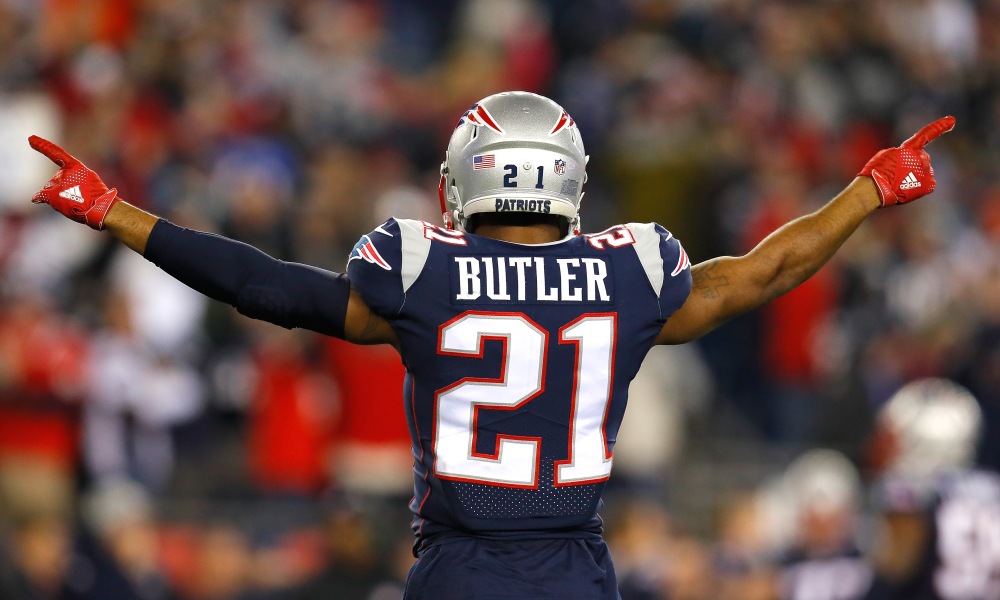 
There was a familiar face back in the building at Gillette Stadium on Monday, a face no one really thought they’d see around here again.

With the the offseason program officially beginning, Malcolm Butler was back in the Gillette Stadium facilities for the first time since his awkward departure in 2018 following a benching in the Super Bowl. To this day, that loss to the Eagles still provides the biggest second guess in the Bill Belichick era when Butler didn’t sniff the field defensively as guys like Jordan Richards and Johnson Bademosi got beat regularly.

We may never know what happened, mostly because both Belichick and Butler have apparently agreed to a mutual understanding that the incident shall never be spoken of again. Butler – like all of us – is a bit surprised he was able to come back given how things ended.

“I didn’t expect to come back to New England,” he admitted a Zoom call Monday afternoon. “I always had respect for the New England Patriots. Mr. Kraft, Johnathan Kraft, Bill Belichick and one thing I’ve learned, you never burn your bridges down and you handle situations as a man, as a grown up. If I didn’t do that I don’t think I would have had the opportunity to come back here, so I’;m pretty sure I made a good decision by acting like a grown man.”

Butler quickly learned that things don’t change much when you’re a member of the Patriots.

What makes the return to New England even more remarkable is the fact that Butler was retired. The former Titan and Cardinal sat out last season and touched on that decision, as well as the one to ultimately come back.

“Bill Belichick always says do what’s best for the team, at that point I think I did what was best for me and my family,” said Butler. “If you’re not prepared mentally, you can’t do nothing physically, so I think I made the right decision by doing that. I came out of retirement because I love the game of football. I’m blessed to have another opportunity to play, thanks to the Patriots.”

Does Butler believe he can still contribute at a high level?

“It ain’t happening like that over here,” he said sternly when asked about his confidence level of returning to a high level of play. “I’m confident. I got it. I worked hard, I didn’t sit on the couch all offseason. I’m confident in myself and I wouldn’t be here if the Patriots didn’t think the same. I’ll defeat the odds, I’m telling you now.”

Butler was eventually pressed on the the Super Bowl LII issue and if Patriots fans were hoping to get some closure, his response didn’t help the cause. In fact, there was a crypticness to it that only fans the flames a bit more.

“I ain’t got too much to say about that, man,” Butler responded when specifically asked if there was anything he wanted to clear the air about from that game or that week as a whole. “I’m trying to live in the present, you can’t think about the past all the time. I’m moving forward from that. I know it’ll always be there, but I haven’t said anything to anybody about anything, so you going to have to keep doing your research or whatever you gotta do.

“I’m here for the Patriots, I’m here to keep peace.”

February 4, 2018 will remain one of the greatest mysteries in Patriots history, but both Bill Belichick and Malcolm Butler have apparently been able to put that aside for the sake of business. If Butler is able to contribute – and the Patriots absolutely need him to – then maybe one day we’ll all be able to joke about that missed opportunity in Minnesota when Butler is part of another championship run.

Until then, it will be nearly impossible for fans not to have it somewhere in the back of their minds while watching No. 21 break up a pass or grab an interception on Sundays.