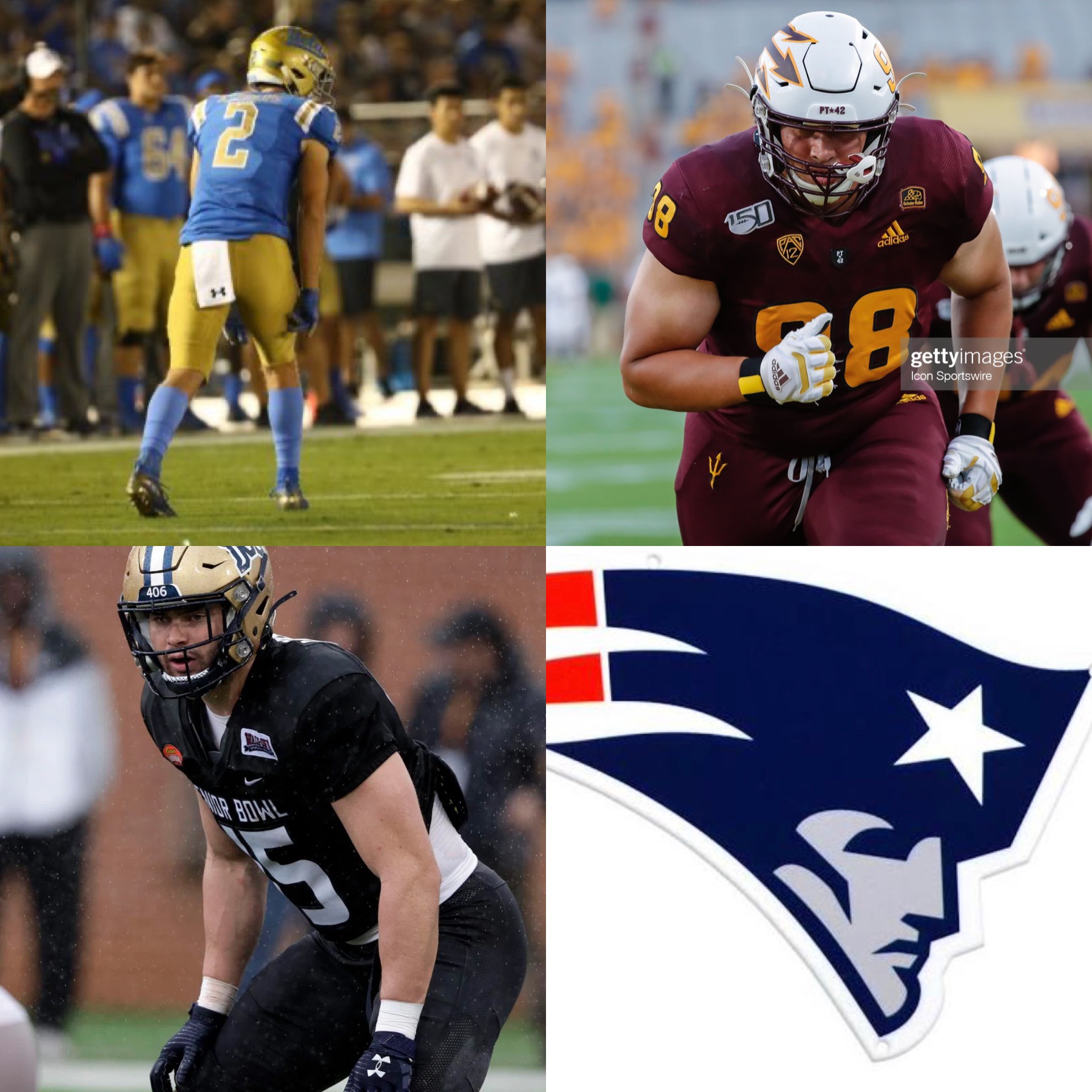 When it comes to the Patriots and the NFL Draft, you never what they are thinking when it comes to players. If you have covered the draft as long as I have however, you develop a pretty good understanding of what they are looking for in terms of body types, scheme fit and backgrounds.

So , I thought I would give you a list of ten players that I think would be good fits for the Patriots based on what they look for.

Here are ten players I would love to see the Patriots draft.

Kyle Phillips, WR, 5-11 189 UCLA: Phillips has good footwork and he creates separation off the snap. Runs clean routes and has consistent hands. A smart player who could thrive in the Patriots passing game.

D.J Davidson, DT, 6-3 327, Arizona State: Davidson is a space eater who could play either nose tackle or as a shade tackle. Bill Belichick loves defensive tackles with width who can get inside hand placement and control blockers. Davidson can do that and collapse the pocket.

Jalyn-Armour Davis, CB, 6-0 197 Alabama: Armour-Davis is long and plays physical as a squat Cover 2 corner. He is best served playing in zone as a funnel flat corner or in match man. He can be inconsistent but his length, versatility and skill are an ideal fit in the Patriots defense.

Ja’sir Taylor, CB, 5-11 188 Wake Forest: Taylor is a high I.Q corner who can play outside or in the slot. He is smooth and fluid. He can stay in phase vertically but he does lose position at times. He needs to be better in one on one situations. Taylor returns kicks as well which enhances his value.

Wan’Dale Robinson, WR, 5-8 178, Kentucky: Robinson can be a difference maker in the slot, out of the backfield and on the line. He is explosive in space. Runs clean routes and can break defenders down in space and separate. A legitimate weapon who can be a factor on jet sweeps, reverses and as a receiver. Robinson can also return kicks.

Cade Mays, OG, 6-4 311, Tennessee: I love Mays from a technical standpoint. He plays with natural bend, has strong hands and gets movement at the line of scrimmage. Mays is also a solid short area pass blocker who can punch, reset and adjust. Can play heavy footed at times and has stiff ankles but Mays is athletic enough to play guard or tackle.

Troy Anderson, LB, 6-3 243, Montana State: The most physically gifted linebacker in this draft. Yes. I think he is more gifted than Devin Lloyd and Quay Walker. Anderson is a three down linebacker who can play on the ball, off the ball and is affective blitzing from depth. He has fluid hips in zone coverage and can cover underneath receivers. Anderson has the athleticism and speed to match up with back out of the backfield as well. A highly under rated player that is a second round talent in my opinion.

Joshua Ezeudu, OG, 6-4 308, North Carolina: Ezeudu can play guard or tackle. He moves well vertically and laterally as a run blocker. Ezeudu has good feet and he mirrors and punches effectively in pass pro. He also does a good job of bending and moving in space when he pulls. Ezeudu is a player the Patriots have been linked too. Given his size, length and versatility, it is not a surprise.

Sam Williams, EDGE, 6-3.5 261, Ole Miss: Williams has good length, he’s explosive and has twitch to his game. He has an explosive first step and he can make plays from the back side. He also has strong hands and can strike, sink and anchor against the run. The Patriots traded Chase Winovich so they obviously think they have enough at EDGE. If they decide to address the position, Williams would a terrific value pick in the third round.

Phidarian Mathis, DT, 6-4 310, Alabama: Mathis has the length to play either the three technique defensive tackle in a 40 front or the five technique defensive end in a 30 front. Mathis versatility coupled with his experience playing in Nick Saban’s pro-style will make him an attractive option for the Patriots, especially if he’s available late in round two or early in round three.