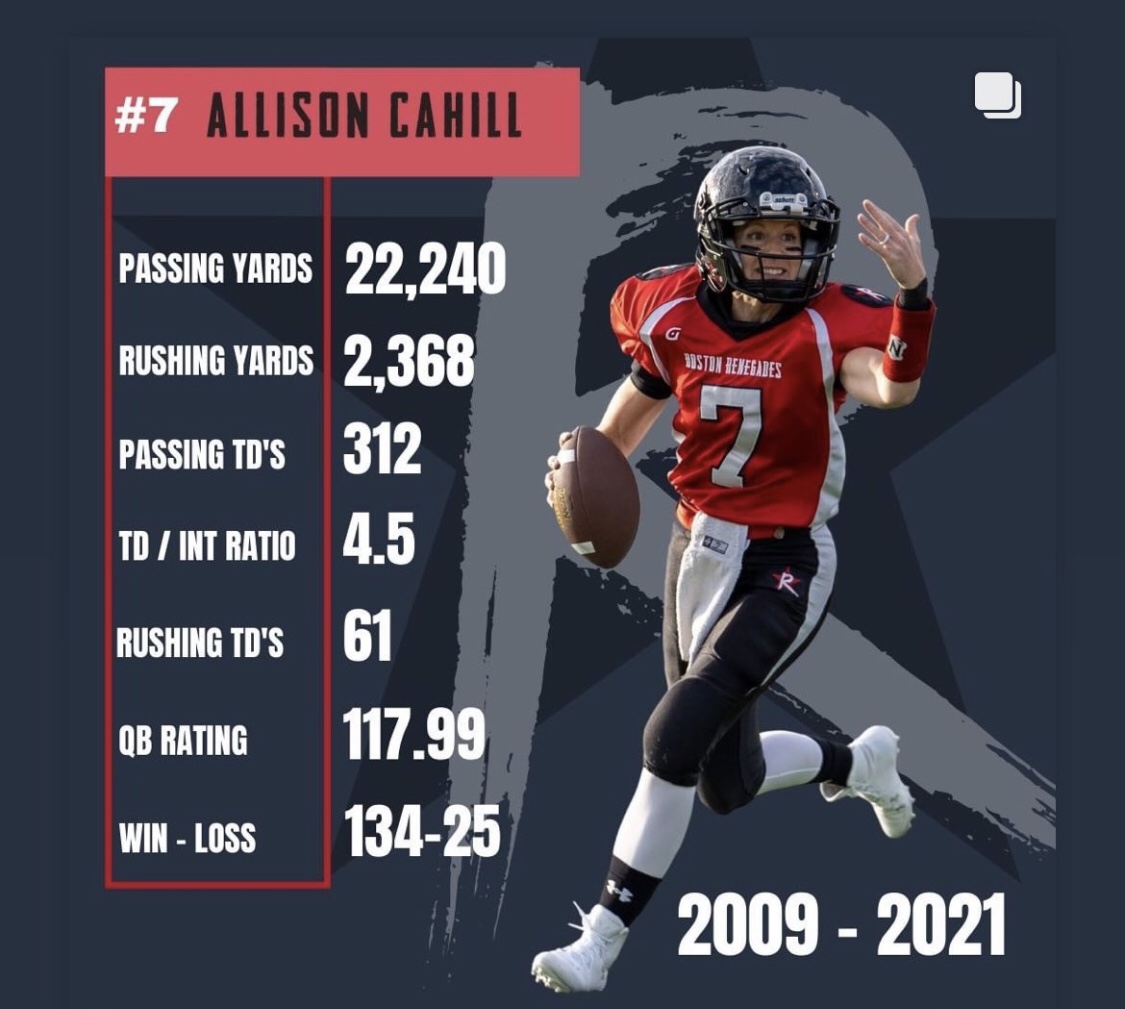 When you’ve played professional football for nearly two decades, there aren’t many things that can phase you.

When the Renegades open another title defense on Saturday against the D.C. Divas, six-time champ and four-time MVP quarterback Allison Cahill will be as cool as a cucumber despite some new faces on the team and a much bigger target on the organization’s collective back.

As we wrote in our preview on Thursday, there is a lot of talent and depth at each position for Boston, but assimilating some new faces into unfamiliar roles as quickly as possible is ultimately what will be the biggest factor if the Renegades are going to get off to a hot start. With Cahill leading the way, fans should be confident that chemistry and team bonding happens fairly quickly.

“Looking forward to taking the field tomorrow. I’m most excited to see how some of our first and second year players step into more prominent roles,” Cahill said via text Friday morning. “They’ve worked their butts off, and it’s their time.”

Much like the Patriots use OTA’s to get rookies and free agents indoctrinated into the Bill Belichick program, a lot of that assimilation has happened during an arduous preseason camp for Boston. In some pretty miserable March weather, the Renegades have done all the work and built up their mental toughness, now it’s simply about picking up where they’ve left off each of the last three seasons, dominating on the scoreboard and celebrating with a trophy at the end.

Even after all that, the great ones still get butterflies the night before an opener, right?

“No, no butterflies for me,” she said. Why you may ask? Because she has seen and experienced how devoted this team is to winning, so the process has ultimately led to this point. Now, it’s just about having some fun and (hopefully) showing the rapidly growing fan base just how good the team in red and black truly is.

“I trust my teammates and our preparation,” Cahill added. “Now we just get to enjoy the fun part after a long preseason.”