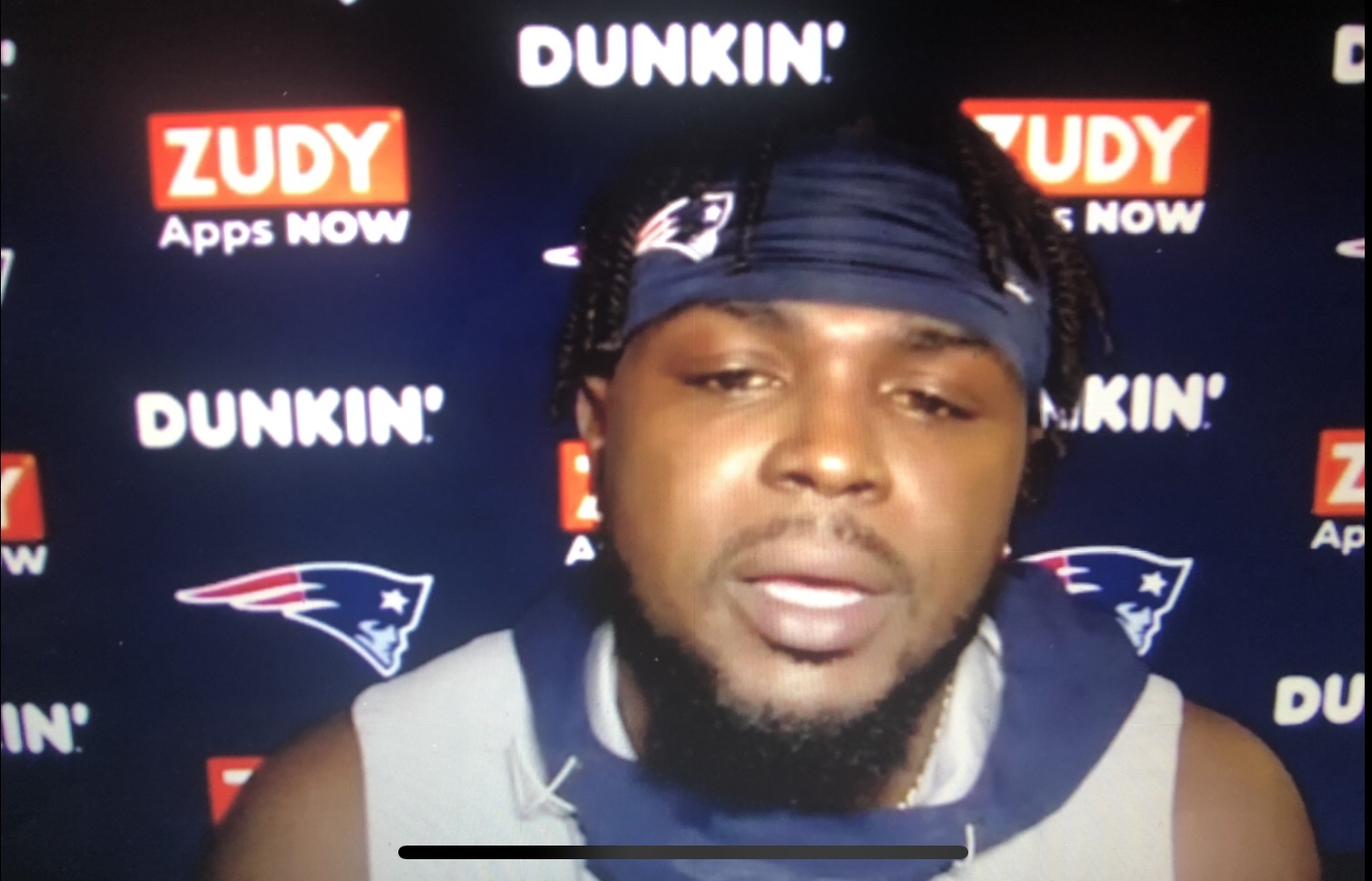 Jabrill Peppers met with the New England media for the first time virtually for just under 15 minutes on Tuesday afternoon, but it felt like he’d been here forever.

Peppers talked about why he decided to come here, his relationship with Joe Judge, whether he was surprised Judge was moving to the offensive side of the ball and what he’s most looking forward to learning under Coach Belichick, among other things.

“Playing for Bill, his understanding of the game, what he’s done for the game, the moment I had the opportunity to come learn from him, I definitely jumped at it,” Peppers said. “Scheme and culture. It’s no secret the dynasty New England has been and I wanted to come learn from Bill.

“There’s familiarity with the system as I played for a couple of his descendants, and Joe Judge, I have familiarity there. I love Joe, he came back to New England and I wanted to come join him. Now we’re here and I’m just excited to learn from some of the best coaches in the game.”

Speaking of Joe Judge, a lot has been name about how things ended for him in New York and even more has been made about taking over a significant role on the offensive side of the ball. Peppers was asked if he was surprised by the move.

“A little bit,” Peppers said with a laugh. “Back in New York he always kind of leaned towards the offense and favored them a little bit more. It’s not too much of a surprise for me, but it’ll be interesting to see what he does on the offensive side. I know him as the head guy and special teams guru, so it’ll be interesting to see him on that side and talk a little smack to him.”

What about his relationship with Judge when he was a captain? It hasn’t always been a pretty picture that’s painted when former players talk about what it was like playing for him, but Peppers had nothing but positive things to say. Peppers also added that his familiarity with Judge’s methods should help him get adjusted to the Belichick way of doing things quicker.

“Me and Joe, we had a great relationship,” he said. “Obviously, I wanted to continue that…I definitely think some of the things that he learned here or saw here he implemented (in NY), so I don’t think it’ll be too much of a culture shock for me. Even just watching the workouts the guys are doing while I’m in the building, there’s some carryover from when we were in New York.”

For all of the people who continue to say free agents don’t want to play here without Brady, that may be true, but not everyone is of that mindset. Peppers is looking forward to picking Belichick’s brain as much as he can.

“I’m just looking forward to learning,” he said. “He’s seen a lot of ball, he’s coached in a lot of eras, so I’m just more so excited to pick his brain, see things how he sees it. I’m curious to see how he watches film, how he break down the opposing offenses, just things like that Playing for people who coached in this system made it a no-brainer for me as well. The familiarity there.

“I’m sure I’m going to have to learn new terminology and things like that, but overall. the scheme is the scheme. I’m just excited to come in here and help these guys any way I can.”

Some of those guys Peppers is coming in to help are Devin McCourty, Adrian Phillips and Kyle Dugger. That safeties room also played a major factor in his decision to come to Foxborough.

“I haven’t met all the guys yet, but I’m familiar with them,” he added. “AP has done a great job in this league, Kyle Dugger is doing his thing, I think he’s coming into his own. I definitely think it’s a good thing we can compete with each other and piggy back off each other. You’ve got guys who played a lot of ball in this league.

“Even though Dugg’s young he’s played a lot of ball in this league and then e can all lean on D-Mac, he’s seen it all. I’m just excited to come into that room and play with those guys and compete with those guys. I definitely think it’s going to be good.”

The words familiar and familiarity were thrown around quite a bit on Tuesday. If it turns out that familiarity means a quicker start in camp and immediate results on the field, then the Pats may have hit a home run with this signing despite the somewhat mundane reaction from the fan base.