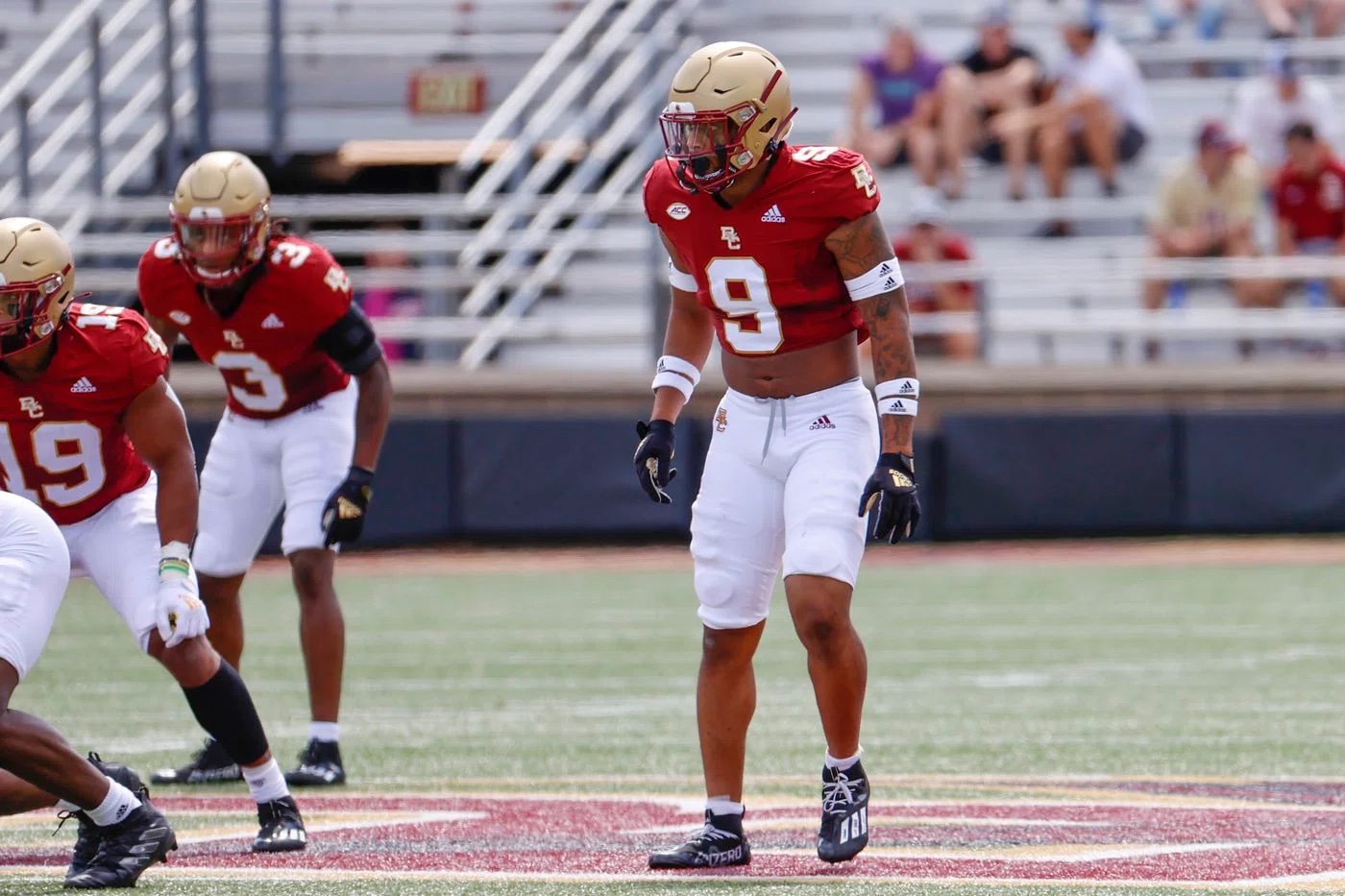 Safety Jaiden Woodbey transferred to Boston College from Florida State last off-season. A little more than a year after his arrival, Woodbey has become the leader of one of the most talented secondaries in the ACC.

The Eagles secondary was impressive in Saturday’s spring game and the reason for that according to Woodbey is in the details.

“I feel like we pay attention to the details. I feel like our coaches take pride in that as well, it trickles down to us.”

A major reason for Woodbey’s success with the Eagles is his ability to wear multiple hats. He is versatile. Woodbey is a 3×3 safety meaning he can play on all three levels, all three downs. When asked about the ever changing responsibilities for safeties, Woodbey talked about the importance of being versatile.

“Just being able to be versatile. I feel that’s one thing that separates me. I feel like I can play in the post or in the box. Play in the zone, play man on a running back. I feel that versatility is what helps this defense be elite and allows me to show my versatility.”

Woodbey is part of a secondary that also features cornerbacks Josh DeBerry, C.J Burton, Elijah Jones and Jason Maitre. The group collectively calls themselves “The Jungle.” Woodbey explained the meaning behind the nickname.

It is that mentally and edge that the entire group plays with that makes them special. Being a leader in a talented secondary is one thing but Woodbey expects more out of this secondary. When asked what his expectations were, Woodbey kept it simple.

“Win a championship. To win the ACC. That’s our mindset. If that’s not your mindset, you shouldn’t be here. That’s the standard. We have high expectations and I expect us to reach them. I play a major part in that, being a leader and making plays.”

Woodbey’s leadership is a big reason why he won the Jay McGillis Memorial Scholarship on Saturday. When he was asked what the award means to him, Woodbey was honored to be the recipient.

It is major. In a short amount of time, Woodbey has become a big part of the B.C community and the football program. He is a leader at the school and is a great representation of what Boston College is all about, on and off the field.