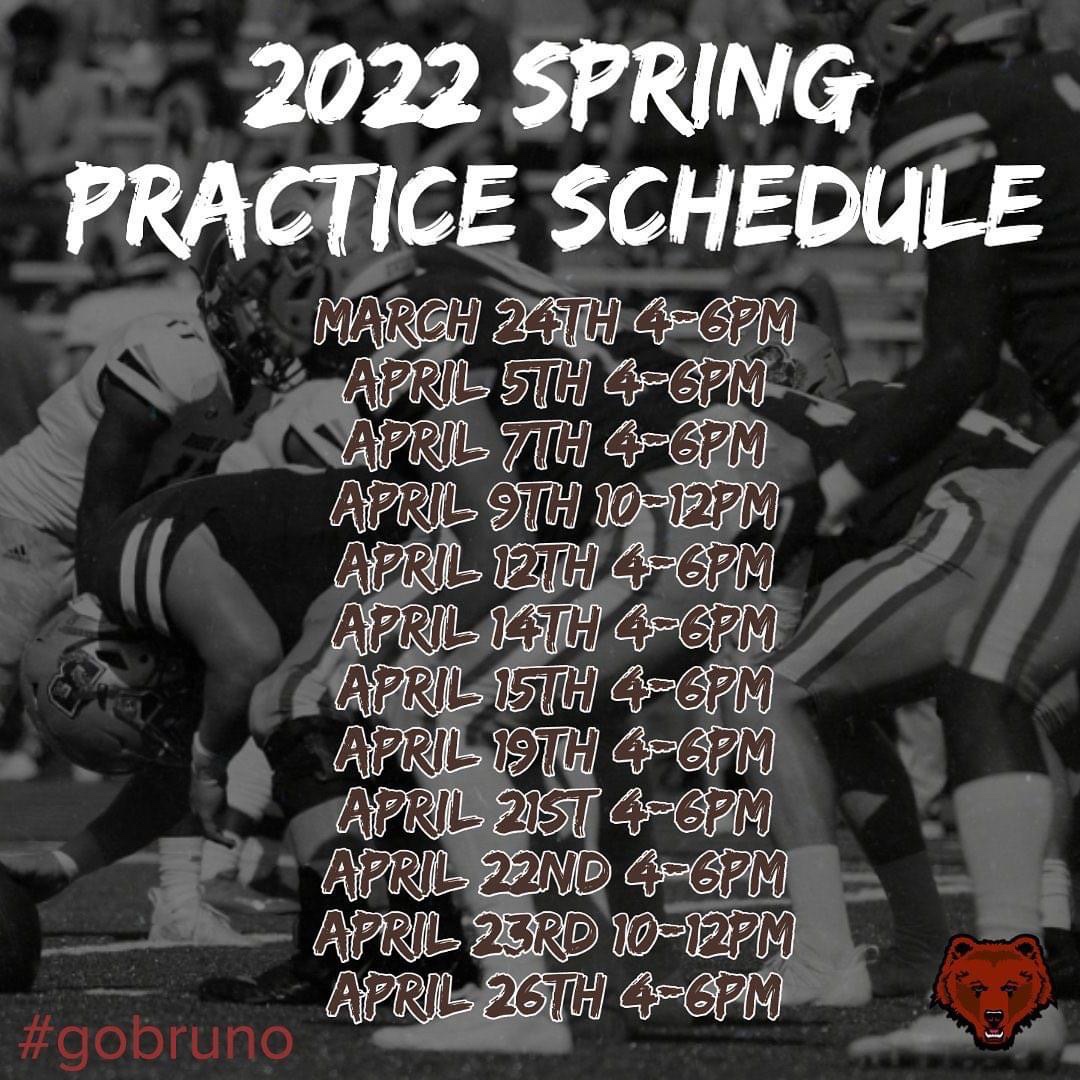 The Brown Bears kicked off spring practice on March 24th. After a week off for spring break, they returned to practice this week.

The Bears finished 2-8 last season beating Colgate and Cornell. The Bears were competitive despite losing eight games. They were young, especially on defense particularly in the secondary.

Brown returns several key players from last seasons’s team but they have a gaping hole at quarterback with E.J Perry graduating. Replacing Perry, offensive tackle Chad Broome Webster and running back Allen Smith will not be easy. That is a lot of production.

Head coach James Perry and his staff have recruited well so there is some young talent on the roster ready to step up.

Here are five things to watch for at Bears practice.

1. Who replaces E.J Perry? The reigning Ivy League offensive player of the year was a Walter Payton finalist and one of the best players in the nation last season at the FCS level.

Perry has followed that up by playing well in the East-West Shrine game and garnering game MVP honors. He also had a strong combine and pro day.

Replacing Perry is a daunting challenge but the Bears have a stable of young quarterbacks they like. Juniors Aidan Gilman and Michael Walsh will get the first crack but there is quartet of talented young quarterbacks behind that will compete the starting job this spring. Sophomores Jake Willcox and Nate Lussier will push to start as well while freshmen Courtland Dicks and Will Jarvis will continue to develop.

2. Young defense must show improvement: The Bears struggled on defense last season. They were young. That young defense must take the next this spring and improve. Defensive coordinator Tim Weaver has been around a long time. He is a good coach. He will get this defense turned around and that turn around starts this spring.

3. Skill aplenty: The Bears have a lot of talent returning at wide receiver and tight end. Seniors Wes Rockett, Hayes Sutton, Allen Houston and tight Christopher Boyle are all poised to have a big season in 2022. If the Bears can settle on a quarterback, this group will put up big numbers. It will be interesting to watch them gel with the quarterbacks this spring.

4. Develop upfront: The Bears have talent along the offensive and defensive lines. That talent needs to develop further this spring. The Bears need to set a more physical tone up front, especially on offense. They are going to run the ball more in 2022. The tone needs to be set this spring.

5. Take the next step: The Bears need to show improvement in 2022. The path to getting better starts now. Brown needs to have a good spring to set the tone for the fall.

Fundamentals, developing the quarterbacks, getting better on defense and developing a physical mentally will be the focal points this spring.